“There is no us without him.” 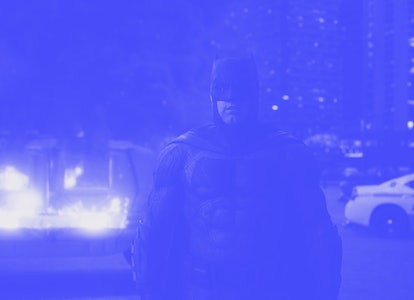 Batman is a family man. You just wouldn’t know it by the movies.

In nearly every single one of Bruce Wayne’s big-screen iterations, the Dark Knight is presented as a lone wolf fighting a one-man crusade against crime. It’s a popular way of looking at him, sure, but it’s not the only way, and it’s perhaps not even the most accurate way.

It’s in this way, if no other way, that Zack Snyder’s Justice League contains the best cinematic Batman — and by process of elimination, it’s not particularly close.

In the so-called Snyder Cut, Batman (played by Ben Affleck) has accepted the healing power of teamwork, assembling a crew to smack up Darkseid. It feels like a breath of fresh air, despite the fact that this is actually really common for the comic book version of Batman.

Scan the comics, and you will see a group of trusted confidants, friends, and family as sprawling as Batman’s infamous rogues' gallery. The long but incomplete list includes Dick Grayson, Jason Todd, Damien Wayne, Barbara Gordon, Luke Fox, Kate Kane, Duke Thomas, Tim Drake, and oh so many more. Together, they make up a small army of winged vigilantes, an ensemble that’s actually recognized by DC Comics as the “Bat-Family.”

Whatever my gripes are with the “Snyder Cut” even now, this is something I relish in its version of Batman. With a Bruce Wayne who is more open to others, the Snyder Cut gives me a glimpse into a Batman that doesn’t exist to casual moviegoers but is in fact the true Batman who lives on the page: Batman was somebody who lost a family, and spent the rest of his life building a new one. I disagree with Snyder on a lot of things, but here, we have common ground.

Oddly, the second-best version of an on-screen Bat-Family comes in the form of another DC Comics movie with its fair share of controversy: 1997’s Batman & Robin. Joel Schumacher’s movie ended with the most assembled Bat-Family yet: Bruce Wayne (George Clooney), Robin (Chris O’Donnell), and Batgirl (Alicia Silverstone) all together in front of a lit Bat-Signal.

It was the last time we saw Batman on screen for literal years.

Enter: Christopher Nolan, who brought the Dark Knight to gritty, Year One-esque roots in 2005’s Batman Begins. And because Nolan was Nolan, he never took interest in the others. Batman is Gotham’s only hero, as far as Nolan was concerned. There is no Dick, no Jason, no Tim. Sure, there’s the Dark Knight Rises “reveal” that Joseph Gordon-Levitt’s John Blake was a Robin in his own right, but ... in reality, there was no Nolan Bat-Family to speak of.

For better or worse, Nolan set a standard for Batman into the Snyder Era and beyond. While Snyder does have characters like Robin canonically exist, they exist only as ghosts to a haunted Bruce who is so lonely that Alfred (Jeremy Irons) roasts him about it.

I get Snyder was aiming for something poignant about Batman. By starting him out as a weary and fatigued 20-year veteran who has already lost his family twice, Snyder gets to have something of an arc for Batman to once again go from vengeful loner to level-headed team leader.

Now, on the other side of the Snyder Cut, we find ourselves again at another new era of Batman (through Matt Reeves’ The Batman), and still, no Bat-Family to be found.

Sure, the former DC Universe/now HBO Max series Titans has a live-action Dick Grayson the movies have denied. But the show is still zeroed in on Dick as part of a different ensemble than the very specific and potentially very rich Bat-Family dynamic.

Even if the Snyder Cut doesn’t have Nightwing and Red Hood, it has a Batman you can envision leading them. Affleck’s Bruce Wayne embraces his fellow Justice Leaguers with an openness and vulnerability you can imagine applied to the likes of Tim Drake, Barbara Gordon, and the rest. Whatever else you want to say about the Snyder Cut, at least it has a family-focused Bruce, and not just one who mourns the death of his parents.

Maybe one day soon we’ll see a proper Bat-Family in these popular movies. And only then will non-comic book audiences finally see the true Batman. Not a superhero who is still driven about his lost family, but driven to keep the one he’s built.