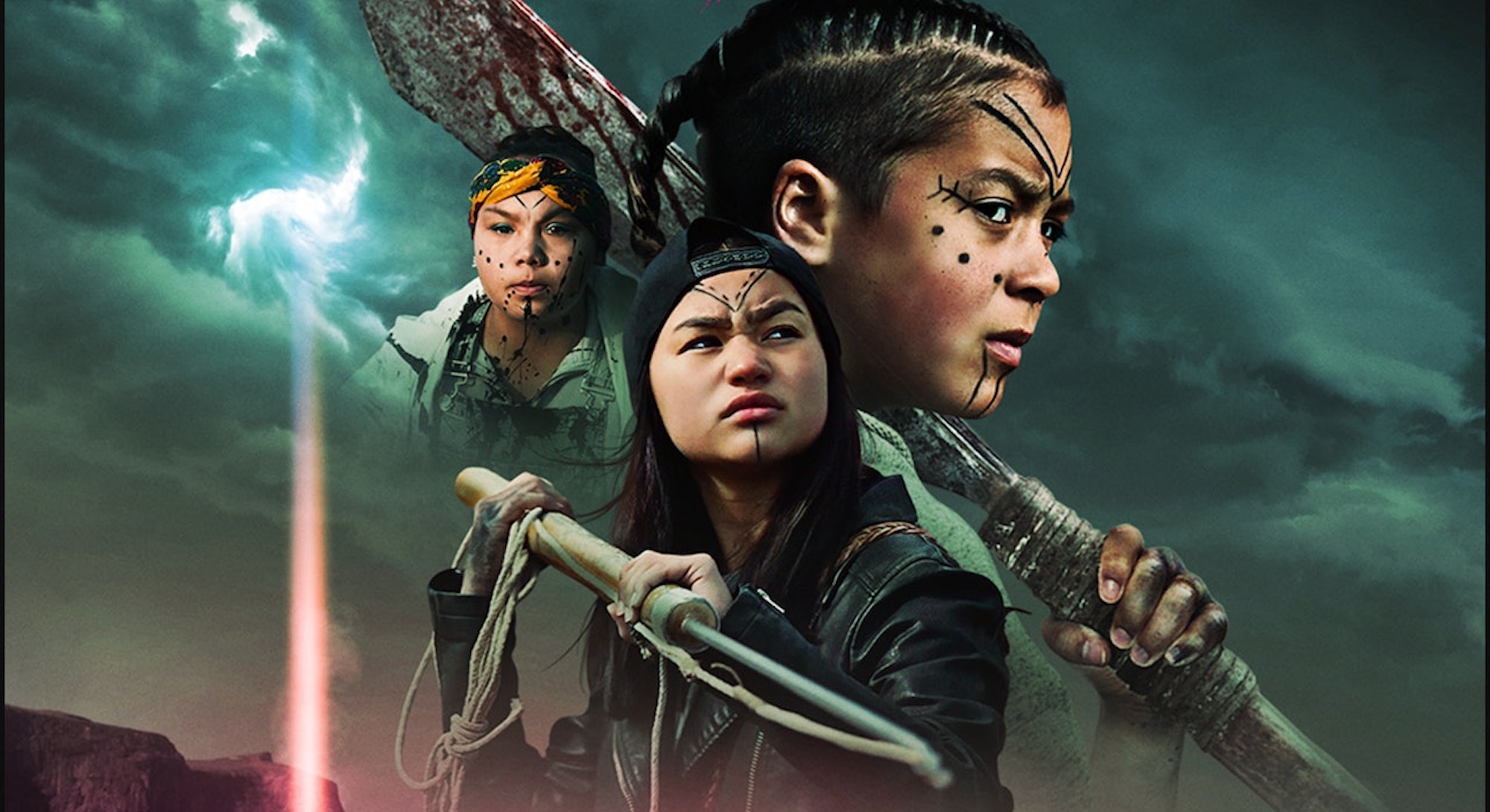 It’s a good time to be an Indigenous creator in Hollywood.

Between TV sensations like FX’s Reservation Dogs and AMC’s Dark Winds, and movie knockouts like Hulu’s Prey, mainstream audiences are finally turning out to support more Indigenous stories and stars.

SLASH/BACK may be a flagrant spiritual successor to John Carpenter's The Thing, with touches of The Goonies, Attack the Block, Stranger Things, and Invasion of the Body Snatchers, but it carves out a unique space in cinematic history.

A sci-fi horror flick made by Inuk filmmaker Nyla Innuksuk specifically for young Inuit and Indigenous women, who rarely see media starring people like them, SLASH/BACK isn’t a common Hollywood product. It does, however, have what it takes to be a trendsetter.

Given that the broader Inuit population is estimated to be around 180,000 people, odds are high that you aren’t the core audience of this freaky indie flick. But SLASH/BACK will give you something recognizable and relatable to make you laugh, cry, and scream, even if its cultural and regional references sometimes whoosh over your head like a UFO.

Maika (Tasiana Shirley), an Inuk teen who struggles to feel love for her sleepy Nunavut hamlet of Pangnirtung (or “Pang” for short), has spent her sunny summer biking and boating around with her ragtag friends Leena (Chelsea Prusky) and Jesse (Alexis Wolfe), and her pesky and punk little sister, Uki (Nalajoss Ellsworth), who insists on always tags along. The girls are preoccupied with their limited cellphone data plans and the one “hot guy” on the island when an “effed-up” polar bear tries to attack Uki.

The bear stumbles around like an inebriated buffoon and looks like it’s wearing its own flesh as a bodysuit. Some of the girls chalk up the bear’s weird behavior to rabies, while others claim it must be an ijiraq, a creature from Inuit folklore that kidnaps children.

Suddenly, Maika, Leena, Jesse, and Uki, along with crushes, siblings, and any young person willing to use makeshift weapons and horror movie knowledge against a bunch of tentacle-y mutants, battle extraterrestrials threatening to take over every living being in their village.

It may not be much of a surprise, but these teen renegades show the aliens they can’t mess with Pang. The twists aren’t all that twisty, but SLASH/BACK is such a fresh and frightful ride through utterly resplendent outdoor digs, that you’ll be having too much fun to care about its wafer-thin mystery.

An important step for indigenous representation

SLASH/BACK’s setbacks are few. Its pacing, for example, could be tighter — some action scenes drag on for far too long, which will leave viewers getting a bit too familiar with the monsters that are supposed to tingle our spines. Others fly by too fast, skipping opportunities for more character development and world-building in a spellbinding and moonless setting likely foreign to a large swath of viewers.

Perhaps where SLASH/BACK is at its weakest is when you take a hard look at its practical and special effects. Unfortunately, given its nightless Arctic summer surroundings, it’s easy to scrutinize its (literally) cheap shocks. Low-budget horror tends to fill in the gaps with the goods that money can’t buy — a plot, a script, and camera work that fabricates the dread bad VFX simply won’t — but Innuksuk’s SLASH/BACK isn’t as confident in itself as it should be to hide those flaws.

It’s important to remember, however, how groundbreaking SLASH/BACK is, and how much potential both its director and its young stars have.

In a note for the press, Innuksuk wrote, “The title sequence for Slash/Back is a special one for me because there is something very familiar about seeing kids on bikes in their hometown in movies, but this isn’t the Goon Docks or Southern California. This is Nunavut, one of the most remote and beautiful places on the planet. I think it’s important to be able to see yourself in different types of stories, and this is primarily a movie for Inuit.”

After receiving fanfare at South by Southwest, and a stellar critical reception on Rotten Tomatoes, Innuksuk uses the horror landscape to galvanize the Indigenous women creators and viewers both inspired and represented by SLASH/BACK.

“Slash/Back is a personal film. It deals with teenagers processing shame in their Indigeneity as I did when I was growing up. It channels the stories I wished I would have seen when I was a child in love with movies,” Innuksuk added.

We’ve been spoiled by a modern generation of scary movies that actually takes their frights seriously, and have the price tags to satisfy genre fans looking for more high-brow sophistication alongside the adrenaline rush of convincing terror. But if audiences can set their expectations for dazzling and expensive-looking horror spectacle aside, there’s no doubt that Innuksuk’s homegrown monster flick will warm hearts. And make them skip a beat, too.