Fury of the Gods

“Say my name, so my powers may flow through you.” 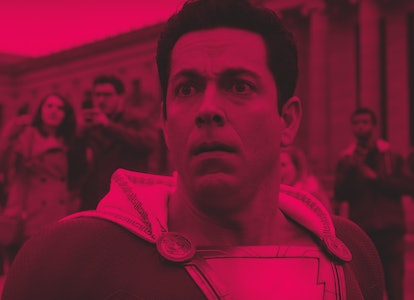 Shazam! Fury of the Gods is bringing back a character previously believed to be dead.

The highly anticipated superhero movie sequel began principal photography earlier this year, and its creative team hasn’t been shy about teasing fans with glimpses from its set. Director David F. Sanberg released a tongue-in-cheek video of star Zachary Levi suited up as the film’s titular hero in early June. A few weeks later, he shared an image of the Shazam family standing around in their superhero suits.

Now, some new leaks from the Fury of the Gods set have revealed that actor Djimon Hounsou will be reprising his role as the Wizard from the first Shazam! in the sequel.

The Leaks — A week ago, photos from the Shazam! Fury of the Gods set initially confirmed Hounsou’s return. The images in question saw him sporting the character’s signature gray hair again but done in a totally different style.

More recently, Hounsou was spotted filming scenes again on the Fury of the Gods set, including one sequence with actors Grace Fulton, Jovan Armand, and Ian Chen, who played Mary, Pedro, and Eugene, respectively, in 2019’s Shazam! Notably, Fulton is not only set to reprise the role of Mary in Fury of the Gods, but also the superpowered version of the character, replacing the actress who originally played that role in Shazam!

The Wizard’s Return — Hounsou’s return as the Wizard is surprising given that the last time fans saw him on-screen, he was crumbling into dust after naming Billy Batson (Asher Angel) his final champion. The character’s exit seemed fairly final at the time, but these set photos prove that’s not the case.

While the circumstances of the Wizard’s return are unknown, it seems highly likely that it could be the villainous goddess Hespera (Helen Mirren) and her sister Kalypso (Lucy Liu) that brings about his re-emergence in the film. Whether or not that also means the Wizard will help out in the celestial conflict that’s alluded to in the sequel’s title remains to be seen.

That said, the second batch of set photos continues to hint at the roles Billy’s foster siblings will play in Shazam! Fury of the Gods. The characters all had important supporting parts in the first Shazam!, but the creation of the Shazam family at the end of that film set up the possibility of its sequel being more of an ensemble piece than one led again solely by Billy. The fact that it’s Mary, Pedro, and Eugene who can be seen with the Wizard in these photos means that Fury of the Gods may actually follow through on that promise.

The Inverse Analysis — With the film’s theatrical release just a little less than two years away, fans will likely have to wait quite a bit for any more concrete plot details from Shazam! Fury of the Gods to be revealed. However, set photos like the ones linked above help provide some insight into the sequel’s story, which already looks far bigger and more ambitious than the first film.

As for how the return of Hounsou’s Wizard factors into everything, it’s hard to say, but the emergence of powerful villains like Hespera and Kalypso may ultimately force the Shazam family to seek out the help of the very person responsible for their powers.