Sam Richardson explores the "spectrum of niceness" in 'Werewolves Within'

“Normally, this character would be dead immediately.” 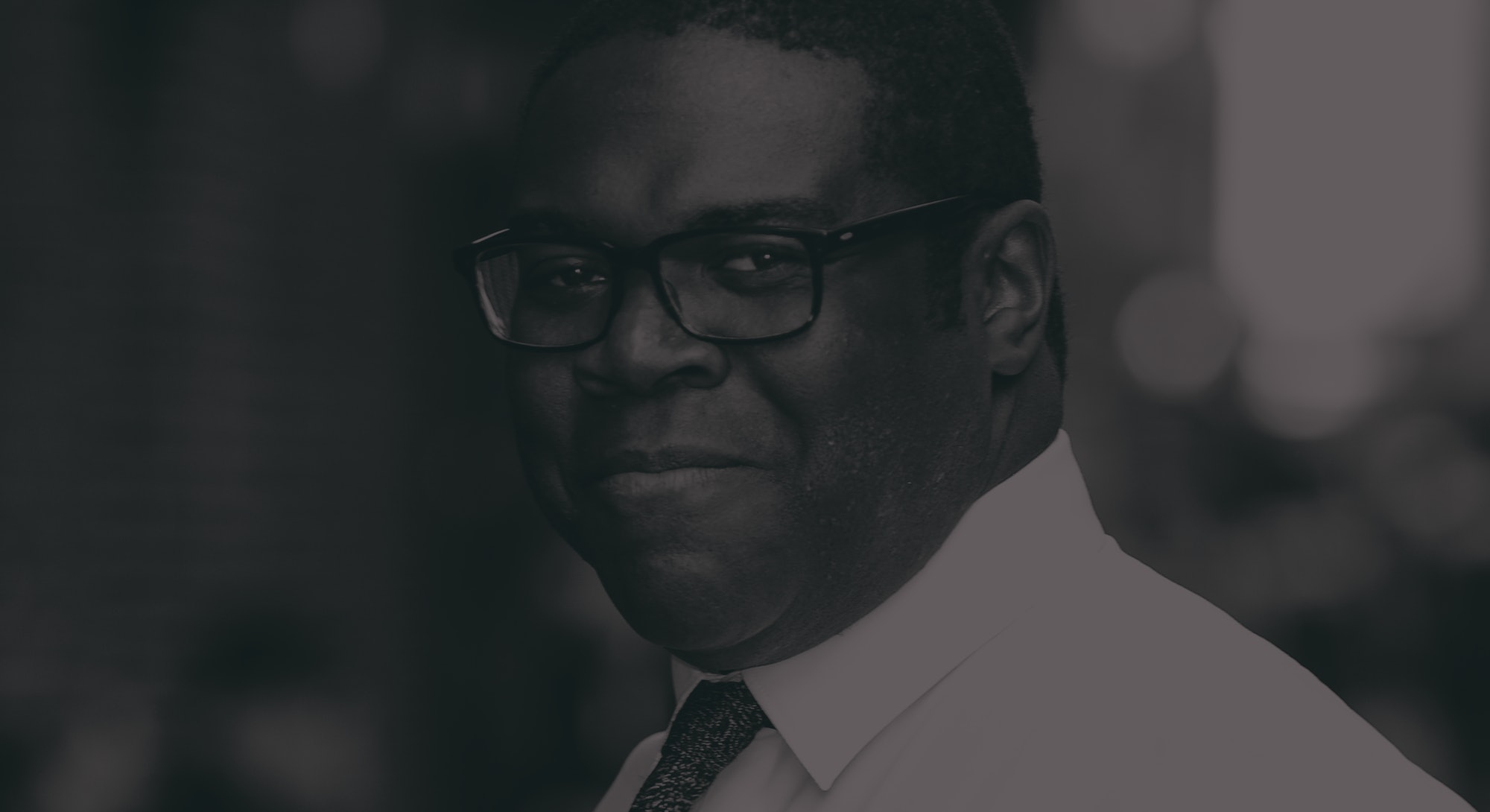 Sam Richardson likes playing the Nice Guy. In fact, he excels at it.

He’s so good at making nice that he’s brought the Nice Guy into a zone where his survival to the end of the movie seems pretty unlikely. Without fail, Nice Guys get killed, especially in a werewolf movie.

In Josh Ruben’s new horror-comedy Werewolves Within, written by Mishna Wolff and loosely based on the Ubisoft video game of the same name, Richardson portrays Finn, the new sheriff in town. His kindness and nature-loving ways are put to the test, though, when murders start happening and all signs point to a lycanthrope. You know, a werewolf.

“The spectrum of niceness is oftentimes overlooked.”

Richardson, 37 and hailing from Detroit, has explored the concept of niceness throughout his career, from Veep’s dimwitted political operative Richard Splett on Veep to energetic ad-man Sam Duvet on Detroiters, the short-lived sitcom he created and starred in with his comedic partner and real-life BFF, Tim Robinson.

For what it’s worth, he also seems to be a genuinely good guy. In a 2019 Men’s Health interview with Robinson, Richardson revealed that each of their phone calls ends with “I love you, bud.” He added, “There’s no airs between us. There’s no fear of lost masculinity. It’s very secure in that.”

But playing nice isn’t all that simple. In fact, it comes with its own transformations, albeit not as hairy as his new canine-cursed screen partner.

With Finn, Richardson has had the opportunity to explore the various shades of niceness beyond just the simple adjective — to interrogate it, process it, and find reason behind it.

“There are so many different layers and levels and complexities of being nice,” Richardson continues. “What is the price of being nice? That’s the thing I felt this character and this movie deals with.”

Beyond Richardson’s interest in merging “nice guy” with “complex characterization,” the actor — best known for his portrayal of lovable idiot Richard Splett on Veep and for his comedic partnership with Tim Robinson — saw Werewolves Within as a chance to explore one of his favorite genres: the whodunit.

“I hadn’t played the video game before, but I am a huge fan of the game Werewolf, and Mafia, and those sorts of deductive reasoning party group whodunit games,” he says. “So the idea of a movie that was very much like a Clue-esque, sort of Knives Out, sort of Hot Fuzz kind of take on it was very exciting to me.”

If those titles pique your interest, add John Carpenter’s The Thing and Fargo to the list and you’ll get a pretty good sense of the voices driving Werewolves Within.

Horror and comedy, despite often being compared in the creative process as similar genres in terms of their ability to get a reaction out of audiences, can be difficult to combine. Horror-comedies often lean too far into one genre or the other — or fail to do enough with either. But Werewolves Within strikes a perfect balance while infusing some of the more tragic elements that helped define Ruben’s previous film and feature debut, Scare Me.

For Richardson, the secret to this werewolf movie’s success is its ensemble class. (Classic nice guy answer, deflecting praise to his co-stars.)

“I think it was the personalities of the characters being genres unto themselves,” he says, “and then mixing them together with the proper alchemy of comedy made this a slam dunk.”

“I thought it was a very interesting take with a very clear environmental issue.”

But Werewolves Within is more than just an ensemble comedy. Richardson describes it as the “perfect mix” of horror and humor, with his character holding things together at the center.

“The humor saves it from taking itself too seriously at some points, but then the stakes of it stop it from being too silly,” Richardson says. “I was confident in myself to navigate and play those energies in that sweet spot as a nice character, and I feel I’m pretty proficient at comedy to juggle that energy and be that conduit.”

Upon entering Beaverfield, both Finn and the audience are given an intro to the town’s residents. It’s an unlikely group that makes little sense when considered one-by-one but comes together to form a microcosm of America — for better and for worse.

“That was something in the script as well, the allegory of the larger macro-view of the world and American politics and the tone of America,” Richardson says. “We filmed this movie before the pandemic, which exacerbated but didn’t create some of that stuff. These things didn’t simply become.”

“That stuff” includes a general distrust of one’s neighbors, along with deepened political divides. The residents of Beaverfield include a socially aware postal worker, a pair of redneck mechanics, a well-to-do conservative couple with barely masked indignation for the left, a wealthy liberal gay couple, and a prepper. The tense dialogue seems to write itself.

Putting a flame to the spark of this small-town setting is a big business oil man determined to build a pipeline through Beaverfield by buying off the locals one at a time, along with a visiting scientist dedicated to preserving its wildlife.

“There’s a reason people keep on sapping the life of the earth. It’s because you get something out of it. It’s a short-term gain with long-term effects.”

One of the most striking aspects of the film is that it has a fully formed Black lead at the center. Even a few years ago, Finn would’ve been a role likely portrayed by a white guy.

For Richardson, this shift towards accepting Black actors as the stars of genre movies (horror or otherwise) has been a major focus of his career and his work as an actor.

“It’s a constant fight, the quality of being a Black person in a lot of these movies, and in a lot of entertainment, is the character,” he says. “You have your nice guy, your rich guy, your dirtbag, and your Black guy. What I’ve always strived for, and what I continue to strive for, is to represent the wide swath of characters. Being Black is central to the character, as it is in real life. That’s what he is, but that’s not all that he is.”

“Normally, this character would be dead immediately.”

Richarson is painfully aware of the history of Black characters in horror, citing tropes like dying early or not being taken seriously that have diminished their presence.

“I’ve always tried to have that Blackness not be the main quality of the character and show that the story can be told through anybody’s eyes,” he says. “Normally, this character would be dead immediately. A lot of times, it’s the filmmaker thinking, Oh, well that’s the least identifiable character because he’s something other than.”

Richardson sees his entire career as a check against those tendencies. “In doing this movie, and other movies I’ve done, you can see the idea that we are doctors, lawyers, forest rangers, surfers, rappers, country singers, and all of these things.

Early in the film, Finn participates in a friendly axe-throwing contest with Vayntrub’s postal worker, Cecily. But because of the constraints of indie filmmaking, he wasn’t able to practice that particular scene as much as he might have liked.

“I got OK at it,” Richardson says. “I didn’t get to practice axe-throwing as much as I wanted to. On a smaller budget movie, you don’t have as much time, especially as a lead. There wasn’t a whole lot of axe-throwing time. But whenever we’d get a chance, I would take it.”

“So I can throw an axe pretty well,” he clarifies, laughing. “I don’t know if I’m circus level, lady spinning on a platform kind of thing, but I’m close!

Werewolves Within receives a limited theatrical release on June 25 followed by VOD on July 2.