“The Hellboy saga was always meant to be a trilogy.” 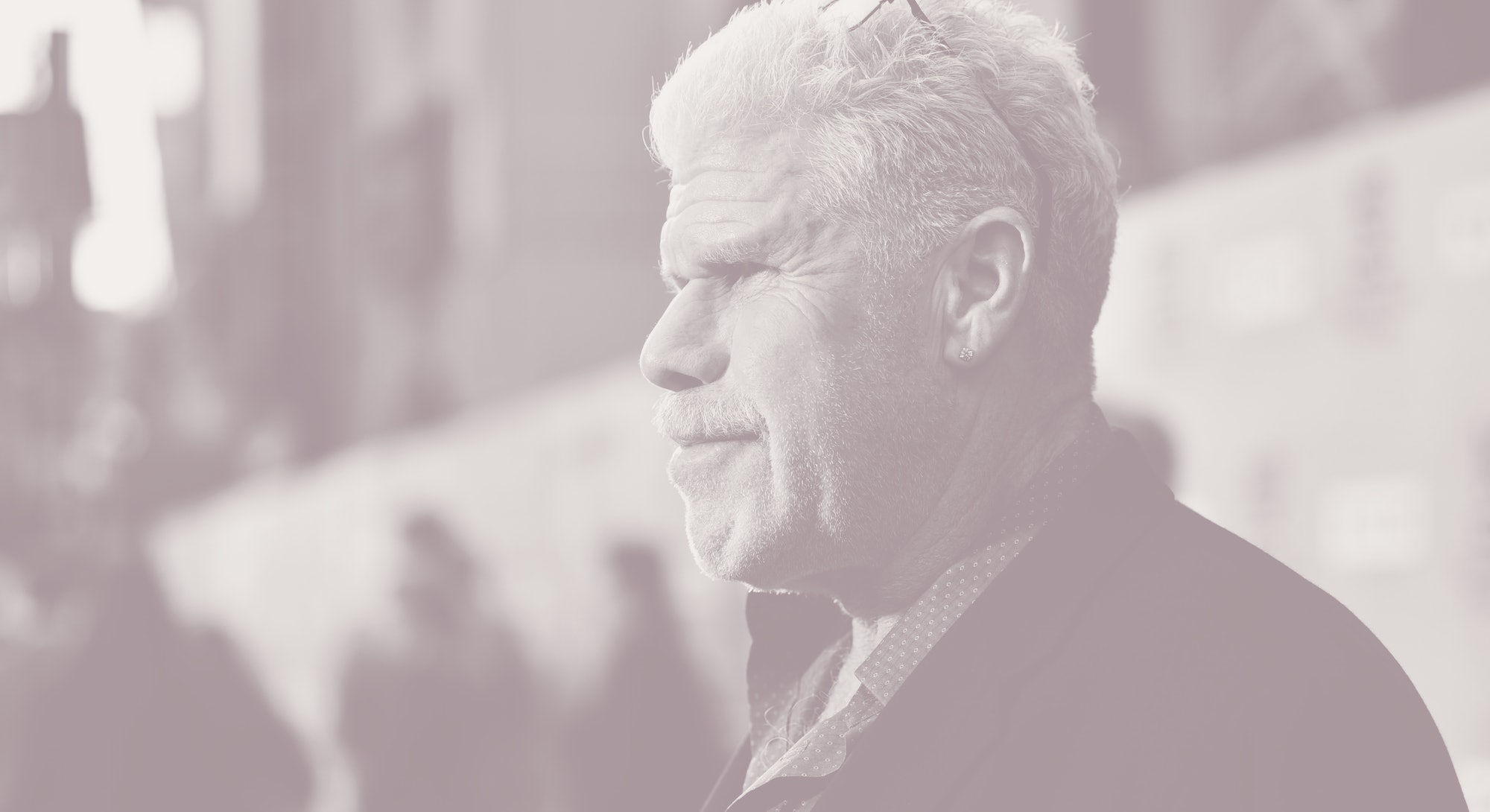 In 1999, Guillermo Del Toro wrote Ron Perlman a letter inviting him out to dinner.

“We met over some Indian food,” Perlman tells Inverse. “We started with dessert, which is how I like to start, and we both realized we were bros.”

But Del Toro had an agenda. He was putting together his first feature film (Cronos, a vampire-inspired Mexican independent drama). After coming across Perlman’s work while researching prosthetic makeup artists, he sought out the actor for a starring role based on “a bunch of work that I actually thought nobody had seen,” Perlman humbly recalls over the phone.

Cronos was just the beginning of a long and fruitful collaboration. Perlman went on to appear in Del Toro’s Blade II, followed by a pair of Hellboy movies — “after seven years of begging, and cajoling, he won me the role” — Pacific Rim, and Nightmare Alley, which is in theaters now. (Up next: Pinnochio.)

“He had a sensibility that ran very parallel with my own.”

But back then, they were just two bros hitting it off. Del Toro and Perlman shared a similar sense of self-depreciation and a love of monsters, a passion that’s defined both of their careers in the decades since.

“He had a sensibility that ran very parallel with my own about how the things that are most monstrous in the world on the surface tend to have a longing to be the most human and act on behalf of being acceptable, even though they're not,” Perlman says.

He adds: “It was the beginning, as they say at the end of Casablanca, of a beautiful friendship.”

Put another way, Perlman describes that first dinner back in 1990 as a pebble breaking the surface of a lake and causing a ripple. “It just kept radiating outward.”

In the interview below (edited for brevity and clarity) Ron Perlman discusses:

Inverse: Hi Ron, how are you? Have you been doing interviews all day?

Ron Perlman: I just did one quick one, and now this. I’m fresh as a daisy.

That’s great. So you play Bruno in Nightmare Alley, the carnival strong man. Did you talk to Del Toro about your character’s backstory beyond what we see onscreen?

The only thing that was important, the thing that I found most poignant about Bruno's presence in that film, was how he protected Molly [Rooney Mara]. How much he recognized in this sick, twisted carnival world that she was like a rose in Spanish Harlem. She’s this beautiful, innocent, pure, unambitious, beautiful being, and Bruno takes it upon himself to make sure nothing bad happens to her.

But he couldn't protect her from Stan [Bradley Cooper]. And that's why the movie veers off and becomes an important tale about human hubris. That's what makes the character of Bruno poignant: even a strong man couldn't protect this beautiful girl from this overly ambitious guy.

Nightmare Alley is a story about entertainers, and you could interpret that as a metaphor for showbusiness and Hollywood. What do you think this movie is about?

I'm pretty sure nobody in the carnival ever files A 10-99 or a W-9. So to me, that's more societal than it is any kind of a nod and wink to any particular industry, particularly the movie industry.

This movie is also visually stunning. What was it like being on the carnival sets?

I've been on a lot of Guillermo Del Toro movie sets, and they're sumptuous and gorgeous. But in the first half of the film, which is the carnival, everything has been around too long. Everything is really damaged. Everything has dirt on it and underneath its fingernails, including the people.

It's a world that's in tatters, just like the lives of the people who populate a carnival. The carnival sets were funky and very theatrical, almost cartoonish.

So when you’re on set with Guillermo Del Toro, do you ever talk about making a third Hellboy movie?

I became rather obsessed with making the third one because I'm on a very short list of people who know what Guillermo was going to put into that third one.

“The result was going to be dramatic, super-violent, biblical in nature, Greek mythology.”

The Hellboy saga was always meant to be a trilogy. You've seen the beginning, you've seen the middle, but you haven't seen the ending. The ending was going to resolve all of the aspects about this mythical creature that was introduced in the first two films. The result was going to be dramatic, super-violent, biblical in nature, Greek mythology. It was a shame the audience, who had hung in with us for the first two films, was deprived of seeing that finish because it would have been a big beautiful finish.

It wasn't as if I was anxious to put the makeup on again and to work as hard as I had to work to play a superhero. I was 57 when we did the second one, but I thought it was just something we owed the fans. It just was one of those things where we could never get everybody's schedules to work together and it never happened. I hope that answers your question.

It does, but I have to ask a follow-up because the movie you just described sounds amazing. So do you think we’ll ever get Hellboy 3 or has the book closed on that story?

I've had to make my peace with the fact that the book is closed. But then again, I'm pretty sure that in 1947, nobody working on Nightmare Alley ever thought there'd be a 2021 version. So never say never, right?

“That circle needs to be completed.”

What can you tell me about your next project with Guillermo Del Toro, his stop-motion animated Pinnochio?

Well, Guillermo's Pinocchio is set in Mussolini's Italy, which is a Fascist backdrop. The conceit of the film is that Pinocchio is the perfect soldier because he's not human. So he doesn't ever question orders. He doesn't have fears. He's invulnerable. He's all the things the perfect soldier needs to be. I play one of the city fathers who's pro-fascist and who's trying to manipulate Pinocchio into representing the cause.

Ok, before I let you go, I’ve got to ask about the new Transformers Beast Wars movie. You’re voicing Optimus Primal. Can you tell me anything about that role?

No. [Pause.] And I'm not being coy. It's just they haven't sent me a script yet. I don't know anything about this particular iteration. But I know people are really stoked about it. I guess this is a very popular franchise.

Oh, it’s great. I mean, you’ve voiced this character before.

That’s what people tell me that. I can't remember.

Nightmare Alley is in theaters now.