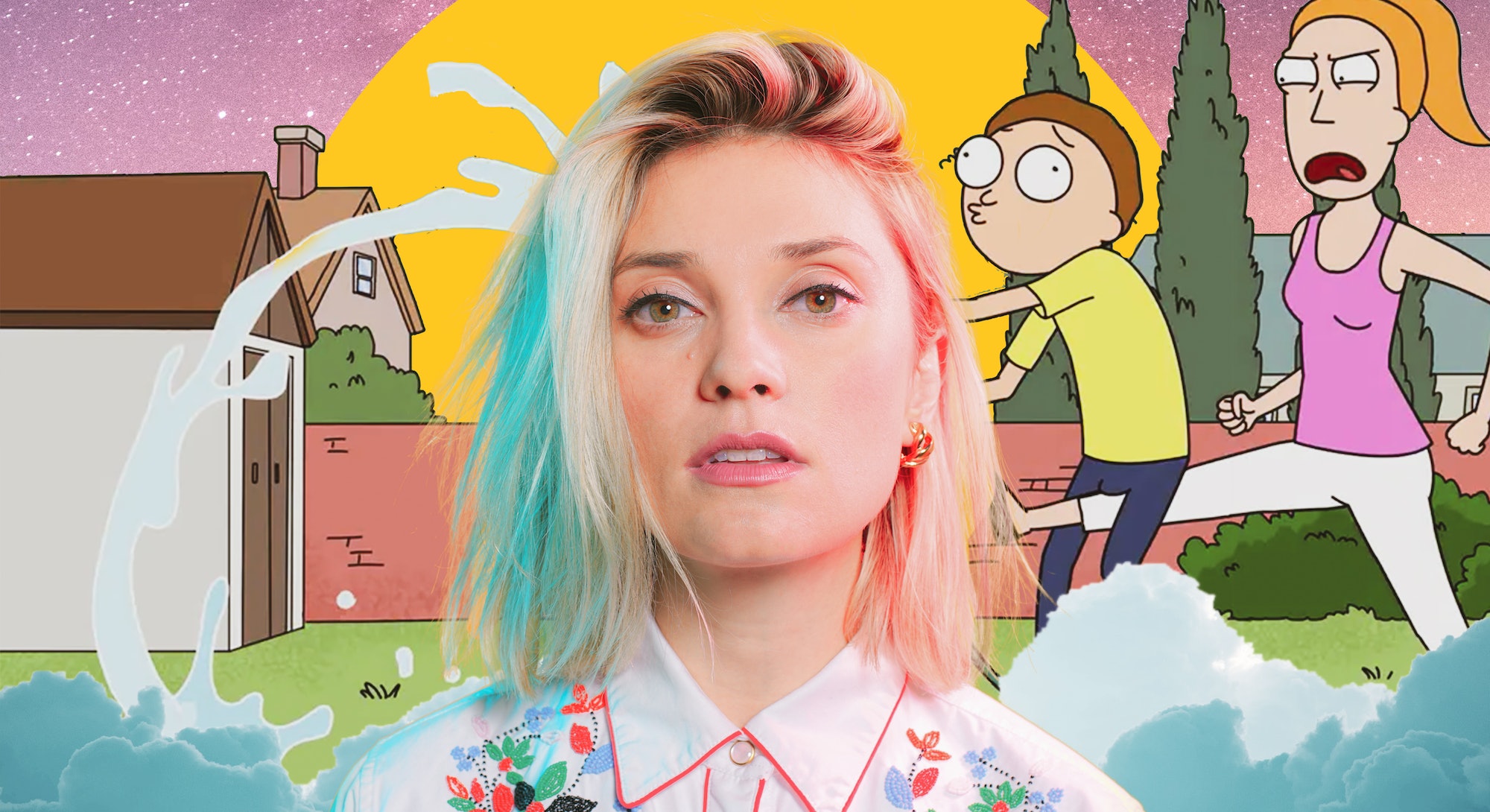 Landing a role on a show like Rick and Morty is the kind of gig that can change your life, but it's not something you realize when you sign on for it. The voice behind Summer Smith, actress Spencer Grammer, has joked before that she got into voice acting while pregnant so she wouldn’t have to be on camera. But the opportunity came during a time of great change in her life — and in the industry at large.

In terms of live-action roles, Spencer Grammer first gained renown as the lead in Greek, where she played a popular girl navigating college life with her nerdy brother. Long before that, in 1992, she had an uncredited role on Cheers. As the daughter of Frasier and Cheers actor Kelsey Grammer, Spencer is in the unique position of having seen firsthand how television and film have evolved over the past 30 years.

We spoke with her extensively shortly after the debut of Rick and Morty Season 4 in November, where she reflected on her time in the entertainment industry, how it's evolved over the years, and how the #MeToo movement has made everyone more accountable in the new decade.

Also read: Spencer Grammar reflects on the wild ride to Rick and Morty Season 4 and beyond

I was blessed to have gotten this show eight or nine years ago, just before I had my son, and I've been able to be a part of this show as I grow and change as a woman while also watching the industry change. It's been a pleasure because I think there's going to be a whole generation of women who might not have the same experiences that I have.

“It's about giving people an opportunity to show women are equal despite the fact that [we've] been portrayed as being less than men for many years.”

I remember when women were only an actress or a costumer or in hair and makeup. Maybe there'd be a writer and maybe one director around, but it wasn't a popular thing. That started to change drastically from a lot of the TV shows that I've worked on more recently, and at least half of the people hired have been female directors.

It's also just about giving people an opportunity to show women are equal despite the fact that [we've] been portrayed as being less than men for many years.

I went to Cannes this year and saw Mati Diop’s Atlantics which won the Grand Prix. She's a French Black woman, the first Black female director to be in contention for the Palme d'Or.

Editor's Note: Atlantics is a supernatural thriller at the midpoint between dark fantasy and dystopian sci-fi that’s now available to stream on Netflix.

It’s a wonderful, beautiful movie with a different perspective that I wish to see more of as a working woman who's also a single mother. I can say it's difficult. We don't really talk about that enough, but the experience is about balancing a lot and wearing a lot of different hats at different times.

People should be hired for their skill set and not because they're an object of desire. At least in the acting world, this misconception is prolific and a big reason why the #MeToo movement happened as a necessary way to re-censor boundaries in a healthy way.

Spencer Grammer is a member of the Inverse Future 50, a group of 50 people who will be forces of good in the 2020s.

Also read: Spencer Grammar reflects on the wild ride to Rick and Morty Season 4 and beyond