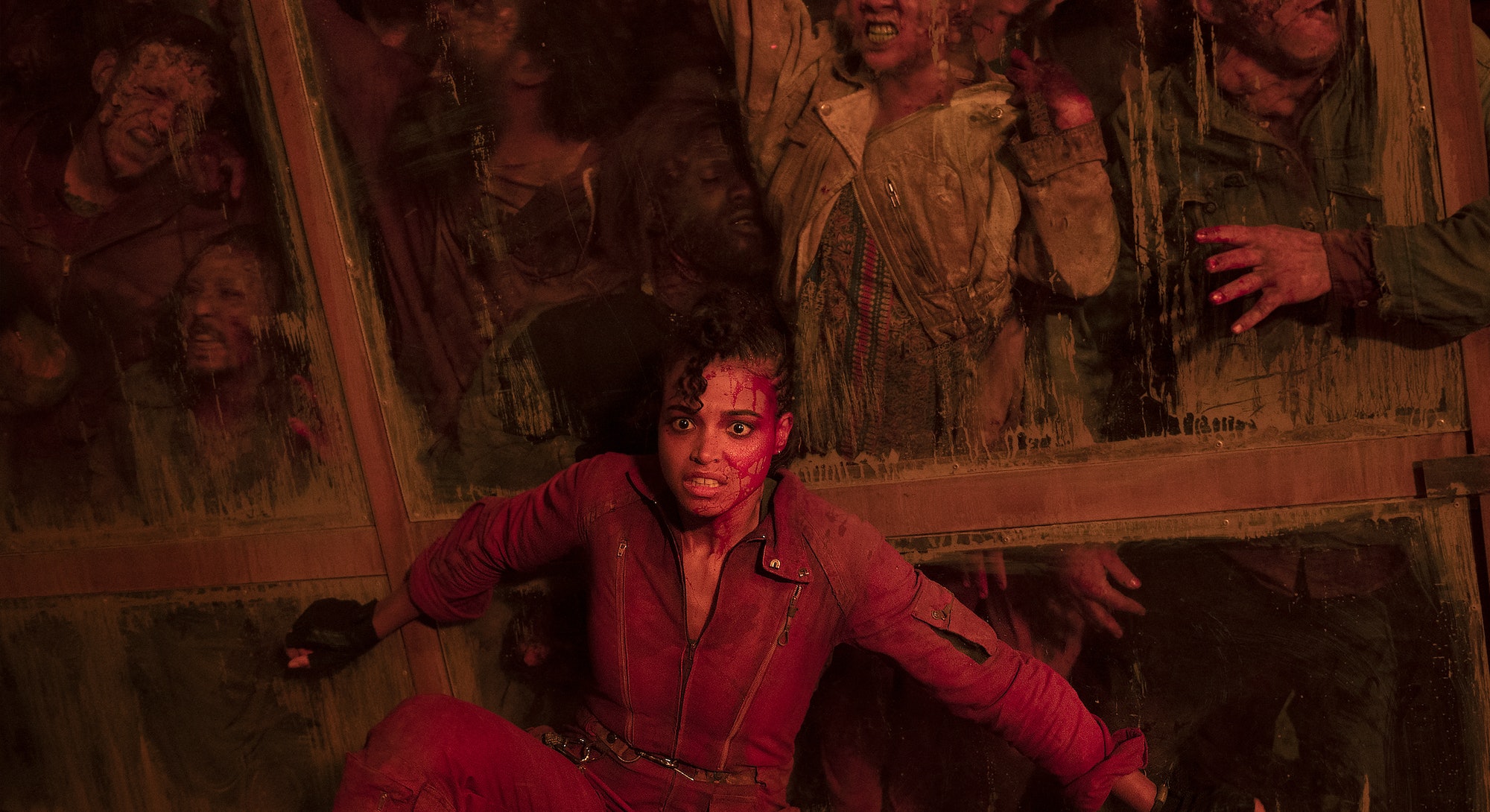 Resident Evil has never been an outlier to that phenomenon — until now. Capcom’s iconic survival-horror series finally has a worthy live-action story that doesn’t feel weighed down by intricate lore. Resident Evil is narratively tied to the games, but mercifully doesn’t rehash them for the umpteenth time. Instead, the action takes place across two timelines that play out across the eight episodes.

The first of these is New Raccoon City circa 2022, an idyllic corporate-owned city run by the Umbrella Corporation in South Africa. Albert Wesker (Lance Reddick) and his two daughters, Jade (Tamara Smart) and Billie (Siena Agudong), move to the city as Albert ramps up research for Umbrella’s new anti-depressant medication known as Joy. The second timeline picks up fourteen years later in 2036, and follows an adult Jade Wesker (Ella Balinska) after the world has been overrun by zombies and other infected creatures.

Each episode flits between these two timelines to reveal bits and pieces of the story. It can be jarring at first, with some scenes feeling bafflingly brief. Yet over the course of several episodes, this structure works well to articulate the themes that make the franchise so memorable. The earlier timeline centers on corporate espionage, with a mounting sense of dread that progressively ratchets up the stakes as more of Umbrella’s atrocities come to light. Meanwhile, the future timeline is where much of the zombie-blasting action takes place, with Jade struggling through hordes of zombies to make it back to her family.

Series lorehounds may be annoyed by the show’s tendency to introduce a whole lot of new stuff without offering a satisfying explanation for how it all fits together. As the show begins, we don’t know how Jade met her husband, or how the infected managed to take over a majority of the Earth at some point between 2022 and 2036. By the end of the series, we still don’t know. There’s a whole lot of setup that doesn’t quite pay off yet by the end of Resident Evil Season 1, and while there’s clearly plenty of fodder for a second season, it lessens the impact of the storytelling here.

On the other hand, showrunner Andrew Dabb (a former writer and producer of Supernatural) wisely decides to put Wesker’s utterly strange relationship with his daughters front and center. These are complex relationships that go some interesting places, especially when you factor in the time skip. Most Resident Evil fans will recognize the name Wesker, as he served as the major villain of the franchise up through Resident Evil 5, where he had a particularly memorable and over-the-top demise. One of the more intriguing mysteries of the Netflix series is just who Wesker is — and how the heck he’s still alive.

Phenomenal performances help Resident Evil shine over past attempts to bring the zombie-apocalypse thriller to the big screen, particularly those of the scenery-chewing villains. Lance Reddick’s Wesker steals every scene he’s in, with a placid surface that belies a toxic ambition bubbling beneath. Another highlight is Paolo Nunez as Evelyn Marcus, the leader of Umbrella who grows more unhinged as events unfold.

Most of the zombies in Resident Evil seem to be done with makeup or practical effects, while other creatures are done with CGI that’s a vast improvement over previous iterations. The Netflix series absolutely isn’t afraid to get gory at times, but it does so sparingly. One particularly grisly scene features the iconic Lickers, and it’s downright chilling.

Resident Evil steps up the production values compared to previous riffs on Capcom’s iconic game series, yet still manages to inject a bit of campiness and plenty of tasty lore morsels. Sure, there are some cringe-worthy lines and baffling plot holes, but it’s a hell of a lot of fun regardless. The only fear I have at this point is that subsequent seasons won’t be able to live up to — or complete — the ambitious multi-season story that’s clearly being established here.