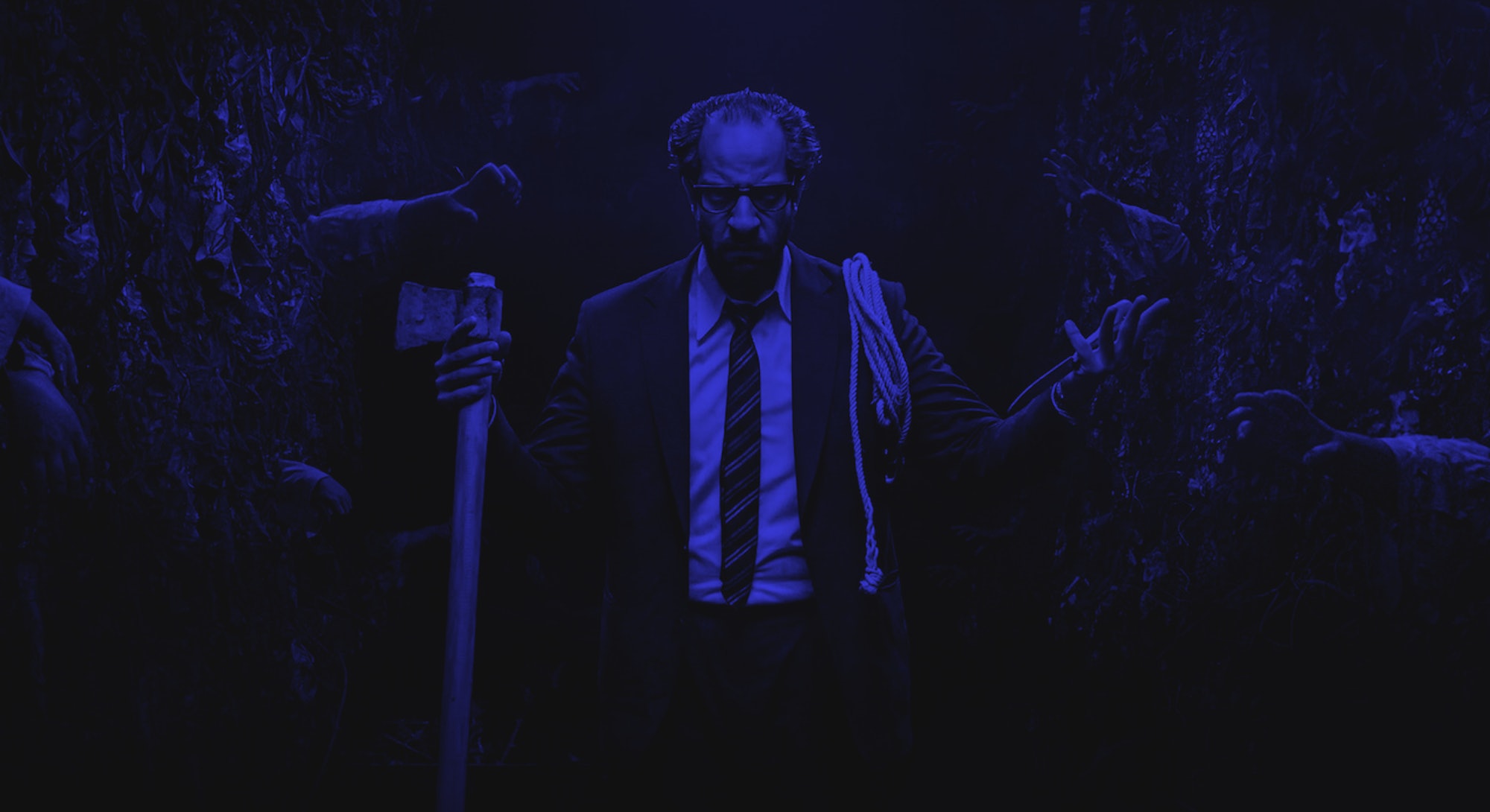 “You should always expect the worst, as the worst will happen.”

Dr. Refaat Ismail (Ahmed Amin) delivers this warning in the opening moments of Paranormal. But while viewers might chuckle at what Ismail calls lousy luck, what follows is a series of increasingly stranger supernatural encounters — a mix of Egyptian folktale, popular mythology, and horror tropes never before seen on a platform the size of Netflix.

When Paranormal debuted on the streaming platform in November, it rocketed to the top of the most-watched list in Egypt. Not only were Egyptians eager to tune into the platform's first Egyptian original series, but generations grew up reading Ahmed Khaled Tawfik's pocket-sized horror and sci-fi novels on which the show is based.

An ultra-prolific writer, Tawfik’s more than 200 books sold over 15 million copies despite never being translated from Arabic. The Paranormal book series featuring the semi-autobiographical character of Ismail and his strange encounters comprised eighty-one installments and remain Tawfik’s most beloved works. The Netflix adaptation maps several of those stories from the page onto the screen for the first time, bringing Tawfik, often called the father of Arabic sci-fi, his widest audience yet.

The series opens in Cairo in 1969, but later episodes hopscotch between the 1910s, 40s, and back again through Egypt's so-called cultural golden age. The show follows Ismail , a brooding and cynical chain-smoking hematologist and university professor, as he navigates a failing engagement, relationships with meddling siblings, traumatizing childhood memories, and the occasional supernatural demon.

One episode sees Ismail return home to a village near Mansoura in the Nile Delta, where villagers are haunted by the cries of el-Naddaha, a beautiful woman-like creature from Egyptian folklore that enchants men who roam too close to the river. Other scenes draw on mythical creatures that may be more familiar to Western audiences, like that of Incubus, a demon who descends upon sleepers, appearing in their nightmares. After a series of strange and unexplainable events, Paranormal wraps up with Ismail learning how to lucid dream so he can unlock the mysteries of his own mind.

Who was Ahmed Khaled Tawfik?

Tawfik began writing adventure stories and thrillers as a teenager, but he pursued a career as a medical doctor after high school, earned a doctorate with a specialization in tropical diseases, and became a lecturer and then a professor. Writing full-time was not a career path followed by Egyptians of Tawfik's generation, and other famous Egyptian authors likewise trained as doctors or dentists before pursuing the craft.

Tawfik continued writing as he studied and practiced medicine, but he never sought to publish his work until he reached his thirties and had an established career. At 32, he sent five manuscripts, including the first installments of Paranormal, to the Modern Arab Association, a publishing house known for printing pocket novels. The first committee to review the manuscripts were skeptical that Tawfik's sci-fi and thriller stories could be successful among young readers who preferred the action-packed missions of characters like Adham Sabri, an Egyptian Central Intelligence agent with a chic codename — the 007 of Egyptian literature.

But a second committee endorsed the draft, and thus the first novel in the Paranormal series, "The Vampire and the Legend of the Werewolf," was published in 1993. Tawfik later admitted that Nabil Farouk, the author responsible for the Adham Sabri series, had chaired the committee that supported his first book and launched his career as a writer.

While he went on to pen other series, those featuring the semi-autobiographical character of Ismail and his strange encounters remain Tawfik's most popular works. He drew inspiration for the series from every aspect of his life. Growing up, Tawfik devoured American, British, and Russian classics from writers like William Somerset Maugham, Mark Twain, Anton Chekhov, and Leo Tolstoy. He relied on a large dictionary to get through the books, all of which were housed in his father's vast home library.

Like Maugham, who studied medicine for several years, Tawfik wove his experience as a medical doctor into his writing. Even after his writing career brought him acclaim, Tawfik maintained a medical practice in his hometown. "I prefer to be a doctor who writes," he told the National. "Medicine gives me a great source of material."

As his series of pocket novels grew popular in Egypt, Tawfik's protagonist traveled further abroad. Later books see Ismail visit East Asia, Europe, and even a parallel universe. Tawfik continued writing and publishing until he died in 2018, at the age of 55. He grew with his audience and transitioned away from pocket novels into full-length dystopian and medical fiction books for adults later in his career. The last installment of the Paranormal series was published in 2014.

While Tawfik did not live to see his series on television, he may have trusted that it would one day be there as the Netflix series' creator, Amr Salama, made a public promise that he would get the series made. Salama had been a fan of the novels and developed a relationship with Tawfik growing up. Like Salama, many others also came to know Tawfik through social media or book-signing events where he would stay long enough to talk to every fan. Tawfik saw himself as a father figure to many of his young fans, and, in a testament to his influence, hundreds of mourners attended his funeral.

What to expect in Paranormal Season 2

The signature mix of folktale, sci-fi, and horror that propelled Tawfik to literary stardom is sure to feature again if Netflix renews Paranormal for a second season. Some of Tawfik's recurring creatures from the books which have not yet made an appearance, like vampires, are likely to show up at some point. And while the first season relied on elements of a single book, "The Legend of the House," the twelfth installment in the book series, to weave Ismail's adventures together, the plot of that book wrapped up in the season finale. Another story will likely play the same role in a second season. Judging from the cliffhanger conclusion, it will be that of Ismail's debonair Tarot-dealing colleague, Louis (Karim El Hakim), who promises in a letter written to Ismail and read at the conclusion of the season, “no more games.”

When Ismail isn't battling supernatural creatures, the narrative of a second season will likely continue to focus on the relationship between the protagonist and his one-time but now uncertain love interest Maggie (Razane Jammal). Perhaps Ismail will travel abroad to visit Maggie in Scotland, where he could encounter another creature familiar to many viewers at Loch Ness, a story straight from the pages of the third installment in the book series, "The Legend of the Lake Monster."

Two things are sure. First, with seventy-plus yet untouched books to draw plotlines from, Salama still has a trove of material to work with, and viewers have a lot to look forward to if Netflix renews the show. And second, according to Ismail following his series of season one adventures, "the 'paranormal' surely exists."

Paranormal is streaming now on Netflix.