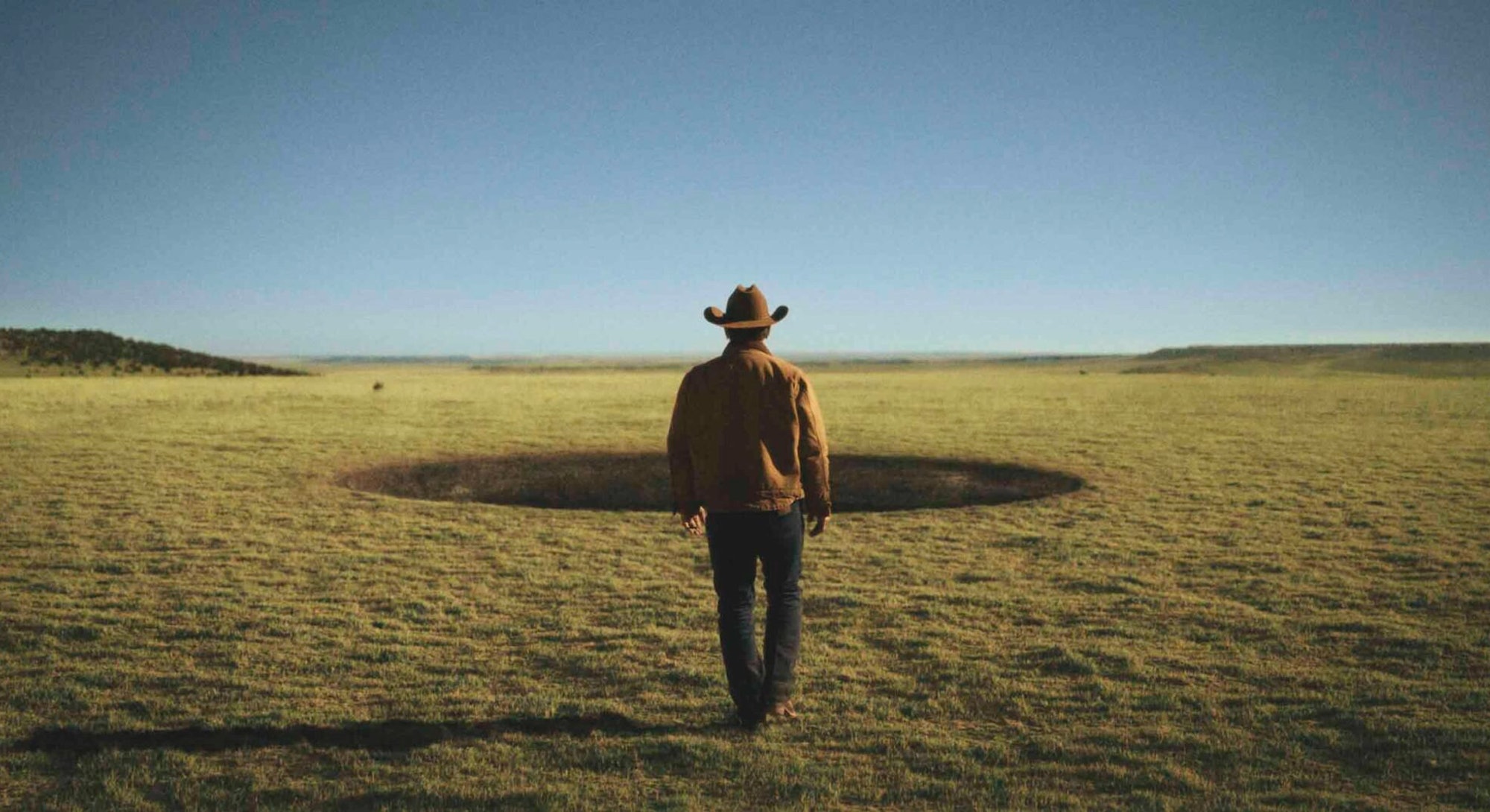 Once again, Josh Brolin has discovered a giant void in space and time.

But this time, he’s not playing the supervillain, Thanos. And the reality-bending nature of this void is about the furthest thing from a Marvel product you can imagine. In Amazon’s new series Outer Range, Brolin stars as Royal Abbott, a contemporary ranch owner who finds out his land in Wyoming is also the location of a gaping maw that may hold all the secrets — and horrors — of the entire universe.

Outer Range is one of the boldest, weirdest, and most affecting sci-fi shows of the 21st century. Despite the inevitable comparison to Stranger Things, the series forges its own path and succeeds because it’s so aggressively grounded in reality.

“The sci-fi in the show is not extraterrestrial, it is terrestrial. And it is very terrestrial for a very specific reason,” Brian Watkins, the creator of Outer Range, tells Inverse.

Outer Range is Watkins' first TV series ever. Before working on this new sci-fi epic, his resume was mostly theatrical, including several plays also about the American West, specifically Wyoming. But Watkins always envisioned Outer Range on screen because it was “dripping with cinematic possibility.” And so, he wrote the basic concept entirely on spec without any idea how it might be filmed or who would star in it.

“I compulsively just had to write this thing,” he says. “And thankfully, Amazon loved it. It happened very organically.”

“The sci-fi in the show is not extraterrestrial.”

Talking about the specifics of Outer Range before you’ve seen the series is tricky. Starting on April 15, Amazon will drop two episodes weekly on Fridays, and even after those first two episodes drop, audiences might still not be sure exactly what’s happening. But Outer Range is the rare show that doesn’t rely on huge plot twists to keep you invested. Instead, what makes it unique is how its dramatic details unspool.

With that said, less is more when going into Outer Range. The story’s core premise follows Royal Abbott, who is dealing with a few different problems involving his sons, a land dispute, and the giant hole on his ranch — which Watkins describes as “a metaphysical void” that “ignites a series of catastrophic events.”

Unlike a Black Mirror-esque jaunt through the looking glass, Outer Range is committed to a brand of realism that feels exceedingly rare in mainstream TV. There’s no cheeky dialogue. There are no MCU-style one-liners. There’s not even a Breaking Bad mic drop like, “I’m the one who knocks.” Outer Range never crosses the line from drama to melodrama.

From Brolin’s Royal and Imogen Poots as the enigmatic Autumn to a stand-out performance from Tamara Podemski as Sheriff Joy, all the characters feel uncannily real. A lot of science fiction tries to imagine a huge speculative event but with down-to-earth stakes. Outer Range is different because it actually pulls that off.

“It doesn't mean anything unless it makes us feel something,” Watkins explains. “So the more grounded these sci-fi elements were — that the mysteries are from the Earth and of the Earth and of our past and of our futures, that means we could hook into them emotionally.”

That means the series isn’t like a Stephen King novel, nor is it like Stranger Things. There is a massive sci-fi element at the center of the narrative (the gaping void), but the nitty-gritty of its story isn’t the only thing driving Outer Range. As you watch the series, you can tell there won’t be some kind of deus ex machina in which Josh Brolin meets aliens. It’s a confident kind of writing that feels intent on not betraying the audience with surprises for the sake of plot twists.

Still, because this is contemporary TV, audiences demand answers to mystery boxes — or in this case, mystery voids. Will Outer Range address all of the questions it poses?

“Episode 1 starts and goes to a much different place than Episode 8,” Watkins says. Whether it's flashbacks or flash-forwards, you’ll see those secrets and mysteries revealed. Time, in this series, acts as a compressed element, as opposed to linear elements.

Watkins adds, “All I can say, without spoiling anything, is to expect a wild ride.”