“I don't really operate in a place of fear.” 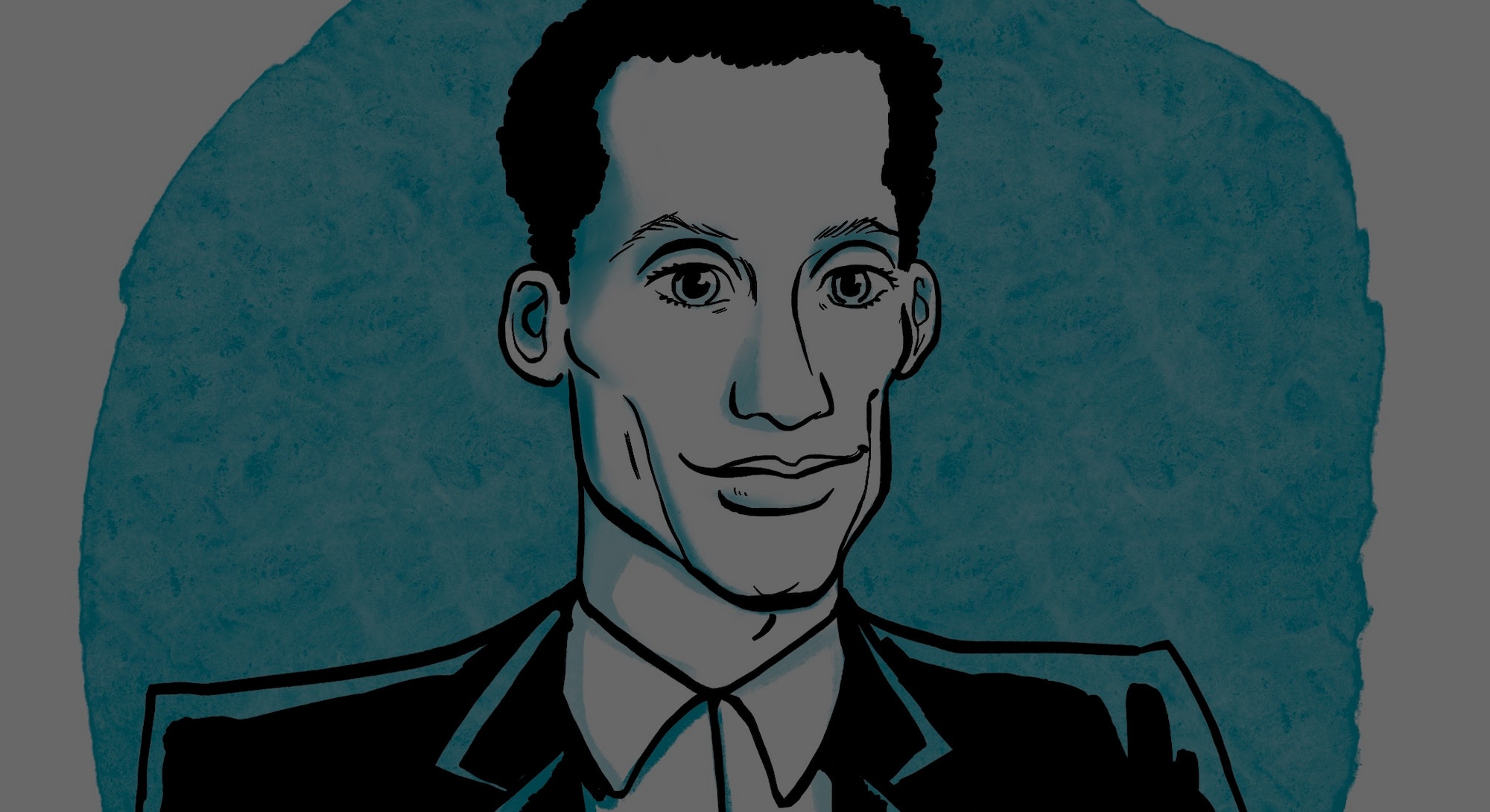 Since his tumultuous exit from Starz’s American Gods, where he starred for two seasons as trickster god Mr. Nancy, the actor has stacked a bevy of intriguing projects on his plate. From playing a rival rapper opposite Snoop Dogg in an episode of Law and Order: SVU to appearing in multiple episodes of The Good Lord Bird with Ethan Hawke, Orlando’s moving forward. And through all the social media noise and real-life stress of the pandemic, he’s making it look quite effortless.

“I don't really operate in a place of fear,” Jones tells Inverse. “I'm a Black dude. I mean, my entire life, I've been the thing you're supposed to kill so I absorb the fearful shit.”

Taking time out of his busy schedule — on top of everything else, he’s started performing stand-up comedy, again — Jones answers 13 QUESTIONS about what does (and doesn’t) scare him. From his respect for George Romero’s iconic horror film Night of the Living Dead to conquering stage fright as a child to his unique perspective on Halloween, Orlando is here to drop some knowledge.

13. What’s your favorite scary movie and why?

Night of the Living Dead by George Romero. It's probably George Romero's best work and Duane Jones is the first African American lead in a horror movie. Yeah, it is. Classic. It is historic, you know, released in 1968. That's easy.

12. What is your earliest memory of being afraid?

My first memories were really bad, to be honest with you. When there was a situation playing out where the odds had conspired against someone and that person wasn't aware of it yet, I was kind of afraid for them because I was like, Man, you have no idea what's about to go down! And just watching that play out, I was like yeah, okay, I'm scared for that. But I wasn't scared for me.

My earliest memory of it was in the pool room watching that play out while guys were gambling on some pool table and some guy's talking left out of his mouth. And he didn't realize that he was about to have a very ugly evening.

11. Do you have a childhood nightmare you still remember?

I don't know if this is necessarily scary. There was always one where there was something that I was trying to get away from and I couldn't wake up. And so the nightmare was, I knew I was in a dream, and I wanted to wake up, and I was trying to wake up, and I just couldn't. It always went the same way: I'd get really pissed off in the dream because I can't wake up and I'd be like, "God, this is bullshit."

I probably had that dream three or four times in my life. But it's the only recurring nightmare that I remember. I mean, I haven't had it in years. But when I was a kid, and I first had it, I remember it being very scary.

10. What is a local legend or ghost story from where you grew up?

My great-granddad used to always talk about digging for money. And the rules were, in the legend, that during the turn of the century, when the country lost its confidence in banks, people started to find other ways to store their money. One of the ways they used to do it, was to bury it. And they would put a spell on it. So if you came to dig up and take their money, you would be haunted.

You would have to go for the money at night. And you can only go during the rain because apparently, that was the only time the spirits were at bay long enough for you to be able to locate and find the money. The rules, however, were once you reached the location, you could not talk because if you spoke, the money would move.

My great-grandfather told of going hunting for money with another family member and then telling him the entire time that we can't speak. That these are the rules. No matter what you see, if you see snakes, no matter what, those are just the entities protecting the money. Don't speak.

9. When was a time you successfully conquered a fear?

When I stepped on the stage for the first time, I was in eighth grade, and I'm in this auditorium. There was going to be 800 people there. You're all dressed up there, you're in this auditorium, you're in a very formal setting. And there's an expectation that you're going to do something. That's why you're on the stage. It is a very specific fear. I know what I'm supposed to do, but what if I do it wrong? What if I mess up? What if I fail at it? What if they despise what I'm doing?

8. Do you keep your feet uncovered when you sleep?

I really don't have that foot fetish thing so I don't even understand what this fear is. I'm keeping my feet being covered when I sleep. I don't need to alert the media. I'm not afraid somebody's going to break into my house, come in and, of all the things they go for, is my feet.

7. Have you ever seen a ghost?

Absolutely. I wouldn't argue with my grandma. She said it was a ghost. I didn't know what it was. It was there and then it was gone.

6. Which do you think are more likely to be real: Aliens or ghosts?

Oh, that's a trick question. The answer is shapeshifters. Because then it could be an alien or it could be a ghost. That's the obvious answer to that question. Shapeshifters are what's real. They become aliens and ghosts. And then they come in and touch your feet.

5. As an adult, when are you most frightened?

When my children are away.

4. Are there any non-scary things that terrify you?

I don't really operate in a place of fear. I'm a Black dude. I mean, my entire life, I've been the thing you're supposed to kill so I absorb the fearful shit. I don't walk around in fear that something's going to happen to me. That's just not for me. That's not a reality I live in.

3. There is a killer in the house! What's your hiding place?

I got no hiding place. That motherfucker's dead, coming into my house. Sorry.

2. What has been your best Halloween costume?

I call Halloween, "Amateur Night in Dress Up Land." I do it for real. So, it's like I'm cheating on Halloween if I do it. I'm never going to do it as well as I do it with the collaborators and teams that I have around me for my job. So I really kind of don't do it.

I love it for my kids and I love it for other people. But I feel like I'm a ringer at Halloween. And so I kind of avoid it. When I was on Mad TV, I think that was the last time I did Halloween. Even then, I didn't get crazy.

But listen, I've been DJ Lance with my kids. I think I was the Joker one year. But when I'm doing it with my kids, I go full-blown. I don't go Hollywood crazy, because if I'm going to become a wolf, I'm going to do the prosthetics and the whole thing and scare the bejesus out of you. That's probably where I think, as my kids get older, we're going to land. We're going to be the house that has the dope treats, but when you step up, we are here to terrify you.

1. Would you rather sleep in a haunted house or spend a night in a cemetery, and why?

I'm going to go with the cemetery. You see, I can run. A house has got walls and shit to contend with. I gotta climb out windows. But if some shit goes left in a cemetery, all I got to do is run. It doesn't matter that I'm in the cemetery, because I got feet, and with them, I can get out of the cemetery. I'd rather have my one pillow and my gun, and I lay it up in the cemetery. Nobody bothers me. I have a good night's sleep. And If not, I can run and shoot.