“If the Jedi ever need me, I will be there.” 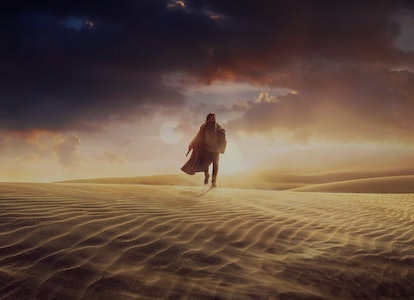 We’ve seen the beginning and the end of Anakin Skywalker. From his humble origins as a slave on Tatooine to his heroic sacrifice in Return of the Jedi, his story is nearly complete. But what was Anakin like during his first years in training? Was he an eager student like his son or a bit more, uh, volatile like his grandson? The answer could lie in a Jedi who might appear in Obi-Wan Kenobi.

Ferus Olin was a padawan alongside Anakin Skywalker before the declaration of Order 66 in the non-canon Legends timeline. They weren’t just classmates; they were rivals. If Anakin was the Harry Potter of the Jedi Academy, Ferus was the Draco Malfoy. But after Anakin revealed that he was the one under the influence of the supervillain, what happened to Ferus?

Ferus actually left the Jedi order before the outbreak of the Clone Wars, starting a business with his friend Roan Lands. But he never forgot his allegiance to the Jedi, especially after the Great Purge.

Meanwhile, Obi-Wan Kenobi went into self-exile on Tatooine. According to the 2005 young reader novel The Last of the Jedi: The Desperate Mission, the Force ghost of Qui-Gon Jinn told Kenobi that taking on Ferus as a temporary padawan would help him in supporting a now one-year-old Luke.

Obi-Wan and Ferus went on all sorts of adventures, at one point being hunted by Boba Fett and Inquisitors, but ultimately split up. Ferus went on to have extensive quests in Legends, including working as a double agent between the Empire and the Rebellion and investigating Princess Leia’s whereabouts after she was captured. Ultimately he was slain by Darth Vader, his former rival.

He would be the perfect addition to Obi-Wan Kenobi. Not only does the timeline match up, but the series will include Hayden Christensen reprising his role as Anakin Skywalker. It has a chance to not only reflect on Anakin’s former master but his former rival as well.

Obi-Wan Kenobi has already cast a number of roles, but no character names have been revealed. In the few illustrations we have of Ferus he looks like a nondescript white man, but there aren’t many white men in the cast.

If Ferus Olin does appear he could be played by an actor of color, and that isn’t the only way Star Wars could update his portrayal. Author Jude Watson tweeted that she always considered Ferus and Roan married. Could we see a same-sex couple in Star Wars television? Plus, as a survivor of Order 66, Ferus may have memories of Grogu, which could play into The Mandalorian Season 3.

Introducing Ferus Olin in Obi-Wan Kenobi could add diversity, tie into the Legends narrative for superfans, and add another personal connection to Anakin, one who knows what it’s like to leave the Jedi order. So let’s hope we see him when the show debuts in May.

Obi-Wan Kenobi premieres on Disney+ May 25.