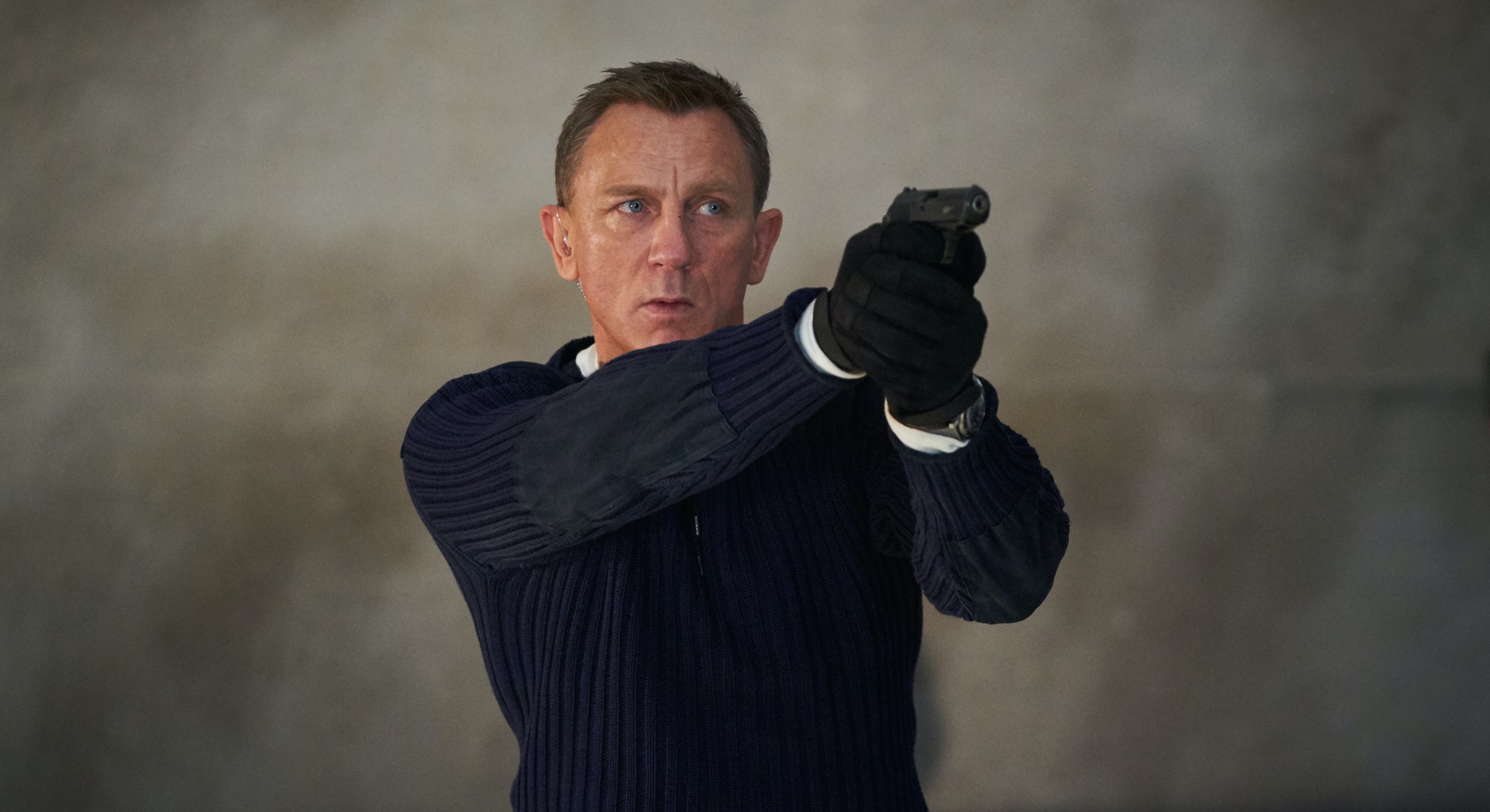 It had to end this way.

After 15 years and five movies, Daniel Craig’s tenure as a gritty, modernized James Bond comes to a close in the stunning No Time to Die.

Guided by the steady hand of director Cary Joji Fukunaga (of HBO’s surreal True Detective), No Time to Die does bid a fond farewell to Craig. But first, it allows its lead to showcase new sides of the world’s best-known secret agent.

As No Time to Die opens, 007 is monogamous, in love, and more human than seemingly possible. Exploring this new emotional territory gives the film a fresh charge, even before it sets about delivering all the expertly crafted, white-knuckle thrills that seem tailor-made for the franchise at this point.

That’s not to say the film is flawless. It’s overlong, and a tragically turgid Rami Malek — as the villainous Safin — threatens to stop No Time to Die dead in its tracks. But the heart and soul of Bond, who for once displays both in spades, are laid bare by Craig’s performance in a movie that asks him gracefully — and if you ask him, mercifully — to leave it all behind.

No Time to Die does something rare for James Bond: It continues a pre-existing story. In the wake of 2015’s dreadful SPECTRE, a powerful bioweapon has fallen into the hands of the masked Safin (Malek), whose intentions are to unleash the virus worldwide. Bond is pulled out of retirement by the CIA — which puts Bond at odds with his former MI6 employers and his 007 replacement, a by-the-books agent named Nomi (Lashana Lynch, Captain Marvel). Things get more complicated when Bond partners with his ex, Dr. Madeleine Swann (Léa Seydoux), who’s been keeping secrets from Bond.

Fukunaga is the first American director to helm a Bond film. His measured storytelling perfectly suits the precise compositions and grounded action that have defined the franchise’s Craig era. And yet Fukunaga’s involvement is just one way No Time to Die signals change, which governs the film’s existential core.

Previous entries like Skyfall dealt with an aging Bond, one who struggles to prove he’s still the best in the field. But No Time to Die finds Bond tired and disillusioned, advising government agencies to get off his scenic Jamaican lawn. Mirroring Craig’s ambivalence towards the series — six years ago, the actor told Time Out he’d “slash [his] wrists” than play Bond again — Bond is retired and wants it to stay that way. And that’s just the start of No Time to Die.

Sitting out in cozy Italian hotels means letting the world change without bearing witness to it. These days, experiencing life in the field is more the territory of Nomi, the new 007, played by a methodical Lynch. Eschewing the quips and quirks with which a typical superhero movie would saddle such a character in this scenario, Lynch’s Nomi is refreshingly playful yet restrained. She’s driven to succeed within MI6 and moves according to MI6 standards, in contrast to Bond’s reckless penchant for going rogue. None of Bond’s charms work on Nomi — nor the other “Bond girl,” Paloma, a CIA recruit (played by Craig’s Knives Out co-star Ana de Armas in a glorified cameo).

Acknowledging the hedonism that often characterizes (or arguably plagues) Bond’s stories, No Time to Die presents a Bond who strikes out with beautiful women, all of whom are equally or more capable than himself. What’s more, he accepts his losses and carries on. (Contrast this with a distressingly handsy Sean Connery in Thunderball.) It’s a different world Bond has woken up to find himself living in. But he’s doing just fine, for the record.

There’s more to Bond’s existential evolution than just his shift away from misogynistic rapscallion, mainly through his emotional commitment to Madeleine. Seydoux returns from SPECTRE, bringing a textured performance and cherubic face that Fukunaga utilizes fully through extreme close-ups. Madeleine’s the first “Bond girl” in ages to progress from film to film.

At the risk of spoilers, one can say that — whether it’s through the characters surrounding Bond or through his behavior — No Time to Die allows the 007 we know and love to act in ways that break from the character this half-a-century-old franchise has outlined. And yet, this feels less sacrilegious than it does intelligent and agile. No Time to Die is bold enough to evolve the James Bond persona because Craig can pull off such surprises. And this being his final movie, what harm could it do?

If there’s a chink in the film’s armor, it’s Malek as Safin, a mastermind who’s both overwritten and underwhelming. Malek is at least visually fearsome as a villain, with an eerie porcelain kabuki mask that conceals his more hideous visage.

But as played by an accomplished actor such as Malek, Safin is disappointingly more important to the film’s backstory than its immediate execution. Malek drones through the role, suggesting the screenwriters started with a 50-page story bible they perhaps wisely discarded after the third round of drafts.

His motivations are unclear, and his machinations lofty in a credulity-stretching way, to put it lightly. It should be said that watching a James Bond movie with a virus subplot isn’t as exhausting as it might seem in 2021. It is exhausting to keep up with how the virus is weaponized and why anyone would want to deploy it. More is head-scratching than heart-racing when it comes to Safin, and that muddy foundation makes No Time to Die seem poised to buckle across its nearly three-hour runtime.

But with its dexterously executed action sequences, the best opening titles since Casino Royale, and all the exotic scenery escapism that makes one remember Bond movie tickets are still the cheapest way to travel, No Time to Die is a triumph. It succeeds most by honoring its lead; portraying a vastly more humane (and still very funny) Bond, Craig gets the proper sendoff he deserves.

His exit takes place amid all manner of theatrical fireworks, with naked sentimentality mixed in with a refreshingly progressive perspective that often challenges franchise tradition. Not all the big swings connect. But No Time to Die is a towering testament to Craig’s Bond, the dramatic leaps he’s been willing to take, and the great heights to which the best of his films have soared as a result.

No Time to Die opens in theaters on October 8.