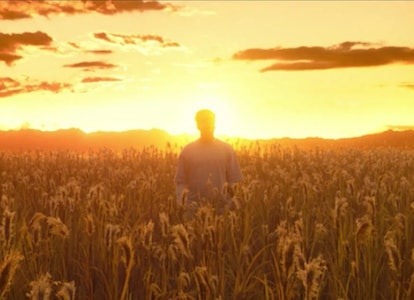 Moon Knight is rewriting the rulebook. After almost four episodes of Indiana Jones-style action, the story took a sharp turn into something more akin to One Flew Over the Cuckoo’s Nest. After Arther Harrow shoots him, Marc/Steven finds himself in a psych ward, where all the characters he’s come to know are other patients, along with Harrow as a psychiatrist. Now, the two sides of the same person must balance their hearts with their past.

This week’s action-packed episode ends with a massive twist that separates two characters who are so intertwined. What does that mean for Marc Spector’s future? We break down the Episode 5 ending and consider what we could expect to happen in Moon Knight’s finale.

At the beginning of Episode 5, the goddess Tawaret establishes that she will guide Marc and Steven into the afterlife, but they must be judged together as she places both of their hearts onto the scale. However, the scales refuse to balance, forcing Marc to show Steven his memories.

Throughout the episode, Marc must contend with the grief of losing his brother, the abuse his mother dealt him, and his work as a mercenary. But it was in his traumatic childhood experiences that it was revealed that Marc created Steven — an entirely different personality — to escape his reality.

Once Steven realizes the truth, it doesn’t take him long to accept that his own life and memories are not real. But that move toward acceptance does not balance the scales, and zombie-like forms of Marc’s past victims emerge out of the sand to drag Marc down with them. They almost succeed before Steven takes matters into his own hands and sends the ship veering in another direction, freeing his alter ego. In trying to save Marc, Steven falls overboard and takes Marc’s place, being left to solidify in the sands of Duat — the realm of the dead.

With Steven “gone,” Marc finds himself in the “Good Place” of the Egyptian afterlife, the Field of Reeds. While the Spanish song “Mas Alla del Sol” plays in the background, Moon Knight finds himself bathed in sunlight, though he feels he’s undeserving of this fate.

What does Episode 5’s ending mean? Well, Steven taking Marc’s punishment for the mercenary’s murderous past shouldn’t be a surprise. From the beginning of Steven’s existence, Marc used Steven to take on the trauma and painful memories he was unable or unprepared to deal with. In this case, Marc was not ready to meet his demise and enter the realm of the dead. It only makes sense that Marc would avoid the traumatic experience of a Hell-like afterlife by having Steven take his place instead.

But is Steven really dead? Though they appear here as two different souls, it’s worth remembering Steven is still a part of Marc. They may be separated for now, but it’s very possible the two are so intertwined that Marc may be able to simply undo Steven’s fate.

Steven is Marc’s “stress ball,” after all. And escaping the afterlife is undoubtedly one of the most stressful situations in Marc’s life. Still, Episode 6 — the finale — has quite the task ahead of it when it comes to tying together Moon Knight’s story.