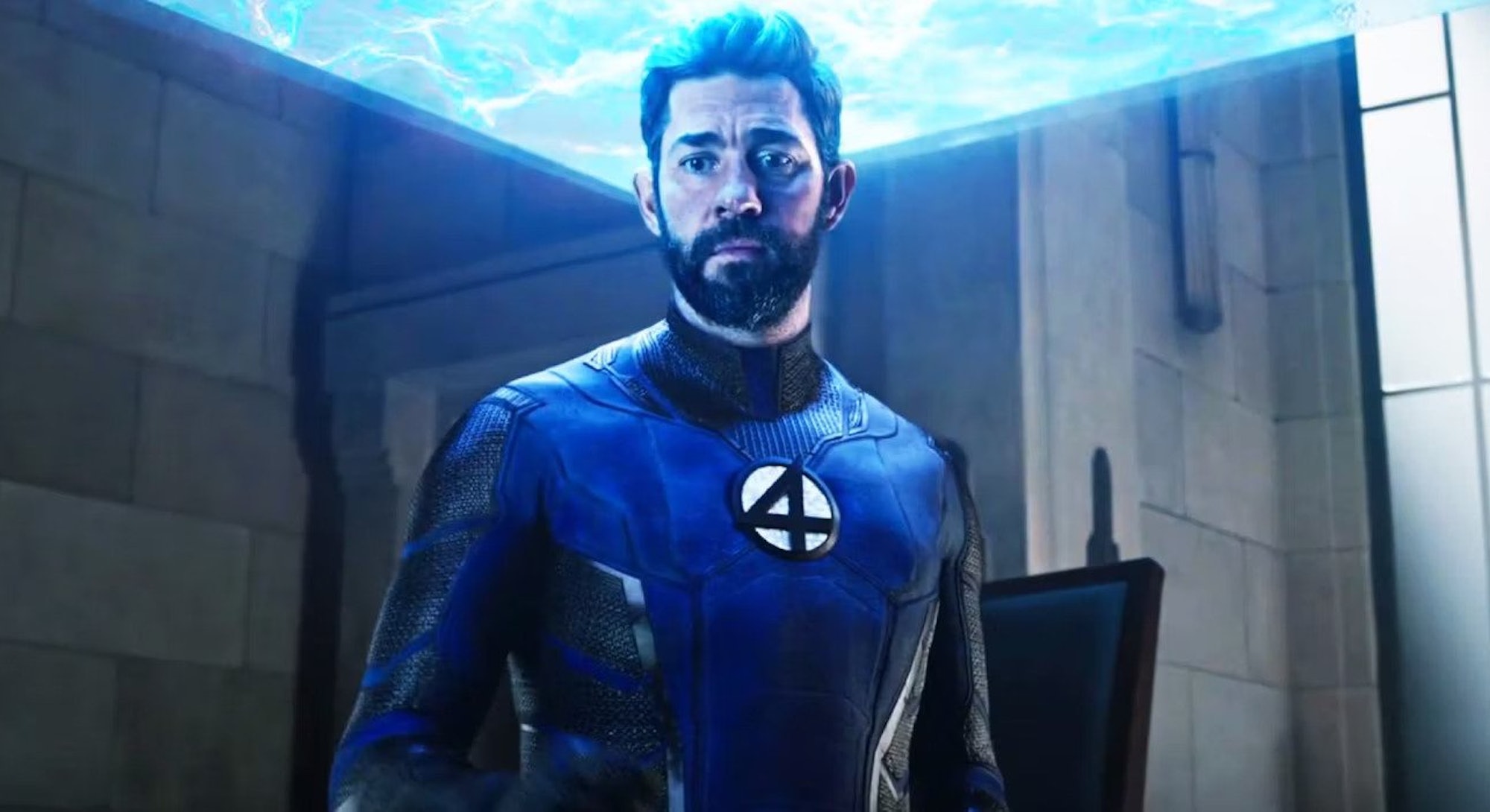 He’s the smartest man on Earth. On any Earth.

Reed Richards is a difficult egg to crack. Across four Fantastic Four movies (with three different actors) we've only gotten shades of the character, but never a complete vision that aligns with his comic book counterpart. He’s been nice, shy, nerdy, and even a bit foolish. But we’ve never seen Mister Fantastic be calculating. We’ve never seen him attempt to solve every problem there has been and will be. We’ve never seen the “smartest man alive” convene with god himself simply because he can’t stop looking for solutions — oftentimes to problems he’s created.

It’s all too easy to take a look at Reed Richards, leader of the Fantastic Four, and see him as the boring, nerdy father figure of the group. And let’s be honest, stretchy powers were cool in the ‘60s but just feel kind of goofy now. But Richards is so much more than that. After all, it takes a certain kind of person to declare themselves Mister Fantastic.

It also takes a certain kind of person to establish your friends — who you accidently mutated by way of your faulty science — as celebrity superheroes to protect them from the fear and hatred that Mutants were receiving at the time. Reed Richards is good-intentioned yet complicated, tragic yet ever hopeful, and any new screen version deserves to have those complexities explored.

I’m sure we were all hoping we’d know the cast of the Fantastic Four by this point. But Marvel Studios has kept this secret under lock and key — if there is even a secret to be kept at this point. Even the endless rumors, fancastings, and debates over whether John Krasinski should reprise his role after his cameo in Doctor Strange in the Multiverse of Madness have cooled. We do have a director in WandaVision’s Matt Shankman but besides that it seems we’re really at square one. But… perhaps not.

Even though the previous Fantastic Four movies weren’t beloved by any means, to put it mildly, there’s enough good in its casting decisions to impact the latest incarnation of the Fantastic Four, especially where the multiverse is concerned.

When there were rumors circulating about the possible direction the film would take, one constant rumor (maybe legit and maybe just wishful thinking) was that the film would be heavily inspired by Jonathan Hickman’s Fantastic Four, which ran from 2009 to 2013 and served as the lead-in to Secret Wars (2015) — alongside his run on Avengers and New Avengers.

If that ends up being the case, we’ll be lucky.

Picking up on character considerations from Mark Waid’s run nearly a decade earlier, Hickman emphasized the Fantastic Four not just as celebrity superheroes but as the greatest scientists and explorers in the multiverse. They were positioned as adventurers first and foremost. But in their efforts to explore, further questions were raised and moral boundaries were pushed.

No concept better emphasized the conflict between testing the limits of the multiverse for betterment of humanity and sacrificing personal humanity in the process than the Interdimensional Council of Reeds, first introduced in Fantastic Four #570 (2009).

Introducing The Council of Reeds

Three versions of Reed Richards from different Earths in the multiverse, all of who grew up without their father, claimed the power of the Infinity Gauntlet. Learning to communicate with each other across the multiverse, they decided to use their powers to create bridges between universes. A council hall in the middle served as the space for a literal meeting of the minds.

Soon, they discovered other versions of Reed on alternate Earths and brought them into the fold. Their goal was to solve all of the scientific problems of the multiverse, including food shortages, warfare, disease, and even mortality itself. They were creating utopias. But those utopias came with a cost.

In order to save the multiverse, each Reed had to leave behind his home on Earth, his friendships, relationships, anything that would make him than just a ghost, a footnote in history. And with the loss of those relationships came the loss of the things that bound Reed to his humanity. In other words, their brains would continue to stretch and grow, but not their hearts.

When the Reed Richards of Earth-616 (the one we all know and love for the mainstream comics canon) was invited to join the Council he was initially elated. But he soon realized that in their arrogance to “solve everything,” they had made some drastic and frightening choices, such as murdering Galactus and lobotomizing every version of Victor Von Doom they encountered to prevent him from becoming a threat.

Despite the original Council being destroyed after sparking a battle with the Celestials (which they brought with them to Earth-616 before the Fantastic Four stopped them), a new Council was reformed after the rebirth of the multiverse at the end of Secret Wars. Despite promising not to fall victim to the same failures as their predecessors, Dr. Doom warned that this new Council would end the same way as the last.

The Council of Reeds and the MCU

With Deadpool 3 taking place in the MCU, and bringing back Hugh Jackman as Wolverine, it’s clear the Fox Marvel titles are still on the table. There are even rumors that we might see the cast from those X-Men movies in Secret Wars before we’re introduced to the MCU’s new roster of Mutants. And regardless of the public’s feelings about those movies now, if Marvel Studios decides to use the Fox Marvel characters within their Multiverse, the excitement will far outweigh any residual negative feelings. It certainly worked for Spider-Man: No Way Home, though even the least-liked of Sony’s Spider-Man movies are superior to the bottom-tier X-Men movies, generally speaking.

So, with that being said, if we do see a Council of Reeds in the MCU, it could easily be comprised of:

4. John Krasinski – Doctor Strange in the Multiverse of Madness (2022)

While they don’t necessarily all have to be villainous, it would be fun to see them play off each other and illuminate the ways in which their versions of Reed failed, allowing whoever is cast as the MCU version to stand triumphant as the ultimate Reed.

And should the Council serve as the antagonists for the new Fantastic Four film, it will also avoid the mistake of confronting Dr. Doom or Galactus too soon — or using a villain like Mole Man or Puppet Master who won’t fully showcase the exploration and scientific potential of the Fantastic Four.

Additionally, Miles Teller’s Reed Richards, already based on the Ultimate Comics version of Reed, could become the villainous Maker, with designs on replacing the Earth-616 Universe with his own. So there’s mileage in some of these iterations beyond just an appearance in one film, which would be smart if Marvel Studios plans on using Doctor Doom as the Thanos or Kang equivalent for its next saga.

And speaking of Doom, we all know that Reed Richards can be kind of a jerk. But The Interdimensional Council of Reeds shows just how closely aligned Reed and Victor are. In other words, if these alternate Reeds seem like trouble, then it only raises the stakes for the coming of Doom.