“You are a bold one” 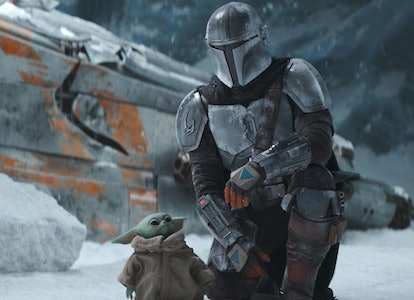 Like so many protagonists before him, The Mandalorian’s hero is no longer the mysterious figure he began as. First of all, we know his name now: Din Djarin. And we know he’s a foundling, rescued from the planet Aq Vetina and raised by the Children of the Watch, a strict Mandalorian sect that follows the “Way of the Mandalorian.”

But there’s still a lot we don’t know, like what threat Din Djarin was facing on Aq Vetina that led him to need rescuing. This fan theory may have the answer.

Redditor UkrainianGrooveMetal has a complex — but understandable — theory as to why Mando faced a deadly threat despite living in a relatively quiet planet. The secret? Darth Maul and General Grievous.

The saga follows Darth Maul as he leads the Death Watch and the Shadow Collective with the hopes of defeating his former master, Darth Sidious. But his plan fails, and Sidious uses Maul to lure out Mother Talzin, leader of the Dathomirian Nightsisters. General Grievous slaughters Talzin, and Maul is forced to retreat with the Death Watch.

What does this mean for The Mandalorian? Well, we’ve already seen a flashback of Mando’s rescue from his home planet, but we never get the context of that scene. Maybe, in The Mandalorian Season 3, we’ll see another flashback of this moment and how it affects Star Wars politics as a whole.

It’s clear that flashbacks are always going to be a part of Star Wars live-action television, and leaks state that we’ll see multiple Mandalorians in Season 3. Could some of these be the Death Watch members that gave Mando his fresh start? It would make sense, especially considering he’s now gearing up to possibly lead the Mandalorians into a new age.