'Mandalorian' Season 3 could introduce the deadliest Star Wars weapon yet 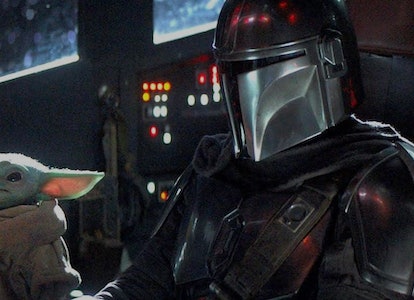 Over the course of two seasons, Din Djarin has encountered all sorts of conflicts in The Mandalorian: From heists to bounty hunts to giant sandworms, Mando is a jack of all trades, as he helps people out on his intergalactic journey.

However, most of the threats he’s faced have been relatively low-stakes. It wasn’t until the Season 2 season finale that the threat reached the sort of level we see in Star Wars.

The Mandalorian Season 3 will have to keep a consistent timbre, but that may be challenging if the story introduces a weapon seen all frequently in non-canonical Star Wars stories.

We are talking about biowarfare.

It is an incredibly underused threat in Star Wars. Within canonical stories, it’s only really been an issue once, during the Blue Shadow Virus arc of Star Wars: The Clone Wars. However, once you peek behind the curtain of Star Wars Legends, there are all sorts of examples. The infamous Yuuzhan Vong used a number of spores to infect their enemies, including Mara Jade Skywalker.

In retaliation, a rogue section of the New Republic used a bioweapon known as Alpha Red onto the planet of Caluula, causing all the Yuuzhan Vong to die a painful death — but destroyed the ecosystem along with it. That unsanctioned weapon caused a huge rift within the New Republic, with figures like Wedge Antilles arguing biowarfare makes them no better than the genocidal Yuuzhan Vong.

Why don’t we see these bioweapons in canon more often? The reason is the very high stakes that make them so gripping to watch. Massive destruction on such a level could be too much to establish as a threat within a single TV episode, and the Star Wars movies have always been more character-based.

Perhaps it's time for this science-fiction franchise to lean a little more into science.

The best choice for a bioweapon for Mandalorian Season 3 would probably be nano-destroyers, a threat mentioned in the Champions of the Force. It’s very similar to poison, but when it infects the body it breaks down the body cell by cell. The events of Champions of the Force occurred at the same point in the timeline as The Mandalorian, so it would be an apt aspect to borrow from the novels.

Besides nano-destroyers, there are all sorts of options for other bioweapons. The Alpha Red weapon was enhanced over a century later during the Sith-Imperial War by Darth Maladi and named Omega Red. Classic novel Dark Force Rising introduced the Hive Virus, a super-contagious disease that could wipe out whole world populations at a time. Though, considering the world we live in now, that may be not fantastical enough for Star Wars.

A stakes-raising bioweapon is exactly what The Mandalorian needs in its upcoming season, a weapon that Mando couldn’t face alone. That could lead him to asking help from the newly introduced Luke Skywalker, and reunite with his adopted clanmate Grogu. Though the circumstances would be dire, that could be exactly what the series needs to craft the perfect bittersweet moment.