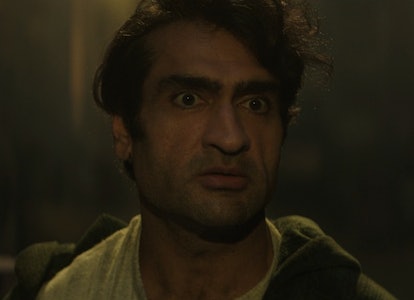 Every good thriller needs a wild card. That one supporting character who could change the course of the protagonist’s journey — for the better or worse. In Obi-Wan Kenobi Episode 2, this wild card is none other than Haja Estree, who holds the power to save or totally upend the title character’s life.

Played by Eternals star Kumail Nanjiani, Haja Estree is a new addition to the Star Wars universe. His appearance makes quite the impression, adding levity to a pretty dark show that follows the Galatic Empire’s Inquisitors hunting down and murdering Jedi. We break down Nanjiani’s new Star Wars character and his surprising twist at the end of Episode 2. Spoilers ahead.

The second episode of Obi-Wan Kenobi sees Ben (Ewan McGregor) traveling to Daiyu on a mission to find and rescue a kidnapped Leia Organa (Vivien Lyra Blair). The 10-year-old princess was kidnapped by a bounty hunter (Flea from the Red Hot Chili Peppers!) under orders from Inquisitorius member Reva (Moses Ingram) to lure Ben into a trap.

At the beginning of his search for Leia, Ben seeks out Haja Estree, a rumored Jedi in hiding that has been secretly assisting Force-sensitive people for a fee. However, Ben catches Haja in the middle of an act. With magnets up his sleeve and his fake attempts at mind control, Haja is a con artist. He’s pretending to be a Jedi for money, and Ben confronts him instantly. But before Ben even begins to threaten to out this deceitful business, Haja agrees to help Ben find Leia, and Ben has little choice but to trust the grifter.

While Haja Estree may operate in morally gray territory, Obi-Wan Kenobi makes him a mostly honest character. As he explains to Ben, he does help people, only leaving them “just a little poorer.” Haja even guides Ben in finding Leia without hesitation, and later on in the episode, when Ben is on every bounty hunter’s radar, Haja helps the Jedi escape Daiyu with Leia.

In a particularly heroic moment, Haja confronts Reva to buy Ben and Leia time to get safe passage out of Daiyu. Pretending once again to be Jedi, Haja faces off against the Inquisitor, who demands he tells her the real Jedi’s whereabouts. The con artist could easily have given up Ben’s location and taken the reward money he would earn by sharing such intel. But Haja bravely refuses, leaving Reva to use her Force powers to read his mind against his will. While he couldn’t stop Reva from getting information from him, Haja proved that he is trustworthy.

Will we see Haja Estree in Star Wars again?

Surprisingly, Reva left Haja Estree alive. The last we see of him is near the end of Obi-Wan Kenobi Episode 2 after the Inquisitor read his mind in Daiyu. While that experience may have been jarring for Haja, we doubt it will stop him from continuing his Jedi con. It sounds like he’s found a lucrative way to help people, and it seems like it would take more than an alleyway confrontation to sway him from the grift.

Haja, who brings a fresh dose of comedy to the franchise, is sure to be a fan favorite, and Nanjiani’s performance opposite McGregor’s stoic Jedi is undoubtedly memorable and entertaining. Unless Ben returns to Daiyu in a later episode, we probably won’t see Haja again in Obi-Wan Kenobi. It seems like his character arc was fully rendered by the start and end of Episode 2.

However, we could see him again in other upcoming Star Wars movies and TV shows. Considering all of the announcements Lucasfilm made at Star Wars Celebration recently, the rate at which this galaxy far, far away keeps expanding, the possibilities have never been more limitless.