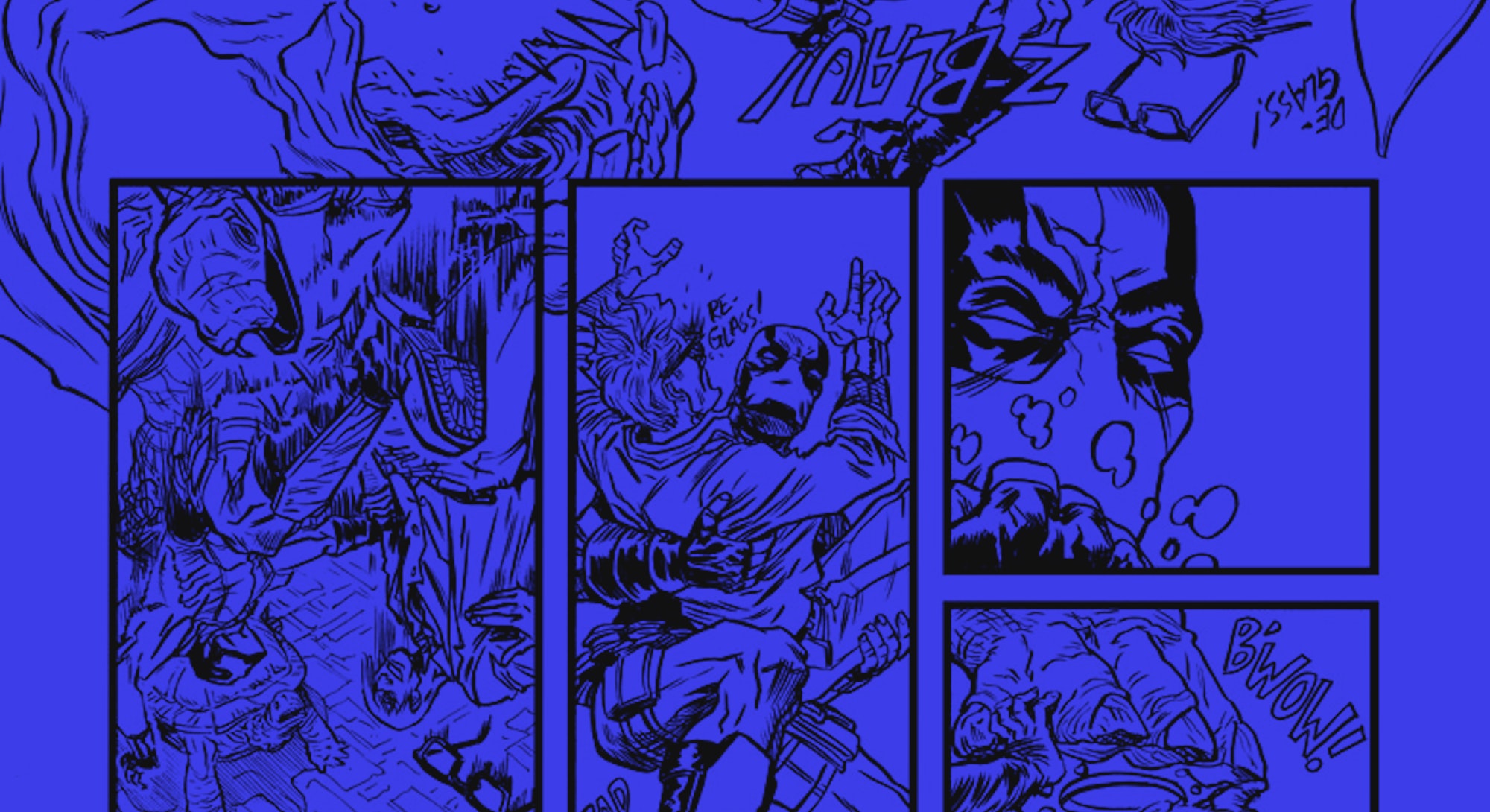 You don't have to look far to find superheroes.

Streaming TV and movies are full of heroic characters with epic powers, but there's still one medium where most superhero stories come from: comic books.

Marvel and DC might have a duopoly on the industry, but they're not the only names in the multiverse. Valiant Comics entered the cinematic arena this year with Bloodshot starring Vin Diesel, and boasts its own shared universe of superheroes. And while it's unclear where the Valiant cinematic universe will go next, the Russo Brothers (the director duo behind Avengers: Endgame) could deliver the published its first big hit with a planned TV adaptation of Quantum and Woody, a superhero duo who must connect their wrist bands every 24 hours or else disintegrate into nothingness.

Quantum and Woody's newest saga, from writer Christopher Hastings (whose Dr. McNinja was an early-aughts webcomic hit) is soon to arrive in a trade paperback collection, Quantum and Woody: Earth's Last Choice coming October 28, and Inverse has an exclusive sneak preview, along with some insight into how comic books are made.

If you ever wanted to learn how to make your own comic book, Quantum & Woody writer Christopher Hastings and artists Ryan Browne and Ruth Redmond reveal the what, the how, and the why of writing and drawing a superhero comic book action sequence.

Here's how to make a superhero comic, from Valiant Comics.

Their answers have been edited for brevity and clarity.

Christopher Hastings (writer): My stance here is a widely-held I don't think will shock anyone: A comic page has to be clear. The reader should be able to follow what's going on. Nothing should be lost between the artist's intentions and the reader's experience.

Secondly, the page has to be entertaining! There are many comic pages that are easy to understand but dull. Conversely, there are plenty of amazing comic pages where you have no idea what's going on in the story.

Ryan Browne (artist): The page has to tell the story clearly and avoid confusing the reader. On every page, I try to re-establish the location and where the characters are relative to one another. Dynamic storytelling requires a variety of “shots” to bring excitement. So on each page, I identify the most important panel and work to make it the focal point of the page.

Ruth Redmond (colorist): It is my job as a colorist to encourage the reader’s eye in the way the writer and artist intended while evoking any emotions I feel appropriate for the scene with colors I choose. For example, flashy yellows, orange, and reds invoke a sense of danger. Greens, teals, and dark blues illicit a creeping sense of doom. Pushing back certain elements and pulling others forward is a big part of leading the reader's eye.

Hastings: Previously in this issue, Quantum and Woody have failed at saving a child from the brain monster you see in this sequence. They get a little therapy session from a more experienced superhero that gets to the core issues in their being bad at superhero-ing.

The point of this scene that comes after, is to show that the two are experiencing emotional growth. We're using a fight in a zoo to make that emotional story told in an active way that's suitable for a comedy superhero book. The superpowers and their improved usage of them is a metaphor for the brother's relationship healing. Also, said mentor gets flung out of the way immediately so there is no confusion that this "savior" cannot be relied upon here.

The boys will have to work out their issues (fight the big monster) on their own now.

Browne: Comics combine illustrations that when read together are perceived as time passing. So you want to direct the reader's eye so that it flows from panel to panel in the correct order.

Redmond: Our eyes naturally seek out patterns and familiar concepts in images. When a comic is designed right the brain goes into this incredible autopilot where the reader is absorbed, bouncing from face to face and quickly absorbing the "voices" in the speech bubbles. A well-designed comic will make it very easy for the reader to slip into a comfortable pace where they aren't thinking about where to look but are only considering what they are seeing, and how it relates to what they saw and hope to see next.

There are many incredible techniques employed by every stage of the creative process of a comic book to help sculpt the most enjoyable slip and slide of a superhero story.

Browne: Sometimes this is difficult. You need to stage a scene placing characters in the proper order so the word balloons don’t get tangled up. You need to avoid [breaking] the 180 rule (where characters swap places because you suddenly view the action from the opposite side). I always try and angle it down in the direction of the reader.

Redmond: A fun way to use light and dark (or contrast) is when coloring disruptive light or flashy powers in a scene. Look at where Woody is blasting the hippo in the mouth with his eye beams. I put the lightest colors where the figures would realistically get lit by the bright light and darkened the base color where light wasn't touching. This helped create a sense of the brilliance of Woody's inverted shaft of light even against a white background. Colouring Ryan's wonderful line work in strategic places helps with this too.

This is called a color hold and is done in Photoshop by locking the pixels that constitute the line work I would have separated off the page in the flatting stage. Another example of this would be where I color the snakes darker where I wanted them to recede visually and gradually lighten them in the direction I believe the reader's eye ought to be led.

Browne: I think about action and reaction. Having a panel serve as the setup and a panel as the punchline. I think about the page flip a lot. I like to build the action to a head in the last panel and then have the reaction/reveal be the first panel of the next page. That little moment of the reader traveling from the bottom of one page to the top of the next page creates a tiny hesitation and thus suspense.

My goal in an action sequence is communicating where the characters are and what they are doing, but I have to do so in the most dynamic way.

Redmond: To move the reader through the amazing action Ryan and Christopher have choreographed, especially in chaotic scenes where there is a tentacled monster, three main characters, and a stack of zoo animals, it can be challenging to decide what gets pushed back from the reader's eye. I want to emphasize speed, scale, and the impact of blows or powers.

Browne: It starts with the script. Chris is setting up the scene and characters. I place them in the panel based on the order they speak in. The first speaker in a panel needs to be on the left since they will have the first speech balloon. With this page I had to establish the scene, then reintroduce our characters (order determined by who was speaking first) then I had to establish the looming threat. Finally, I used three small panels to show three quick actions. In general, the smaller the panel the quicker the reader reads it and thus it becomes a smaller moment in time.

Step 5: Know what comics can do that TV and movies can't

Hastings: My favorite thing about comics is that I get to tell a visual story without the massive demands of film or television. It is quite gratifying to come up with something like "A brain monster combines an entire zoo's worth of animals to make some kind of biological Voltron" and then see it get illustrated so skillfully, and then actually get PRINTED and DISTRIBUTED. I like the feeling of "I can't believe I'm allowed to do this."

Quantum & Woody: Earth's Last Choice will be released on October 28.