You need to watch this post-apocalyptic masterpiece free online ASAP

“It is cold and growing colder.” 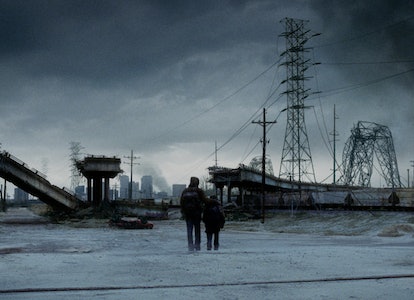 After you survive the apocalypse, what happens next? As years pass, and the world around you decays even further, what makes life worth living? Maybe it would have been better to die in an initial, society-decimating catastrophe than to hold on to whatever miserable existence is left for those still alive.

These are unpleasant concepts to ponder, but director John Hillcoat confronts them head-on in his adaptation of Cormac McCarthy’s 2006 Pulitzer Prize-winning novel The Road. Hillcoat and screenwriter Joe Penhall faithfully translate McCarthy’s spare, unflinching prose into haunting imagery, harnessing the same power on screen that McCarthy achieved on the page.

The Road, which is streaming free online, can be a tough watch, and it’s not entirely surprising that audiences in 2009 were reluctant to embrace it when the film first hit theaters. Although it was released by the genre-focused Dimension Films, The Road isn’t an action thriller or a horror movie.

Instead, the film is a bleak, unrelenting look at the worst of human nature, with only the tiniest slivers of hope poking through. There are moments of suspense and terror to be found in this story, but they’re surrounded by melancholy and despair, reflecting the lives of the unnamed main characters.

As The Road opens, a man (Viggo Mortensen) and his son (Kodi Smit-McPhee) travel a barren landscape once known as the United States, headed south toward the coast with a vague sense that things may be better there. It’s been years since an unspecified event wiped out most of the world’s human population, along with all animals and agriculture. In voiceover, the man says that he no longer knows what month or year it is, though the passage of time can be charted by the age of the boy, who looks to be about 10 years old. In flashbacks, the man and his wife (Charlize Theron) witness the beginning of the apocalypse as she’s pregnant with their son.

Those flashbacks are key to breaking up The Road’s persistent darkness, although they eventually head in a grim direction themselves. The movie opens with shots of sun-dappled trees and flowers, the man tending to a horse, his wife smiling. There were happy times in the past, and being able to recall them is both painful and comforting for the man and the boy. Their everyday existence is filled with roving marauders, human remains in dumpsters, and preparations for suicide in the event they’re captured by cannibals. “Each day is more gray than the one before,” the man intones wearily. “It is cold and growing colder.”

Eventually even those memories can be too much to bear in a world that takes everything from you. In the movie’s most beautifully tragic scene, the man takes one last look at his only photo of his wife and tosses it off the side of a freeway interchange, the tiny object falling away into insignificance. Most post-apocalyptic movies allow the characters to dream of a better world, but The Road shows how hollow those dreams can be.

That’s not to say that Hillcoat doesn’t find grace notes amid all the squalor. In one abandoned building, the man pries an intact can of Coca-Cola from a vending machine, and father and son share the drink, with the boy marveling at the bubbles. (It’s the world’s most depressing Coke commercial.)

All of this would be too much to bear, were it not for excellent performances from Mortensen and Smit-McPhee, who balance their characters’ distress with love and determination. The man lives for the boy, as a parent is expected to, but the boy lives for his father as well, and he shoulders the burden of their shared quest more than his father realizes. Flashbacks reveal that the boy’s mother eventually found such a burden to be too much. “I don’t want to just survive,” she tells her husband in her lowest moment. But survival, they know, is all anyone in this world has left.

The man closes himself off from compassion, mistrusting any fellow refugees that they encounter, even those who are clearly benign, like a nearly blind old man played by Robert Duvall. Duvall’s character, Ely, is the only one in the movie who gets a name, and he’s moved to tears by the boy’s mere presence. “I never thought I’d see a child again,” he says, which seems like a reasonable assumption in a world such as this.

With no animals left to hunt and food stores almost entirely depleted, children start to resemble prey for the violent and hungry. In the movie’s most harrowing sequence, the man and the boy find a locked cellar in a house that appears empty; they contravene every horror-movie rule by breaking it open and heading downstairs. There, they discover a room full of captives, naked and partially cut up for food. They narrowly escape the gang of cannibals who return to the house, but not before the man points his gun at the boy’s head, ready to pull the trigger rather than allow him to be captured.

It’s tough to come back from something like that, but The Road perseveres, much like its characters. As harsh and unforgiving as the movie can be, the simple fact of the man and the boy continuing on in the face of everything they’ve experienced provides its own kind of catharsis. When surviving is all you have, surviving must become enough.

The Road is streaming for free on Pluto TV and Redbox in the U.S.