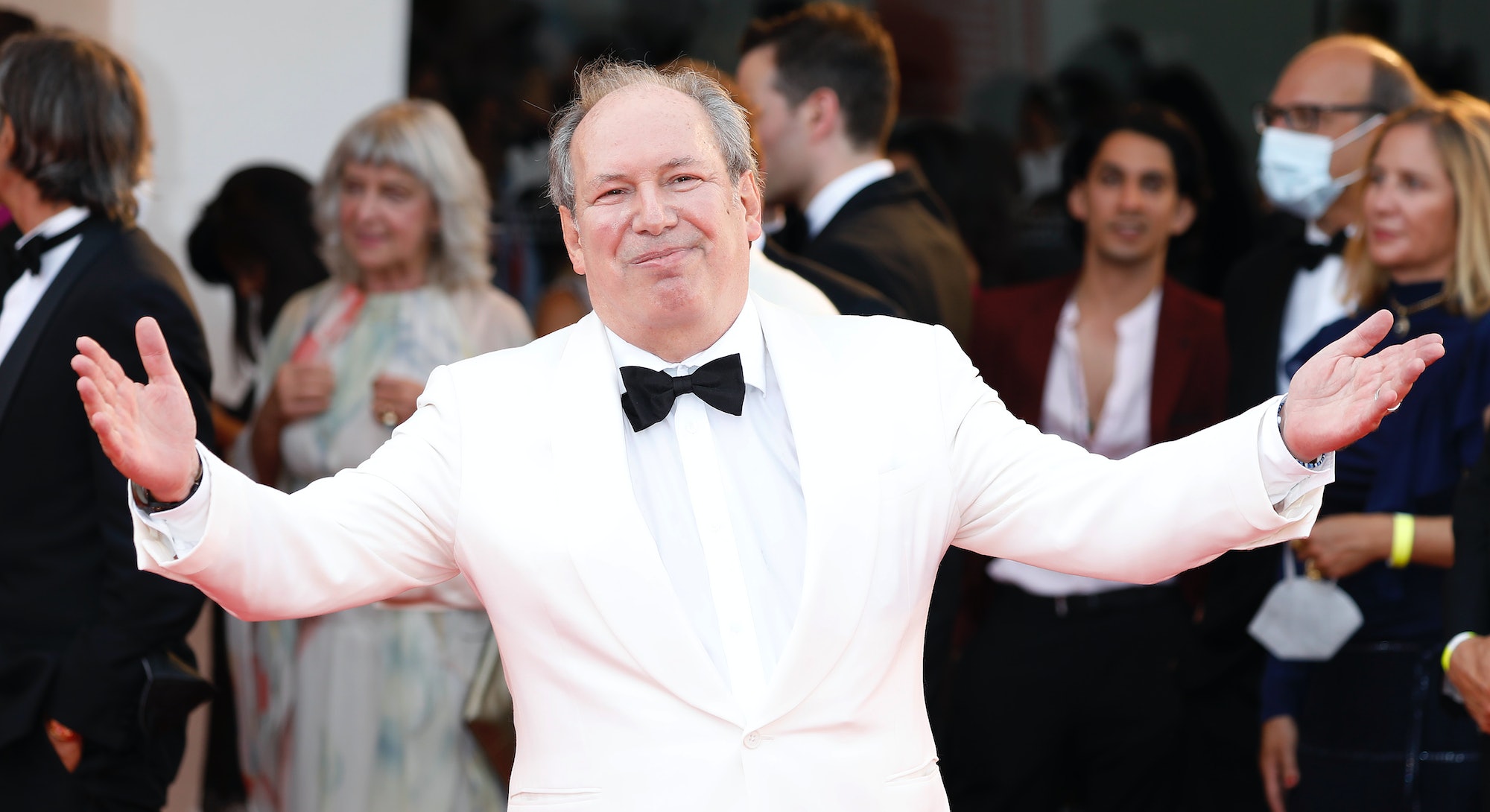 Zimmer is the maestro behind the music of such classics as Gladiator, The Dark Knight trilogy, the Pirates of the Caribbean films, Interstellar and more. But with Denis Villeneuve's Dune, he finally gets to create a sound he's been imagining since he was a teenager, a sound that is truly otherworldly and unlike anything else in sci-fi cinema. And he's getting ready to do it all over again.

"In my head, I know the structure of the score over the other two parts, because I just see it as one," Zimmer tells Inverse. "In my head, I've sort of written the shape of Part Two already. I just sent Denis a text yesterday saying I have all these crazy ideas for the next one. There is a solid way of breaching out in the story musically that nobody has really thought about."

After making a splash at its world premiere at the prestigious Venice Film Festival and topping the international box office, Dune is officially getting Part Two, which will continue the story from Frank Herbert's influential novel.

Part One follows Paul Atreides (Timothée Chalamet), the ducal heir of House Atreides, which has been entrusted with the stewardship of Arrakis. House Atreides must move to the hostile planet home to harvest spice melange, the most valuable substance in the known universe. There, Paul and his family face incredible danger, as he discovers there is a hidden power awakening inside him that will forever change the shape of the universe.

In an interview, Zimmer shares with Inverse:

When people think of sci-fi music, usually the first thing to come to mind is John Williams' score for the Star Wars films. How do you go about distancing Dune from those expectations?

John Williams is a genius and the music he wrote is the work of genius. But when I was a teenager and I saw the line "in a galaxy far, far away," I thought, "Why am I hearing strings? Why am I hearing trumpets?" I thought a faraway place would not have 19th-century romantic orchestras when it should have weird outer space sounds, so that was my main thought going into Dune. Denis and I approached this film not with the wisdom of old men but by putting ourselves right back to being 13-year-olds reading the novel for the first time. So I wanted to go and invent new instruments and do a totally different kind of music.

One of the first things we talked about was the use of voice. Because the most powerful idea for us was that the book is a trick. You're constantly hearing about these male characters, but it's really the female characters that have the true power in the story, even when they are in the background. So, it was important for us to use female voices in the music. Even when Lady Jessica isn't on the screen, there is still a residue in the room of her in the form of female voices in the score.

And yet, I am curious about that bagpipe, because that is certainly an instrument from our world, yet it fits so perfectly with the Atreides aesthetic.

That wasn't my idea, actually. That was Denis. I'm looking at a picture, and it's the first time they're landing on the planet. I see a guy playing the bagpipe, and suddenly I totally got it because it would have been wrong to do trumpets heralding the royal family's arrival.

If you look at their history, what can be more ancient than something that's made out of a piece of wood. Bagpipes are not only Scottish or Irish but they were also used in Spain and Catalonia, as well as the whole Middle East. It is much more interesting to use an instrument that is broad, tribal, and slightly dangerous, and one that can still exist in tens of thousands of years than something that is constantly being modified. I don't think there has been a lot of development in bagpipe technology. But even the drums in the movie are completely synthesized because I wanted them to be not like any drums you could buy at a shop.

Even though Part Two was only just announced, did you have the latter half of the book in mind when composing?

The only way you can go and approach something like this is with the recklessness of a teenager. So you go, "Of course, we are going to go and do Part Two!"

Just because they want to go and make sure that we actually make some money before they greenlight Part Two, it doesn't mean we can't think about it. On the contrary, we have to think of it as we are going to tell the whole story. I know the structure of the score over Part One and Part Two because I see it as one. And, in my head, I've sort of written the shape of Part Two already. I just sent Denis a text yesterday saying I have all these crazy ideas for the next one. There is a solid way of breaching out in the story musically that nobody has really thought about. But I should tell the crazy ideas to Denis first.

The other thing that really surprised us was that we weren't ready to come out on streaming at the same time as we were coming out in theaters. There's a very practical thing that happens which changes the score depending on where you watch it. When you look at the images in Dune on the big screen, it takes longer for your eye to wander across the vastness of each frame, each shot. On television, everything can move faster, so I would have written the music in a different tempo, and the editing could be faster.

The movie makes a mention of Gurney Halleck's renowned musical talents, but we don't hear him sing. Did you write any songs?

I wrote them, and I recorded them. They exist, and Josh [Brolin] sang them beautifully. Anything that exists will eventually find its way out into the open. We can't hide anything anymore; so you just have to be a little bit patient.

As a fan of the book, what about the latter half of the story excites you the most, music-wise? What are you most looking forward to composing in Part Two?

Strangely, it is everything after where we stopped. It's where Zendaya goes, "This is only the beginning," and I'm like "Yes!"

All those people who haven't read the book, they don't even know how exciting it's going to get. So far, we have managed to do a very interesting setup and introduce you to a world we have built, introduce characters to you, and we've laid the foundations of a story. Now we're going to go and unleash the story.

Lastly, you are going from Dune to another iconic franchise with an established sound in Top Gun: Maverick. How much do you play with the main theme from that score?

Easy! I called Harold Faltermeyer. After all, we are from the same town, and I said, "Come, let's just do this together." I think it is such an iconic tune with an iconic sound, and I didn't veer that far away from it. I tried to celebrate that sound, I quite like honoring the influences I've had. I love Top Gun, I love Tony Scott, he was one of my best friends. So it was important that we would honor that.

That's the thing in Dune as well. The end title in Dune is something I co-wrote with Klaus Schulze because he did an album called Dune, and I love the baseline in a track called “Frank Herbert.” I phoned him and asked him to collaborate on a track here because I know how much he loves this. I come from bands, so it is important to me that we acknowledge all the work going on around us in a collaborative way.

Dune: Part One is now playing in theaters and streaming on HBO Max.