'Dune' director reveals how Covid-19 made the film even better

“Instead of running, we walked to finish the movie.” 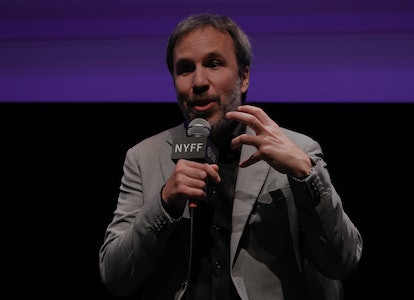 Almost a year after its original release date, Dune is finally coming to U.S. theaters (and HBO Max) on October 22. Director Denis Villeneuve has spoken before about the film’s delay and Warner’s decision to release it on streaming, but at the movie’s New York premiere on October 8, he offered new information on how it affected the creation and release of Dune: Part One.

At a New York Film Festival screening attended by Inverse, Villeneuve made a short opening statement, which began with his deep love for the Frank Herbet book his movie is based on.

“You could say it was a movie that was 40 years in the making,” Villeneuve said. “I read the book at 14 years old. So I’m dreaming to make this movie for a very long time.”

He went on to explain why Dune’s year-long delay wasn’t necessarily a bad thing:

“It gave us the capacity to have more time,” he said. “Instead of running, we walked to finish the movie, which I truly appreciate because I was able to make sure the ideas had deep roots.”

Villeneuve's comments support what we argued almost a year ago: the director simply needed more time to finish his movie. In August 2020, he confirmed that post-production and editing for Dune was going to be a struggle. "It will be a sprint to finish the movie on time right now," he said.

Thanks to delays, Villeneuve and his team had a chance to get Dune right.

Compare that to another recent science-fiction epic: Star Wars: The Rise of Skywalker. Due to similar time constraints, Lucasfilm was forced to edit the movie on the same set where it was being filmed. Director J.J. Abrams initially rejected the idea but gave in when he realized there was no other choice if he was going to hit the studio’s planned release date.

Here’s what The Rise of Skywalker editor Maryann Brandon told Express back in 2019:

“When we did The Force Awakens, we started in May and we finished shooting in October, and we were out [the following] Christmas. For this film, we didn't start until August, so we weren't done until February shooting — so we have four months less time, and it's a very big film. So I convinced J.J. to let me cut on the set. He was like, ‘No, we never do that.’ I was like, ‘Just try it, so I can start turning over shots.’”

The results speak for themselves. Rise of Skywalker was a total mess. Dune is better, to say the very least. (Read our official Dune review.)

“The idea was to create the most immersive experience possible.”

As for the decision to release Dune in theaters and on HBO Max simultaneously, Villeneuve offered some restrained thoughts on that decision as well. In short, he still thinks you should see it in theaters — if you feel safe and comfortable doing so.

“The book is epic,” Villeneuve said Dune’s the New York premiere. “The first thing we said was that this movie needed to be seen in IMAX or a massive screen. The idea was to create the most immersive experience possible.”

“For me, the big screen is part of the language. It’s something I repeat a lot, but it’s true. The way you shot, the way you do the mise-en-scène, the way you design the sound is made to be seen in a room like that.”

Dune premieres in theaters and HBO Max on October 22.

More like this
Entertainment
6.30.2022 5:01 PM
Everything we know about Dune: Part Two
By Gabrielle Bondi and Ryan Britt
Entertainment
6.29.2022 10:30 AM
25 years ago, Nic Cage made his most explosive sci-fi movie ever — it was almost even better
By Jake Kleinman
Culture
6.28.2022 11:00 AM
5 years ago, the director of Parasite made his most unsettling sci-fi movie
By Allyson Johnson
Related Tags
Share: