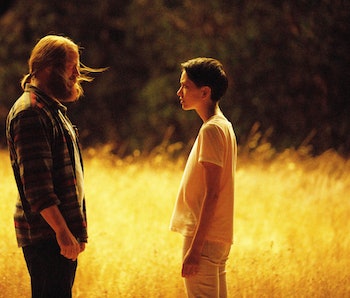 This article about the series Devs was originally published on January 29, 2020 and updated on July 10, 2021 following the release of the season on FX on Hulu. Read on for the original article, with some new changes to reflect the latest updates on this topic.

Devs marks Alex Garland’s television debut and the drama miniseries delves into a mystery centered on advanced technology's effects on mankind. The imaginative writer-director behind Ex Machina and Annihilation, Garland's next foray into sci-fi is plenty trippy. With a cast led by Nick Offerman, Devs aims to be both chilling and thought-provoking. Here’s everything we know about the miniseries:

When did Devs premiere?

Where can I watch Devs?

The series was originally set to air on FX. However, plans changed and Devs is now available to watch on Hulu, following the announcement of the “FX on Hulu” initiative created by Disney in November 2019. That means that all of FX’s original series will be on Hulu from now on. Devs was the first FX-produced show to launch on the streaming service.

How many episodes does Devs have?

Devs ran for a total of 8 episodes.

Will there be a Devs Season 2?

Devs was conceived as a limited series, meaning there are no plans to renew the show. In fact, Garland is already writing his next TV series, which won’t be based in sci-fi and will explore "civil disobedience."

Who is in the cast of Devs?

Offerman, most famous for playing Ron Swanson on NBC’s Parks and Recreation, stars alongside Sonoya Mizuno. Offerman plays Forest, the CEO of a cutting-edge, yet mysterious tech company called Amaya. Mizuno plays Lily Chan, a computer engineer who finds herself in the midst of a conspiracy.

Offerman recently spoke with Inverse and said the role was “just incredible.”

What is the plot of Devs about?

The series follows Lily's investigation into the apparent suicide of her boyfriend. Eventually, her detective work leads her straight to Amaya CEO Forest, who leads a company division called Devs, which is tasked with working on a secret quantum physics project.

Alex Garland spent 15 years researching Devs. During the panel at the Television Critics Association’s winter press tour (via Syfy), Garland conceded that philosophical arguments about technology are “irrevocably complicated” and “can’t be reduced to sound bites. But I don’t want to reduce the truth of the thing. Doing that is a real disservice, by making real things false.”

Is there a trailer for Devs?

Yes, there is! The “first look” at the series dropped in February 2020. You can check it out below.

Devs premiered on March 5, 2020. The entire miniseries is currently streaming on Hulu.

More like this
Culture
13 hours ago
If you loved Nick Offerman in The Last of Us, check out the series he starred in right before the world shut down
By Dais Johnston
Entertainment
Jan. 27, 2023
The Last of Us Season 2 renewal: Everything we know so far
By Eric Francisco
Entertainment
15 hours ago
The Last of Us Episode 4 trailer teases the entrance of Melanie Lynskey’s character
By Claire Fox
LEARN SOMETHING NEW EVERY DAY.

This article was originally published on Jan. 29, 2020