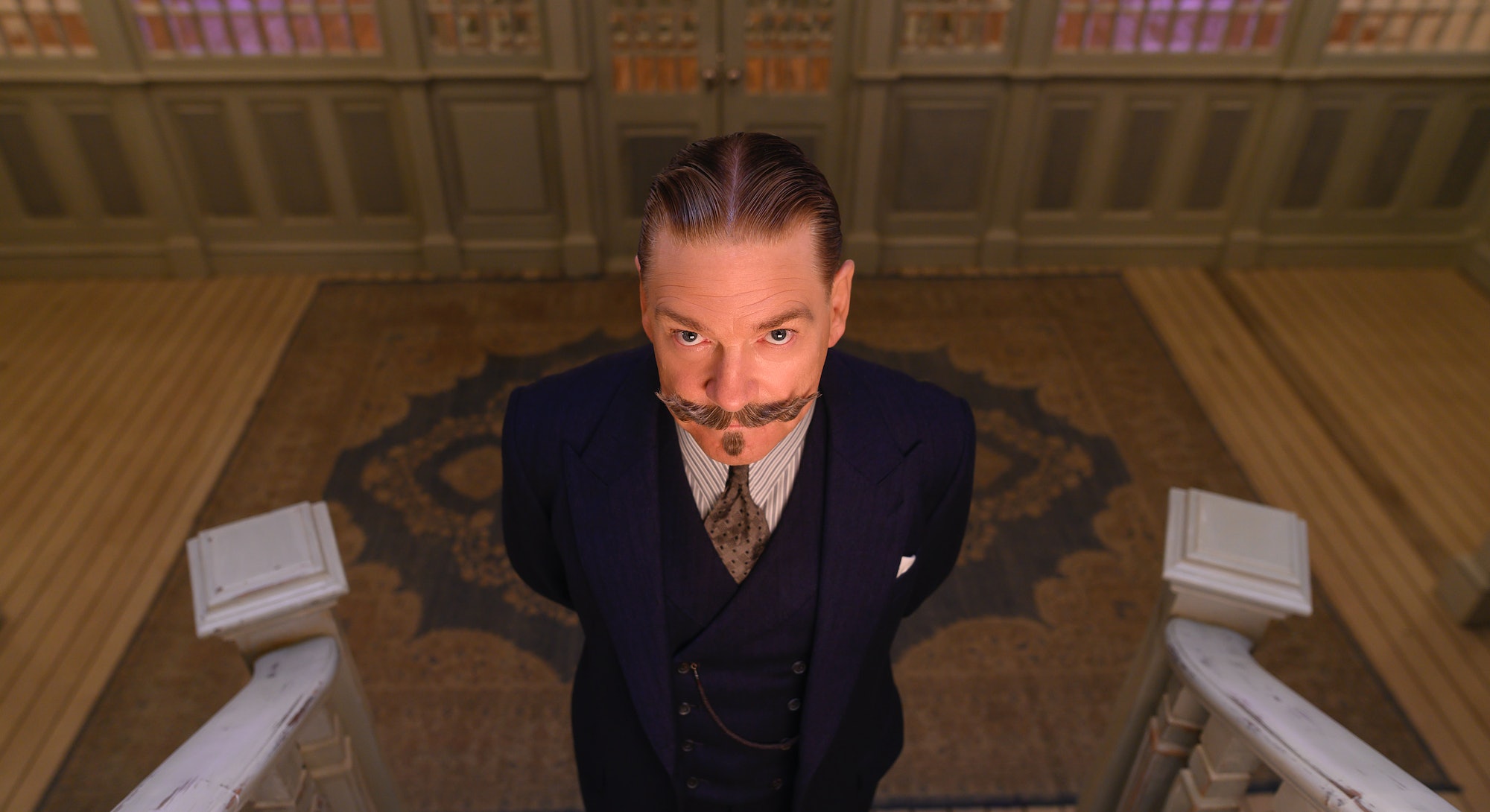 Agatha Christie’s detective novels practically invented the plot twist. So it’s rather fitting that Death on the Nile from director Kenneth Branagh is — in a plot twist for 2022 — one of the better wide releases of the year.

A step up from Branagh’s middling and toothless adaptation of Murder on the Orient Express in 2017, Death on the Nile is a stronger, sexier, and more focused production that finds sorrow and solemnity in swoon-worthy sunsets of an artificial Egypt. (Filming took place primarily in England and Morocco.) While the ensemble cast is comically composed of some of the most cancel-worthy stars in Hollywood, including alleged anti-vaxxer Letitia Wright and self-proclaimed sex cannibal Armie Hammer, it doesn’t stop Death on the Nile from indulging audiences in its bravado that effortlessly drips old school cool.

Practically standalone from Murder on the Orient Express and based on Christie’s 1937 novel, Death on the Nile reunites audiences with actor/director Hercule Poirot, the mustachioed master detective who still seeks a life of balance.

After Hercule runs into Buoc (Tom Bateman, also from Orient Express), the detective finds himself a guest in the wedding of wealthy socialite Linnet Ridgeway (Gal Gadot) and Simon Doyle (Hammer). Doyle only met his new bride after breaking off his engagement to Linnet’s jealous friend, Jacqueline de Bellefort (Emma Mackey). The party boards the S.S. Karnak for the scenic tombs of Egypt until a murder derails the mood. Despite his wishes to rest, Hercule is called to duty to find the killer in the name of justice.

Death on the Nile is altogether a better picture than its predecessor. It’s funnier, it’s smarter, it’s steamier, and most of all, it’s richer with emotional depth and tension than the tonally uneven Orient Express, a movie that begins with Hercule’s feet in dung and ends in a baffling resolution. Instead, Nile begins with passion, heat, and sweat, and it ends all the same.

On paper, Nile is simply a throwback to old Hollywood whodunnits. But in execution, it earns the legacy of the genre’s timeless appeal, offering its sophistication in storytelling, textured characters, and a consistent melancholic tone. Never does Nile feel cartoon-like as Orient Express did.

With screenwriter Michael Green, Branagh undresses the humanity of Hercule that lies beneath his mustache. The rest of the cast, problematic as they all are (Google search Rose Leslie’s dad), elevate the material beyond its nature as another recycled Hollywood product. Sex is on the menu again, and while there isn’t anything so explicit that pushes the film’s PG-13 rating into hard-R territory, it oozes sensuality and eroticism that’s been far too absent at the cineplex. It is popcorn fare for adults, and it’s a flavor Death on the Nile relishes thoroughly.

Branagh was no novice when he helmed Murder on the Orient Express five years ago. The British-Irish artist already had a storied career specializing in Shakespeare adaptations before finding himself lost in the Marvel Cinematic Universe for Thor 11 years ago. This is why it felt like an aberration when Branagh’s Orient Express ended up a turd, a murder mystery for distracted children. Despite its enviable cast and proven material, none of Branagh’s distinctive delicate touches were found onscreen.

Branagh still isn’t entirely himself with Death on the Nile. In fact, there are even fewer traces of his usual omnipresent camera angles. But the lack of Branagh’s auteur touch isn’t terribly missed either, not when everything else is so confident and precise. And certainly not when Branagh’s role of Hercule Poirot isn’t just more tolerable but also sincere. With the camp volume turned down, and the heat turned up, Branagh’s Hercule ceases to be a flat archetype but a fully-formed character as worn as the insides of an aged paperback.

Not all the sins of Murder on the Orient Express are forgiven in Death on the Nile. Like Orient Express, there are still heavy-footed exposition and slow-cooked plotting, making Death on the Nile feel like death by patience. The personal politics of the cast can also be difficult to ignore. (One scene involving an indulgent view of Israeli actress Gal Gadot as Cleopatra has such poor optics that it feels destined for Twitter discourse.)

But Nile is generally just better dressed for the occasion than Orient Express. It’s more internally consistent and visibly more invested in Hercule as a competent protagonist suffering from longing. There is tragedy at the heart of Death on the Nile, and it’s not limited to the bodies they find.

Death on the Nile isn’t Hollywood at its finest. It is Hollywood at its most aggressive. Little of the movie looks natural or naturally made. Everyone onscreen is handsome and dressed up for pretend, to play in lavish scenery storyboarded from vintage travel brochures. And it works.

Branagh’s new film is indulgent, gorgeous, and somehow sad about everything. It feels more authentic to the imagination of Agatha Christie than Murder on the Orient Express, a lesser film that didn’t know who or what its protagonist should be. Death on the Nile has at last figured out its Hercule Poirot, and he’s not who you expect. Talk about a plot twist.

Death on the Nile will open in theaters on February 11.