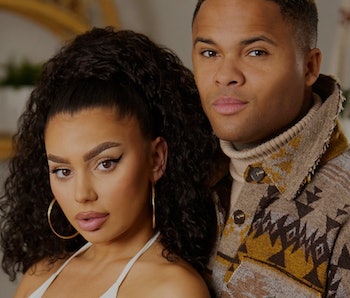 Early August has been... difficult for DC movie fans. After the Warner Bros. Discovery merger prompted the cancellation of the almost-finished Batgirl and the removal of already released shows and films from HBO Max, the world waited anxiously to find out what this new corporate overlord had planned for the DC Extended Universe.

On Thursday, the fate of the service was revealed in an earnings call where Warner Discovery detailed its plan for the future, a plan that centered around flagship franchises like Superman, Game of Thrones, Batman, and... “The 90 Day Fiancé Universe.”

The memes were immediate and brutal, but maybe CEO David Zaslav has a point. A closer look at some of Discovery’s biggest success stories could reveal how this unlikely strategy might actually be the thing to finally get the DCEU back on track.

First, we need to establish that 90 Day Fiancé is a franchise that already rivals the DCEU. The reality show centers around couples separated by distance moving to the U.S. together under the K-1 visa, which allows non-US resident fiancés to enter the country for 90 days in order to get married. With a built-in ticking clock, it’s the perfect recipe for drama.

But even that wasn’t enough. When Discovery claims 90 Day Fiancé is a universe, it’s not a joke. There are now countless spinoffs, including 90 Day Fiancé: The Other Way (where the American fiancé moves to another country), 90 Day Fiancé: The Single Life (following people whose relationship didn’t work out), and even 90 Day: Foody Call, a cooking show where couples cook the food of the immigrant spouse’s home country. Oh, yeah, and there’s also Pillow Talk, where previous couples comment on the current season of whichever spinoff is airing.

But what does this have to do with Batman and Superman? All these spinoffs cement that this reality franchise has structured itself like a cinematic universe. Much like a superhero team-up, these “characters” are introduced as a group where interest is gauged to see who will move on to a spinoff, be it on an existing show or under their own brand.

While DC was struggling to catch up with Marvel, the 90 Day Fiancé cinematic universe quietly pulled into the lead.

The term “90 Day Fiancé Universe” is not new, as seen in this 2021 ad for Discovery+ Phillipines.

It’s hard to compare a superhero franchise to a reality franchise, but there’s a clear audience for the two, even if there isn’t much overlap. The 90 Day Fiancé fandom is a fandom like any other, with merch and discourse and fanart. Despite the wide variety of formats, the brand keeps bringing viewers in. Why can’t the DCEU follow the same model and give us more ensemble projects?

Batgirl was supposedly canceled after poor test screenings, but what if she was introduced in a larger blockbuster and then became the breakout hit? Even if she’s not the biggest star, she could have scored a modest mid-budget of her own.

If Discovery already owned the DCEU, we’d probably be watching our 10th Justice League movie by now. Instead, we’re still debating which director made the less-bad version of the original.

The 90 Day Fiancé Universe is now streaming on Discovery+.