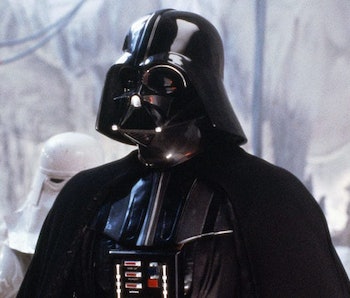 Obi-Wan Kenobi could bring back a weird creature from the Star Wars cabinet of curiosities. The galaxy far, far awayis filled with countless aliens, ice spiders, and mayhem-causing monsters. We know Hayden Christensen's Darth Vader is set to make his triumphant return in Ewan McGregor's upcoming Disney+ series, and it’s possible that his arrival will finally introduce a terrifying creature from the comics. Let's break it down.

The Eye of Webbish Bog is a relatively new monster to Star Wars lore. The spider-like creature was conceptualized by special effects supervisor Neal Scanlan and his team for an important scene in Star Wars: The Rise of Skywalker. The character apparently spoke with Kylo Ren regarding where he could find Darth Vader’s wayfinder device during the Sith’s visit to Mustafar.

However, the moment was ultimately cut from the final film and it wasn’t included as a deleted scene in The Rise of Skywalker Blu-ray release in March. The Eye of Webbish Bog later appeared in three issues of 2020’s Darth Vader comics, as well as in the official Rise of Skywalker novelization. There is hope that Lucasfilm could resurrect the creature for the Obi-Wan Kenobi series on Disney+.

What is the Eye of Webbish Bog? The entity looks like a frog and a spider had a baby. The Bog is an oracle-like being attached to the top of a blind giant, with the creature acting as the giant’s eye. The symbiotic pair live together in a volcanic lake on Mustafar and the Eye of the Webbish Bog claims to have been tasked with the protection of the wayfinder, a navigation device created by the Jedi and the Sith.

In Darth Vader #8, the Sith lord is stuck on Mustafar after facing punishment from Emperor Palpatine. The Eye of Webbish Bog (what a mouthful) emerges to help guide Vader on his next journey, though he quickly discovers that they share a Force connection. The comic is set in the aftermath of Vader’s lightsaber duel with Obi-Wan in A New Hope and his confrontation with Luke Skywalker on Bespin. You could say Vader is having an identity crisis of sorts.

There are multiple reasons to believe that the Eye of Webbish Bog will debut in Obi-Wan Kenobi. Now that we know that Darth Vader will appear, it’s possible that the series will detail the origin of Vader’s relationship with the web-footed entity. What’s more, the giant has a true physical form, but it can shapeshift into anyone, including Luke and Palpatine. That is pretty terrifying.

There’s always a chance that Vader will be brooding on Mustafar in the Obi-Wan Kenobi series, as he is wont to do. Considering that the Sith lord shares a Force connection with the Eye of Webbish Bog, a scene or two between them could offer fans more insight into Vader’s psyche.

Obi-Wan Kenobi is in development at Disney+.