“I had a physical hook in my mouth.” 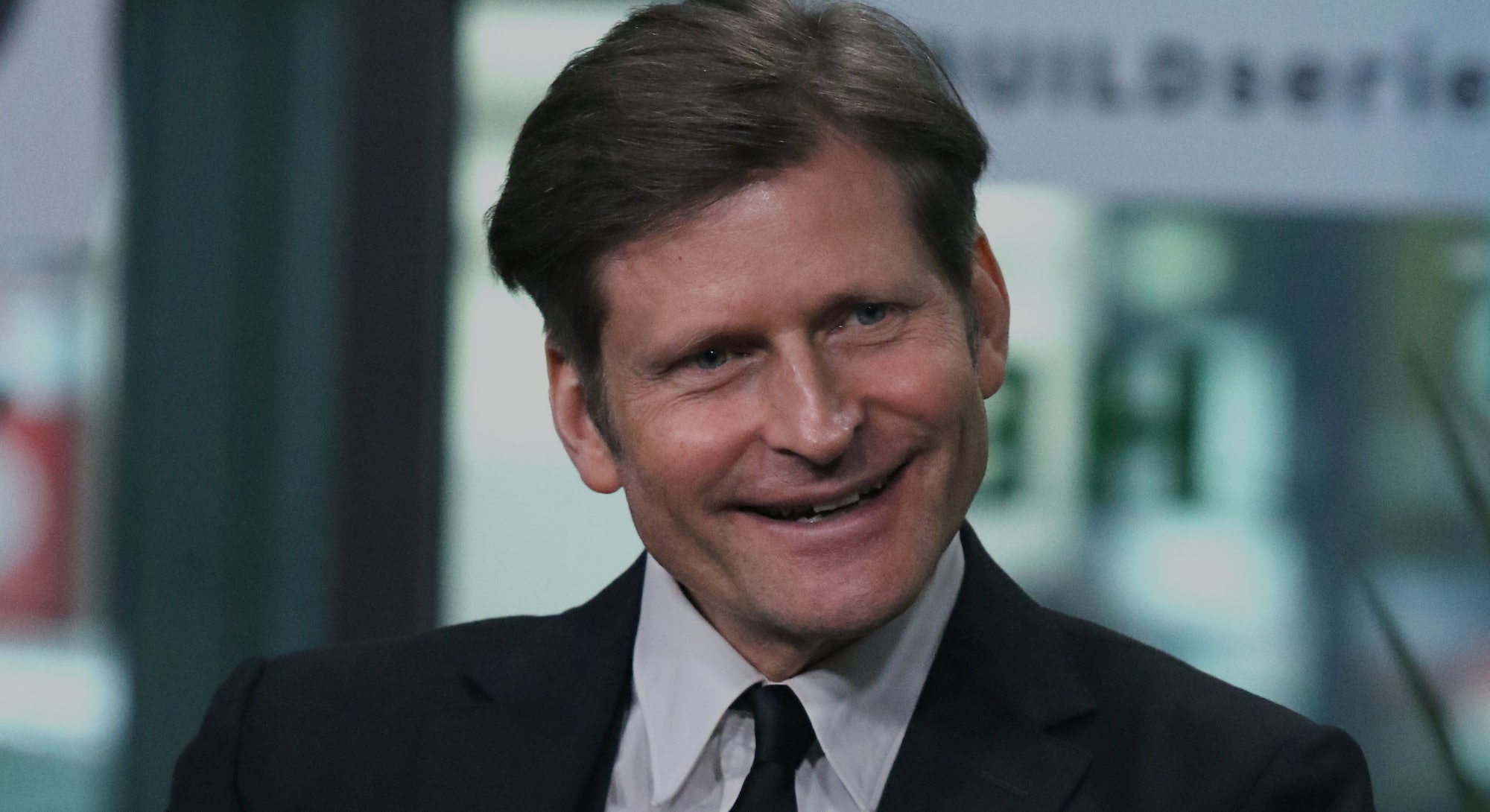 From the late 1990s into the early 2000s, over 150 young men — mostly college students — went missing throughout the east coast and Midwest.

They were found drowned in lakes and the Atlantic Ocean, with spray-painted smiley faces bizarrely found at sites of their deaths. Some wrote it off as conspiracy, but others believed it to be a murder spree.

Now, a new film looks at the murder mystery through the lens of the slasher genre. Smiley Face Killers stars Crispin Glover (Back To The Future) as a bald, college kid-snatching silent villain who leading a spiritual group who wear monk-like hoods and drive around in an unmarked van abducting and killing college kids.

Smiley Face Killers is creepy as hell and Glover is practically unrecognizable in the role with “old-fashioned” prosthetics the actor tells Inverse he specifically requested over more modern options.

“I had a physical hook in my mouth,” Glover says. “There was something under my eye, as well. Part of the reason why they don’t do that stuff anymore in movies is because it is a bit painful. I couldn’t complain because I asked for it myself.”

In an interview, Glover discusses the terrifying new film, silent horror film legend Lon Chaney, and what it’s like running a film studio out of his castle in the Czech Republic.

Bret Easton Ellis is such a good writer. Did you connect with the script, even though you’re a silent villain?

I came through to the project through the director, Tim Hunter. I worked with him on River’s Edge in 1986, we maintained a friendship. I was shooting my own film that I’m at the time, when Tim offered me the part of Smiley Face Killers. I looked at the role quickly, I didn’t read the whole thing, I just looked at the part. My initial reaction was that this wasn’t necessary for an actor to play, it was needed for an interesting-looking human being.

What do you mean?

He told me there would be a need for a prosthetic. There’s a lot of sophisticated prosthetic work being done right now in film, which is excellent. But sometimes, it can look like a mask and I didn’t want it to. I said: ‘If we could do something old-fashioned, like Lon Chaney would, where parts of the face are physically malformed, then that could be interesting.’ Tim liked that, then I met with the makeup artist Vincent J. Guastini, who knew the kind of hooks that Lon Chaney applied himself, as he was a great applier of prosthetics and physical alterations. These techniques aren’t really used these days.

How did it alter your face?

I had a physical hook in my mouth, which was pulled down through a line that went under a piece of latex, that went into a collar we had, and then a belt. It had to be pulled. There was something under my eye, as well. Part of the reason why they don’t do that stuff anymore in movies is because it is a bit painful. I couldn’t complain because I asked for it myself, but after a while, it gets to you. But there’s also a release to the tension because you just do it during the takes, it’s an extra part of concentration that you have to deal with.

Why is society so obsessed with serial killers? It seems like Netflix can't make enough true crime shows.

Yeah, I’m sure there are various incarnations of it, but it’s just the id. People like the id! People have dreams where they do terrible things, things they wouldn’t do in real life. They’re definitely connected to the id, be it murder, sex, food, just people get into basics. It makes sense these basics are pretty popular, thematic aspects that work their way into storytelling.

Do you remember reading about the smiley face murders in the news?

No, I knew nothing about it and didn’t know about it while we were shooting. I was concentrating so much on shooting and getting the prosthetic right, I just trusted Tim. I should know more about it. My mind is in other places, I’m in post-production for another film. But I know it’s based on real incidents.

What I’m in post-production is my own film, which I’ve made with my father Bruce Glover, who has been in films like Diamonds are Forever and Chinatown, but he and I have never acted in a film together. This film was designed so we could act in it together. I shot a production segment every year from 2013 to 2018. Then, in 2019, I started post-production. In March, I finished the third season of American Gods, which comes out in early January.

Neil Gaiman’s book is beautiful, some of the things going on in the U.S. that relate to what the book talks about, which was written in 2001. Some of the things in the news today are connected to the thematic aspects of American Gods. He’s an intelligent writer with great structural abilities in the story. He was dealing with real issues, multiple themes are running through the book, some of which are newsworthy aspects right now.

What was it like working with your dad? Did you shoot at your chateau in the Czech Republic?

Yes. The actors and tech, the crew, were housed in the chateau, and we shot in the former horse stables, which is 18,000 square feet. When I directed my father in the film, that was easy. This was the first time we acted together. You look into someone’s eyes much more deeply when you’re acting. I had him involved in the writing, too. That was a bit more difficult. The writing caused certain amounts of conflict. But it also ended up, I altered it to be a film within a film, something about the making of the film. I’ll talk more about that closer to the release in January or February.

You’ve said it’s difficult to maintain your chateau? Why is that?

I wouldn’t necessarily call it difficult. It's just a lot to deal with. There’s always maintenance on any property that you own. The Czech house was reconstructed in the 1600s, destroyed during the Thirty Years’ War, then was reconstructed. It’s 20 acres, multiple buildings. It's like the Golden Gate Bridge, it won't ever not be in maintenance. I’ve been there 15 years now. There’s pros and cons, it's still less expensive than the US, I would only recommend someone do what I’ve done if they’re doing exactly what I’m doing: I did it to make my own productions there. Just as a place of leisure is not what it is. It’s a business decision. It’s a lot of work but it's worth it, in the long run.

How is Covid-19 changing the movie and TV industry?

I certainly hope it goes away. If it’s reflected by the 1918 pandemic [the Spanish Flu], it took roughly two and a half years. I’m sure it can get back to some kind of normality. If these kinds of procedures have to take place, it will affect productions. There will be different kinds of stories being told that would be more minute in their details, which wouldn’t necessarily be a bad thing, not everything has to be a grand epic.