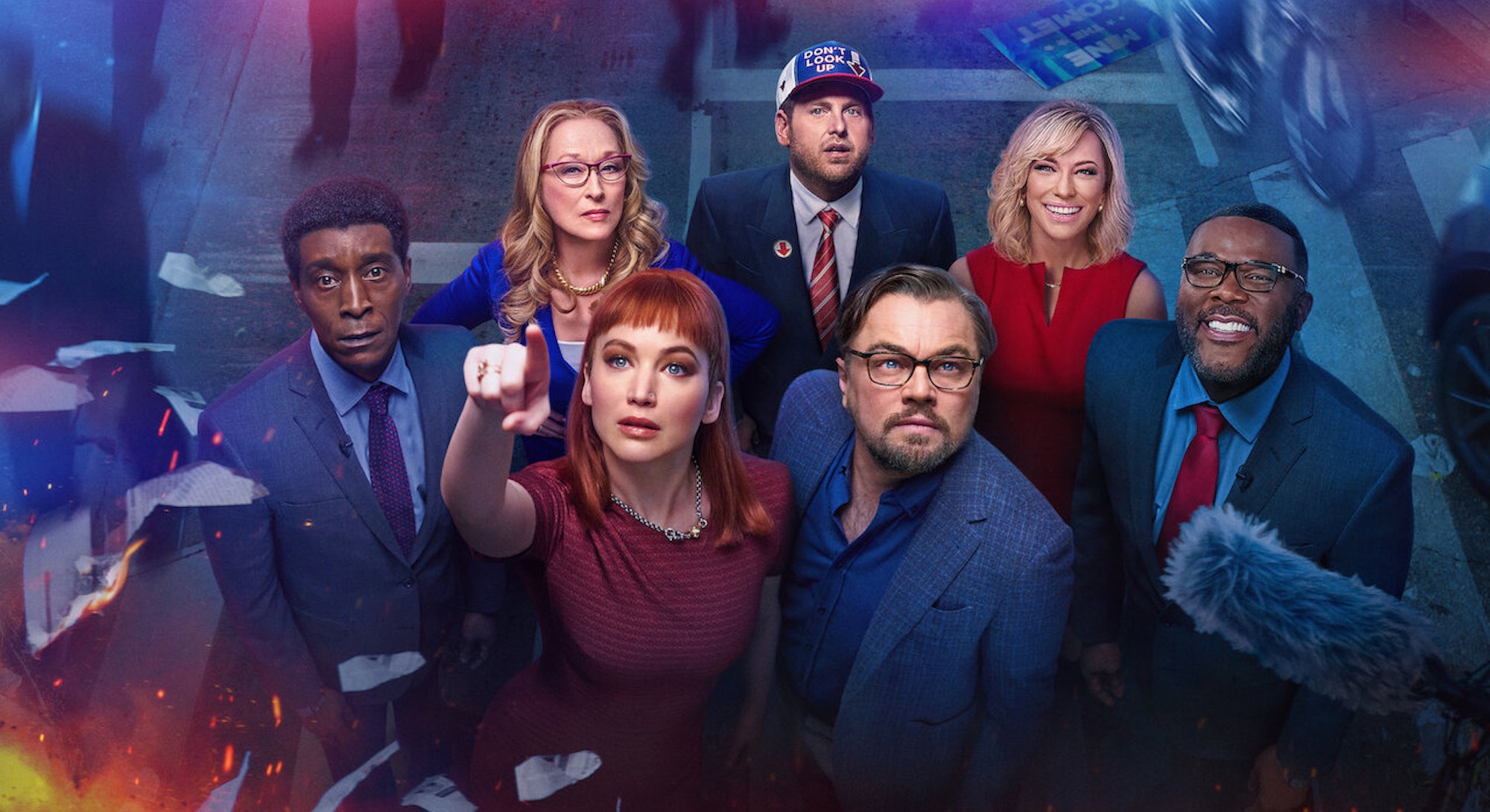 The best moment in Jordan Peele’s brilliant 2017 horror-comedy Get Out comes near the end, when its Black protagonist, Chris, finally seems to escape his evil white girlfriend and her family.

At the moment of his triumph, as Chris kneels over his injured girlfriend, a police car’s siren sounds, and blue and red light washes over them. Chris, his girlfriend, and we the audience believe she has won after all. He puts his hands up, and we hold our breath.

We laugh when we see the driver is Chris’s friend Rod coming to his rescue, but the scene’s genius and power is in the fact that no matter our race or politics, we all can understand the potential danger. We’ve seen it on newscasts and shaky cellphone videos, and of course, many of us endure the prejudice this scene subverts. The movie’s plot features sci-fi brain transplants and other metaphorical instruments of the villains’ racism. But the racism is undeniably real.

Get Out is just one example of how all kinds of genres can confront big, complex issues. Films as varied as Captain America: Winter Soldier, Legally Blonde and The Babadook depict topics plucked from reality – mass surveillance, sexism and sexual harassment, and the horrors of grief – in explicit, literal, and straightforward ways.

Another thorny topic, however, keeps missing the same treatment: climate. Sure, many movies include climate change and other environmental plot points. But they tend to cling to storytelling buffers that keep those issues at arm’s length.

Many take the allegorical route, for instance, as in 2021’s record-breaking, Oscar-nominated Don’t Look Up, the Netflix satire about scientists screaming for their fellow humans to care about the comet-sized metaphor coming to end all earthly life. Others place climate change decades, centuries, or millennia in the past – too long ago to do something about it – like in Blade Runner, Mad Max: Fury Road, and Wall-E. Even Avatar and The Day After Tomorrow, as overtly environmentalist as movies could be, resort to a fake planet’s moon or made-up meteorology to make their points.

These movies are about climate, but they’re not about our climate, the climate we live in and mess with yet still have a chance to protect. Climate change is fueling floods in some places, droughts in others, and wildfires that melt fleeing vehicles, threaten the largest trees on Earth, and darken the sky thousands of miles away. Still, humanity’s decisions today make a difference. Forecasts of climate disaster shrink if our greenhouse gas emissions do the same. Even now, it is not too late.

There’s nothing inherently incorrect or bad about metaphorical and speculative cinema. I like all of these movies. Something nevertheless is lost when blockbusters consistently treat climate as a roundabout abstraction or irreversible doom rather than as something in the present moment. Outside of documentaries that fly through the treetops to Sir David Attenborough’s soothing expositions, Hollywood seems to be dodging the story. Why? Why can’t climate change movies just be about climate change?

There are a few answers – and a few different framings filmmakers could try next.

First, climate change is a complicated and scary phenomenon that’s hard for anyone to wrap their head around. It deals with gradual probabilities and risks, computer modeling, and thermodynamics. There are no multiyear, international scientific reports on the Marvel Cinematic Universe, and you don’t need to read dense scientific papers to grasp a romantic comedy or true crime.

Climate change is a “hyperobject,” to borrow Don’t Look Up director Adam McKay’s preferred term (and the name of his production company). It’s something huge, untouchable and challenging. It has no face or henchmen to beat up before the credits. Metaphors and distance make the topic more manageable for filmmakers and their audiences alike.

Still, it’s hard to accept the conclusion that this means climate “inherently stymies art.” Racism, democracy, and espionage are hyperobjects, too, and there’s plenty of art about them.

The key here is to step back from climate and look at the people in its way. People are experiencing climate change, adapting to it, losing to it, making money off of it, and denying it. Whether people will mitigate climate change or let it carry on, there’s a story to tell. You can’t tell me #ExxonKnew, the Kansas town that was rebuilt with renewable power after a tornado, and the dangers to low-lying nations don’t hold the seeds of compelling cinema.

Hollywood’s hesitance might simply stem from the controversy that still beleaguers climate change in the U.S. Our previous president was fond of calling it a hoax, and Texas conservatives incorrectly blamed renewable energy for the deadly winter storm blackouts a year ago. We need only look at Disney’s lack of openly gay characters (and the many minor roles touted as the first) to know that show business with mass audiences still shies away from politics. Even Andrew Stanton, director of Wall-E, said in 2008 that his film had no “political bent or ecological message to push.”

“Hollywood rising to the occasion matters because stories are powerful.”

Moviegoers seem ready to reward the risk of the climate plunge, however. The Day After Tomorrow raked in half a billion dollars as one of 2004’s best-performing films. A majority of Americans in every generation say climate should be a top priority. Don’t Look Up logged the biggest week of viewings in Netflix’s history and is in the running for Best Picture and Best Original Screenplay, among others, at the Oscars.

In other words, climate cinema can be done. And some movies have already done it. Beasts of the Southern Wild, a fable of a poor Black girl in the Gulf bayous, shows the realities of sea-level rise for her family and neighbors with nuance and the magical twist of a 6-year-old’s imagination. The James Bond film Quantum of Solace, much-maligned but not without its defenders, similarly builds its plot out of the very real issues of drought and access to fresh water. If we can make a movie out of Matt Damon buying a zoo, surely we can make movies out of climate.

Hollywood rising to the occasion matters because stories are powerful. Research by neuroscientists, economists, and other scientists has found that stories are better than straight facts at helping us take in lots of information, make sense of it, then change our attitudes and behaviors accordingly. What if more cinema let our present climate into the picture? In at least some small way, it could very well help us do the same in the real world.