Public Enemy's Chuck D talks Marvel vs. DC and creating his own comic

“Artificial intelligence is not going to get dumber.” 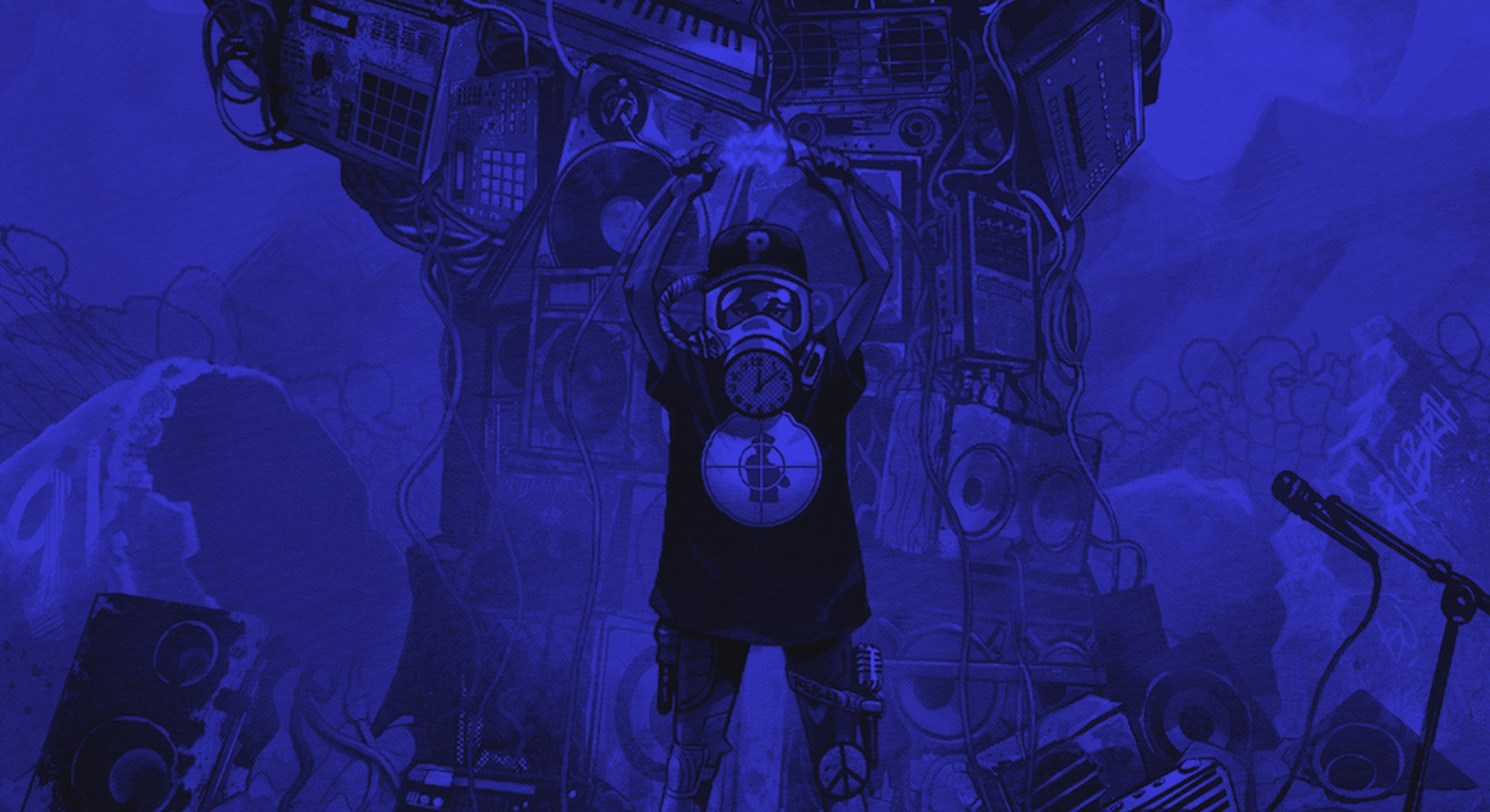 Now, he’s has taken his talent for confrontation into the comic book realm with Apocalypse 91: Revolution Never Sleeps, a graphic novel from Z2 Comics. This project celebrates the 30th anniversary of the platinum-selling album Apocalypse 91: The Enemy Strikes Black, which debuted in 1991 and became one of the most influential rap albums in history.

“Apocalypse 91 album is pretty much the soundtrack to the graphic novel,” Chuck D tells Inverse, “but the music came first, then came the images. They’re reciprocal. It’s interesting to see the graphic novel component to the sound, story, sight, and ideas that were made over 30 years ago.”

Inside, a selection of potent future-set storylines presents a range of revolutionaries throughout the millennia that rise up and fight the power, aided by a synthesis of rhythms and rebels of the past.

We chatted with the Rock and Roll Hall of Fame inductee to learn the genesis of Apocalypse 91: Revolution Never Sleeps, why today’s turbulent headlines make it the ideal time for an adaptation, how writing and drawing comics flow from music, and what fans can expect from this evocative sci-fi fantasy release.

Inverse: How did this timely graphic novel come together and why are comics a powerful medium to spread the word?

CHUCK D: Public Enemy is already cinematic. Apocalypse 91 is just a take on a bunch of cinematic themes, like Apocalypse Now and The Empire Strikes Back. You have to move people with the imagery of words and might even go further you know? Sight, sound, story, and style. One thing led to another and there was an interest from Z2 Comics to actually do it. My businesspeople said fine because I was already in the illustration field and this was the next step to get my stuff out there.

These fantastic pros thought Apocalypse 91 was an appropriate story to latch into a world that was seemingly at the racial edges, especially in 2020. They thought it was appropriate at that particular time to delve into something Public Enemy had already said and see if they could graphically illustrate it.

“When you’re writing a song you’re pulling from the pregnancy of imagination.”

Do you feel that music and comics have a natural chemistry together?

Of course, because when you’re writing a song you’re pulling from the pregnancy of imagination. In music today, people don’t listen with their ears, they listen with their eyes. When I was growing up, the whole key with music is that you had to listen to it. You had very few visual references with music in the ‘60s unless they performed on television and had an album cover in the back that was quite illustrious. Today, people look at things and they listen to multimedia content. Their imaginations are handed to them, where in the past we had to take a sound and then use all of our senses.

The parallel between making a song today, where you make the song, you make the visual, you’ve got a style component, and you have a backline story of who you are, that leads into what rap music epitomized at best to me. And comic books have basically been doing that all along. So I think the Apocalypse 91 album is pretty much the soundtrack to the graphic novel, but the music came first, then came the images. I think they’re reciprocal. It’s interesting to see the graphic novel component to the sound, story, sight, and ideas that were made over 30 years ago.

What were some of the challenges in writing and drawing parts of the book?

I was kinda given a short template and I did some illustrations of us and Anthrax. That album was the first of its kind to bridge those gaps of what was going on with hip-hop and some metal, just with the Bring the Noise collaboration. So when it came down to me delivering artwork I did a piece of us and Anthrax. I was raised on comics in the ‘60s and early ‘70s and then got further into other aspects of the mid-‘70s such as sports, I wanted to be an announcer, and then radio in the late ‘70s. So I had a lifetime foundation of having my imagination rattled by comic book lore.

What was your gateway into comics and science fiction growing up in Queens?

Oh, that’s easy. It was Marvel. But I can’t front DC, I’m a big Superman and DC fan. They had great stories with Batman and Superman. Then it was the offshoot comics, especially Marvel because Marvel was New York City. It was the ‘60s and it was a situation that was coming into its own. The storylines were all New York-centric, except for maybe Sub-Mariner and Captain America. Everybody would stop by New York every once in a while, even the Hulk and Thor. They really kept it familiar to a kid and when these comic book heroes hit television, that was really something. The fact that Spider-Man hit television was big.

You were into the comic because they were on TV, and you’re into TV because they’re in the comics. That hooked me. Back then, you couldn’t tape it so you had to wait for it. It was almost like going to a sports event, watching a TV show back in the day. But one thing that you could control was taking 12 cents up to the store and getting your comic book at your speed, your time, no rushing. The TV show was like an appetizer for the comic.

How would you grade Marvel and DC for black representation in comics?

My family has been part of the New York City experience for a couple hundred years. When you go historical you read about so much black people’s involvement in the city. This comic book company rooted in New York City took note of knowing that it had to acknowledge that part of the population. Black Panther (T’Challa) was a person that got my interest. Did I put him above all the other superheroes? Not really, but he was in the mix. DC in the late ‘60s was still a little bit in fantasyland, dealing with the cornfields of the Metropolis outskirts. When they finally got around to it at the turn of the ‘70s then I was like, okay I’m interested.

I created my own figures with a bit more imagination put to the Public Enemy characters. I didn’t invent them, I just brought it out with imagery. Flavor Flav, Professor Griff, the S1Ws, Terminator X, and myself. It was all comic book imagery.

“DC in the late ‘60s was still a little bit in fantasyland.”

What do you hope readers take from Apocalypse 91: Revolution Never Sleeps?

That sight is a component that can actually form your imagination. I’m a big fan of the idea that if we don’t use it, you lose it. We’re in a time where artificial intelligence is not going to get dumber. So we need to exercise these attributes we have as human beings and try to go higher from there. I really want to thank Z2 Comics for introducing me into this sphere.