“I’m just a simple man trying to make my way in the universe.” 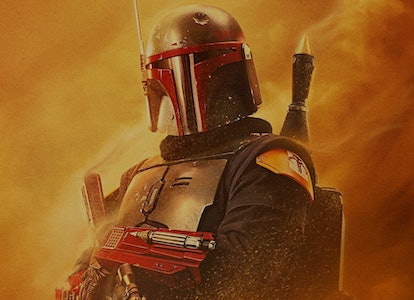 Star Wars has always been the story of the Skywalker family line, but on Disney+, that story is finally breaking free to explore the more interesting nooks and crannies of this galaxy far away. The Mandalorian revealed the truth behind the good-vs-evil binary of the mainline movies, and now, The Book of Boba Fett is using that space to turn the most misused trope in Star Wars on its head.

At its heart, Star Wars has always been a Chosen One story, but George Lucas failed to grasp what makes a Chosen One actually interesting. Boba Fett could be the answer to that problem.

Star Wars and the Chosen One

The best Chosen One stories always find a way to turn the trope on its head. In The Matrix, Neo is the Chosen One — or is he? Later entries in the franchise suggest the Chosen One may not exist at all. Harry Potter is a classic Chosen One — until it turns out the story’s hero could have just as easily been the consistently overlooked Neville Longbottom. Both of those stories subvert this classic trope to tell a richer story overall.

But in Star Wars, the Chosen One is pretty much always who you think it is (unless you somehow watched the prequels without knowing Anakin Skywalker would eventually become Darth Vader). Even after Rian Johnson tried to mix things up in The Last Jedi, Lucasfilm found a way to tell the same boring hero’s journey again in The Rise of Skywalker.

Is Boba Fett the actual Chosen One?

When Boba Fett first appeared onscreen, no one would have guessed that the faceless, ruthless bounty hunter would experience a hero’s journey. But that’s exactly what’s happening in long-time Fett actor Temuera Morrison’s spinoff Disney+ show.

Through his experiences with the Tusken Raiders, Boba is embarking on a hero’s journey of his own. After escaping the Sarlacc’s stomach, his armor and weapons are gone. Living with the Tusken Raiders, he’s earned their respect and been welcomed into the tribe. He even got his own vision quest (courtesy of a psychedelic lizard) and crafted his own Gaffi Stick weapon. Fett hasn’t achieved Chosen One status quite yet, but he’s getting closer.

The one sci-fi story Book of Boba Fett mirrors most closely right now is probably Dune, another Chosen One diatribe that subverted the trope by turning its hero into a political pawn. Like Dune’s Paul Atreides, Boba Fett joins a desert-dwelling tribe and learns their ways. In the Episode 2 flashback, Boba even led them in a (small) attack against machine-wielding offworlders.

In the show’s present, Fett is more focused on running his new crime empire than his old Tusken friends, but it seems likely these two plotlines will eventually intersect. With the return of the Hutts, Boba may soon need more allies to maintain his grip on Tatooine. Will he rally an army of Tusken Raiders behind him like Paul Atreides did with the Fremen?

And if Boba Fett really is the Chosen One of Star Wars, what does that say about the Skywalker clan? Can there be multiple Chosen Ones in this galaxy? Or has Boba been the true hero of this saga all along? As the Mando-verse continues to expand (and the mainline movies sputter to a halt), we could be seeing a lot more of Fett in the future — and a lot less of the Skywalkers.

The Book of Boba Fett is streaming now on Disney+