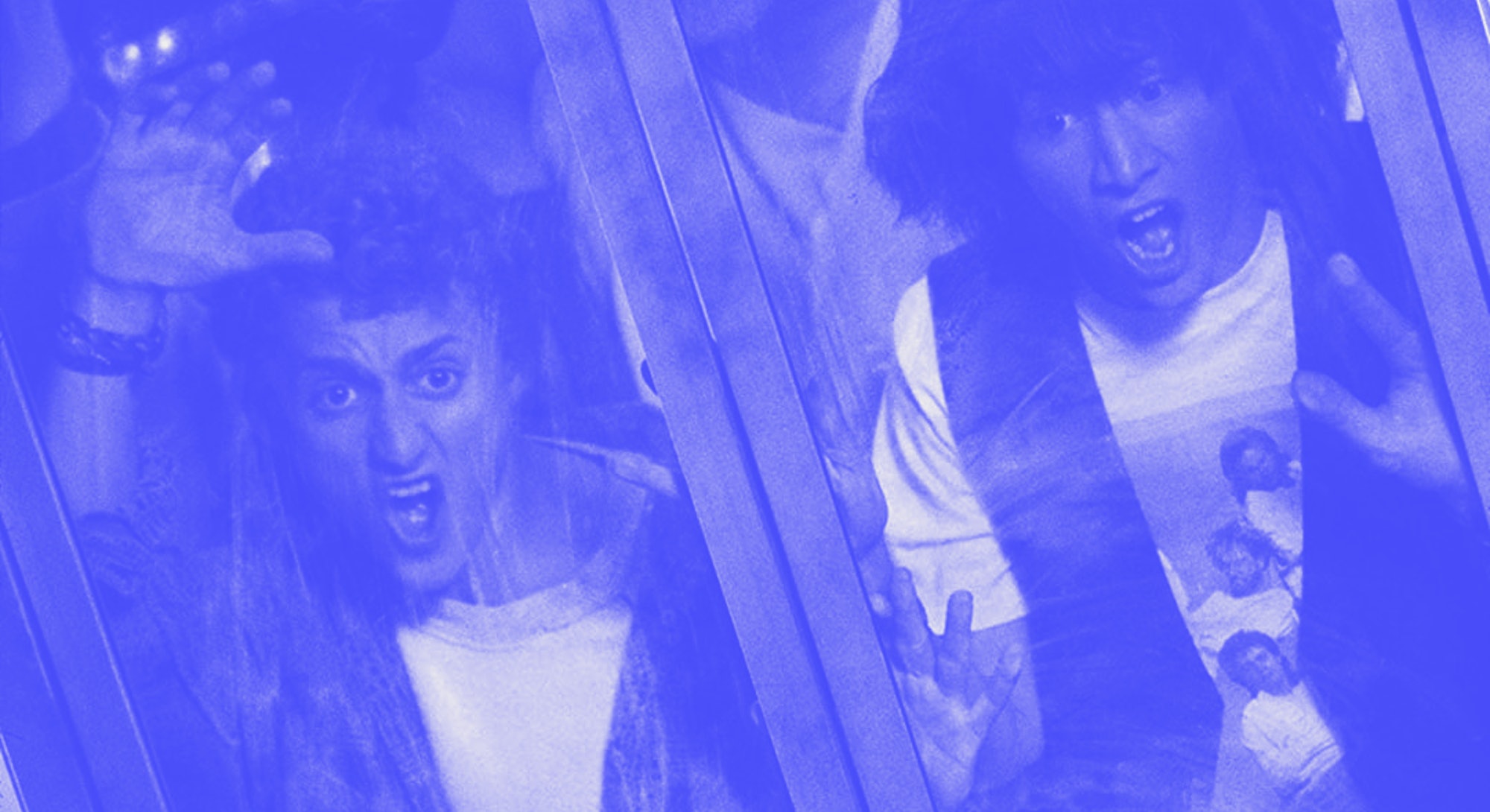 On the face of it, Bill & Ted’s Excellent Adventure is a dumb movie but purposefully so.

The movie’s selling point is that the very future of human civilization rests on the unthinking shoulders of two teenage idiots from Southern California. It’s not that they’re jerks — if anything, both Bill S. Preston, Esq. (Alex Winter) and Ted “Theodore” Logan (Keanu Reeves) are almost impossibly well-intentioned — but rather, just that the two of them are… well, as dumb as rocks, even when gifted the opportunity to travel through time and learn from history’s greatest minds.

That’s all a feint, however. While it’s true that there is more than a small amount of stupid to be found in the 1989 comedy classic, the fact of the matter is that Excellent Adventure is, ultimately, one of the smartest time travel movies ever made.

For those unfamiliar with the movie, the story is deceptively simple: Bill and Ted are about to flunk their high school history class. If that happens, Ted’s father has threatened to send him to military school to straighten him out, separating the two best friends and, as it’s revealed, preventing a future utopia for humanity from coming into existence.

An agent from that utopia, Rufus (the wonderful George Carlin), is sent back in time to ensure the two pass the class. Rufus allows them to use his time machine to bring famous historical figures to the present day. After some hijinks and shenanigans, Bill and Ted do so, passing the test and finding true love with a couple of 15th-century babes in the process.

Sounds pretty straightforward, right? On that level, it is, but what makes Bill & Ted’s Excellent Adventure so notable in the history of time travel stories is its approach to the entire idea of time travel and what that means in a bigger sense. Unlike almost every other time travel story, Excellent Adventure quietly suggests that everything we do has already been predetermined, that free will is just an illusion, and that we should stop worrying about it all and just party on, regardless.

It’s not that Bill and Ted kidnap major historical figures and bring them to the present day without utterly obliterating history. Beethoven discovering synthesizers in a shopping mall and writing his own music years ahead of time is just one of the events that would have been something to avoid instead of celebrate. Because, as Avengers: Endgame taught us, that kind of thing can just create alternate timelines if they need to be explained away. But those aren’t the time travel rules of Excellent Adventure, as one of the film’s climactic sequences makes clear.

As part of the previously mentioned hijinks and shenanigans, the various historical figures set loose in the San Dimas mall get arrested and placed in the cells of the local police station, where Ted’s hardass father (Hal Landon Jr.) is the police captain. Bill and Ted need to rescue them, but they need to do so in a hurry because their class presentation is about to begin — and so, they come up with a plan involving time travel, of course.

“The movie argues for a world in which time is a fixed, unchanging thing.”

Like the film itself, their plan is incredibly straightforward and deceptively intricate at once. Aware of how little time they think they have, the two make a list of things they will do in the future using their time machine to travel to their recent past. It creates a present filled with circumstances that allow them to break everyone free from jail.

It’s a plan that establishes that going back in time doesn’t create a different timeline, because then the objects Bill and Ted have planned to plant for themselves wouldn’t be there (They’d be in a parallel timeline). That all means bringing Billy the Kid, Socrates, et al. to their future and then returning them back to the past didn’t change history because all of this time travel had already happened and was always meant to happen.

All of this is laid out early on in the film, where Bill and Ted are convinced to travel through time in the first place by their future selves. There’s even a point where the future versions of themselves remember to remind the past version of Ted to wind his watch… which we as an audience have already seen earlier in the movie from the perspective of their younger selves.

By creating these smart, funny, self-referential time loops, the movie argues for a world in which time is a fixed, unchanging thing to ensure that everything happens as it’s supposed to. (2020’s Bill & Ted Face The Music throws several enjoyable wrenches in this line of thinking, but that’s another story.)

But wait, you ask: isn’t the entire premise of Bill & Ted’s Excellent Adventure that the characters go through time to not flunk history, thereby avoiding separation and no longer creating the utopian future where Rufus comes from? Well, yes. But the thing is everything Rufus, Bill, and Ted do in the movie – everything everyone does in the movie – just guarantees that the timeline stays exactly the same as it was supposed to be. The timeline, once again, does not change.

Bill & Ted’s Excellent Adventure is a movie that plays dumb but has smart – and, honestly, unusually pessimistic – things to say about time travel and what it could mean in practical terms if it were to exist. It’s simultaneously a riotous comedy that never loses sight of the jokes and an unexpectedly thought-provoking example of history being immutable. Not bad for two guys from Southern California.

Bill & Ted’s Excellent Adventure is streaming for free on The Roku Channel.