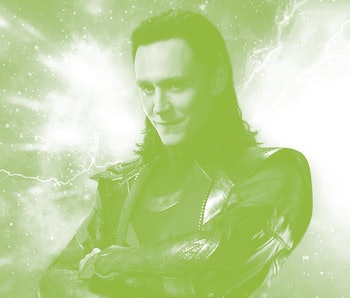 Loki seems to have nine lives. No other character in the Marvel Cinematic Universe has died and come back so many times. Unfortunately, Loki’s death at the hands of Thanos in Avengers: Infinity War seemed rather permanent. Endgame managed to figure out a fun way for Loki to live on, with the help of time travel and the Tesseract. However, there’s a chance the trickster god lived on after his “death,” and an Infinity War Easter egg may reveal how Loki helped defeat Thanos.

Infinity War saw Thor, Groot, and Rocket venturing to Nidavellir to find Eitri, the Dwarf King and ally to Asgard. Eitri was a master blacksmith, forced to craft the Infinity Gauntlet for Thanos, though the Mad Titan ended up slaughtering Eitri’s people anyway. It’s on Nidavellir that Thor forges Stormbreaker, believed to be the most powerful weapon in the universe. For that to happen, however, Thor had to harness the power of a dying sun to get the forge to work.

A fascinating theory ties this sequence of events to Loki’s role in defeating Thanos. Reddit user billiamwork suggests Loki was masquerading as Eitri the entire time. The theorist believes that there’s no way that Eitri, a master of the forge, would forget something so important as Stormbreaker’s handle. What’s more, Nidavellir was thought to be a well-kept secret, its existence known only to Asgardians, so Loki would have been aware of it. Crucially, Loki’s final words to Thor were: "I assure you, brother, the sun will shine on us again.”

It's a poetic sentiment, but it may also be a direct link to Thor harnessing the power of a dying sun to make Stormbreaker. Either way, Loki’s message sounded like a promise that they would see each other again.

Of course, Loki would’ve had to know Thor would go to Nidavellir, but by the time Thor makes it there, Loki has already died. Assuming this theory is on to something, it’s possible that the Loki pretending to be Eitri is the time-travelling, dimension-hopping version of the character who escaped in Endgame and shows up in his self-titled Disney+ series.

Perhaps he deduced that Thor would need Stormbreaker to fight Thanos and showed up just in time to assist his brother. After all, it’s possible Eitri may have actually died alongside his people and, knowing that if no one greeted Thor on Nidavellir, the God of Thunder would have walked away without the weapon. The lack of additional support could have potentially altered the final battle with Thanos.

Time travel or not, Loki has always been a self-serving character. His motives for possibly turning up on Nidavellir are complicated. If we’re to assume this version is from the Loki series, it’s possible his misadventures in the multiverse altered his selfish ways. Whatever the case may be, the idea of Loki actually helping Thor for once is a nice one.

Avengers: Infinity War is currently available to stream on Disney+.