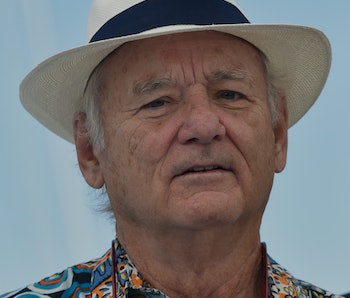 Bill Murray has arrived in the MCU. Ant-Man and the Wasp: Quantumania is set to kick off Marvel's Phase 5 — and they brought in one of the biggest names in Hollywood to help them do it.

At San Diego Comic-Con 2022, Ant-Man director Peyton Reed and the cast (Kathryn Newton, Evangeline Lilly, Paul Rudd, and Jonathan Majors) came on stage to promote the new film. They also showed some exclusive footage from Ant-Man and the Wasp: Quantumania, which featured Bill Murray in the Quantum Realm. After the footage was finished, Peyton added that if you look hard enough, you may also see MODOK.

Majors was on set to step into the role of Kang the Conqueror officially.

“He Who Remains” is a “different variant” from Kang, Majors explained. The biggest difference? “There will be conquering.”

Kevin Feige also chimed in to back up this news. “Confirmed,” he said decisively.

When is the Ant-Man 3 release date?

Good question! We don’t know much, and the Comic-Con footage didn’t help. We say Scott Lang reading from his own memoir in a bookstore while Cassie (Newton) is trying to step up and “do something that matters.” Kang narrates that “it’s not a straight line,” likely referencing the multiverse, before telling Ant-Man that he knows how he dies.

Artist Andy Park also revealed this official poster for the movie, which shows Cassie in her new super-suit for the first time, along with a fresh look at Kang the Conqueror.