“I definitely don’t like the way they’re handling things at all.” 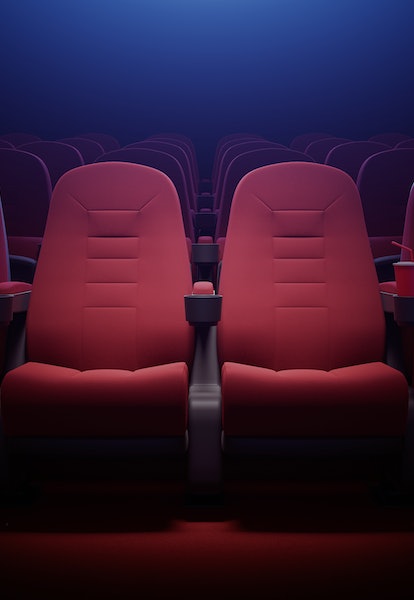 Movies slated to premiere at this year’s South by Southwest festival, canceled because of the unprecedented Covid-19 pandemic, are choosing to pass on what might seem like an enticing offer from one of the world’s biggest entertainment platforms: Amazon Prime.

Amazon’s initiative to stream SXSW movies for free, even to those without a Prime subscription, has been declined by films including You Cannot Kill David Arquette, Clerk, and others that wished to remain anonymous. At least seven films Inverse reached out to said they had declined Amazon's offer for a variety of reasons, no one we asked is participating in the virtual festival.

The reason why is a new spin on an old story. Unwilling to risk a sale to distributors in the name of, quite literally, free exposure (SXSW will pay the filmmakers an undisclosed amount as a “screening fee”), filmmakers and producers are passing on Amazon’s offer to stream SXSW movies in lieu of a festival premiere. Instead, independent movie-makers are holding out for distributors, even during an overall freeze to the film industry.

An anonymous producer whose film was set to premiere at SXSW explained to Inverse why the new strategy is so unappealing to filmmakers and distributors alike.

“I definitely don’t like the way they’re handling things at all,” they said. “There’s a huge difference between having a thousand people see your film and sell it based on buzz, and have 300 million people see your movie unlimited times for ten days. If you were a distributor, would you buy and market a movie shown to everyone who has an Amazon account which is basically all of America? I wouldn’t.”

How the indie movie industry worked for years before the pandemic — A film is produced and released at festivals where filmmakers and producers hope their movie catches buzz and the attention of studios and distributors. The buzziest movies negotiate deals with distributors in which the terms of a movie’s ownership and release are hammered out. This is where a movie’s fate is decided, whether that means a theatrical release, VOD, or streaming.

One representative for a movie set to premiere at SXSW tells Inverse that participation in Amazon’s offer would mess with a sale.

“Screening for free online can be looked at problematically.”

“For films playing the festival that are looking for distribution/sales, screening for free online can be looked at problematically,” they said in an email to Inverse. “Distributors traditionally require exclusive distribution rights, and playing any online platform publicly could infringe upon this.”

Another representative for a different film called the streaming initiative “the Amazon festival” and confirmed there were “no plans” for their movie to play in it.

“We’re not doing the Amazon option,” a third rep told Inverse. A fourth directed Inverse to this article from Variety.

Because Amazon is only streaming the movies for a brief period and not owning any of them nor acquiring the distribution rights, the deal isn’t so sweet for artists hoping to find a permanent home for their work.

“If they were committed to buying the movies at a reasonable rate, that would be an incredible collaboration,” our source added. “That would be newsworthy. They would be heroes of the industry.”

Amazon’s initiative is scheduled to take place later this month at a date yet to be revealed.

“It’s about exclusivity,” says Comscore Senior Media Analyst Paul Dergarabedian. “If a movie has been out there on a platform, free to everybody, it diminishes the value and the exclusivity of it.” Dergarabedian adds that “content is currency.”

Dergarabedian emphasizes the importance of the festival scene to today’s cinema landscape. “Everyone’s dream is that your film gets so much buzz, and the films that rise to the top may get studio attention. Because somebody tells somebody at Fox Searchlight, A24, or NEON.” Streaming on a major platform like Prime prior to that happening, he says, is the easiest way to kill buzz.

Why Festivals Matter More Than You Think — Even if you’re not subscribed to the trade magazines, festivals are still how noteworthy movies end up in your Netflix queue. Millennial touchstones like The Blair Witch Project (1999), Napoleon Dynamite (2004), Super Size Me (2004), Saw (2004), Little Miss Sunshine (2006), and (500) Days of Summer (2009) are examples of films that caught buzz at festivals and went on to achieve mainstream success after distribution. More recent hits like The Babadook (2014) and this year’s Oscar-winner Parasite (which nabbed a North American release with NEON based on its script alone) also emerged from the festivals.

When reached for comment, an Amazon spokesperson told Inverse it plans to announce the lineup of SXSW titles streaming on Prime in the near future.

“We’ve not yet announced the lineup of titles for the SXSW collection, but hope to do so in the coming weeks,” Alice Zou, lead of publicity for movies at Amazon Studios told Inverse.

In a story by The Hollywood Reporter, anonymous filmmakers told the magazine that Amazon and SXSW’s plan comes from a good place but “might hurt the filmmakers in the end.” THR also reviewed the terms of Amazon’s agreement sent to filmmakers, where it was made clear that Amazon is in no way acquiring the movies. It was not revealed what amount the screening fees filmmakers will receive will be, but one of our sources called the offer “laughable.”

While Dergarabedian imagines a scenario in which having a movie on a major platform like Amazon Prime without a paywall can be attractive, especially to young or lesser-known filmmakers, it’s still a “tightrope” to walk. “The currency of exposure being on a major platform is worth as much as dollars and cents,” he says, “That’s the tightrope you have to walk as a filmmaker or producer. Is this your first film or your tenth film? Filmmakers have to decide if it’s worth going this route or wait and build more value in their movie over time.”

There is also one other thing the Amazon/SXSW partnership lacks that filmmakers who make it to SXSW want so desperately to have: The theatrical experience.

“Most filmmakers I know want their film on a screen,” Dergarabedian says.

As of now, quarantine rules have forced non-essential businesses and large gatherings. Such as movie theaters, to shut down operations. The continued spread of the virus makes it unclear when such businesses will resume. For now, without festivals like SXSW, indie filmmakers are left without many options to have their film released in a way that is emotionally — and financially — satisfactory.

Though Amazon has thrown a raft for a sea of lost artists, it’s still risky waters they’re wading through. And filmmakers are forced to make decisions without a clear forecast as to how much more they can weather the storm.

“Of course, we all gave it a moment of pause,” the anonymous producer told us. “We might never have a chance for 300 million people to see the movie. But probably every distributor will pass on us if we say we have premiered to everyone with an Amazon account. For all intents and purposes, that’s the entire country.”