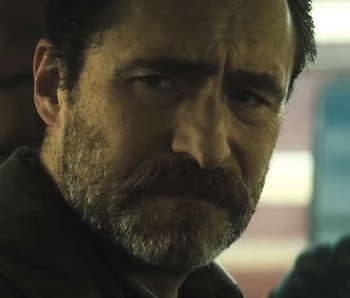 This article about the film The Grudge was originally published on October 28, 2019 and updated on June 7, 2021 following the movie's release. Read on for the original article, with some new changes to reflect the latest updates on this topic.

2020 saw the return of the long-dormant Grudge franchise, just over ten years since its last installment (The Grudge 3). The original 2004 installment is one of the hallmarks of the J-horror remake craze, alongside The Ring, and spawned two sequels. However, each brought with it diminishing returns (the third went directly to DVD, skipping a theatrical release altogether). But on January 3rd, 2020, the franchise returned to screens with a fresh new creative team and a fresh take on the story.

Here’s everything you need to know about the revamp of The Grudge, from its release date to how it connects the rest of the franchise to horror maestro Sam Raimi’s involvement.

When did The Grudge (2020) release in theaters?

While plans for a direct sequel to the original trilogy circulated for some time after the third film's release, this installment is confirmed as a reboot of the franchise. We won’t be seeing the return of any former players, with the movie focusing on a new cast and taking place exclusively in America instead.

The biggest name attached to the reboot is horror legend Sam Raimi. While his best-known credits include the original three Spider-Man films, he’s also a landmark director in the genre, having made the Evil Dead trilogy and a handful of other genre classics. Raimi is on board here as a producer, with director Nicolas Pesce behind the camera.

Pesce has two horror films to his credit, one of which is the exceptional black-and-white outing The Eyes of My Mother. He also manned 2018’s slick psychological horror film Piercing. The Grudge looks to be a step up in scale and budget for him, but his horror bonafides speak for themselves. In other words, the series is in good hands.

The cast for this one is also exceptional, with Mandy’s Andrea Riseborough stepping into the lead role (a new character, not the one originally performed by Sarah Michelle Gellar in the original). She’s be joined by John Cho of Star Trek and 2018’s exceptional Searching. GLOW’s Betty Gilpin and Insidious’s Lin Shaye also appear in the film, with Jacki Weaver anchoring the cast.

The film takes a very similar approach to the original, at least in terms of the haunting mechanics. This time around, our main character will be Riseborough’s Detective Muldoon, who seems to encounter the titular ghostly curse when she enters a house in which a gruesome murder took place. The action focuses around a central haunted house, taking place across three different timelines.

Part of the genius of the original Japanese film Ju-on (a trait carried over in the American remake* is the simplicity of the way the curse functions: if you enter the house, you die. That remains intact for the latest installment in the franchise, as it should, considering how crucial it is to the series’ appeal and the lore that holds it together.

The Grudge grossed $21.2 million in the United States and Canada, and $28.3 million in other territories, for a worldwide total of $49.5 million.

The Grudge has a 21% rating on Rotten Tomatoes, a score of 41 on Metacritic, and a rare F on CinemaScore. The movie was universally panned, with critics disliking the lack of scares and plodding script.

The Grudge arrived in theaters on January 3, 2020.