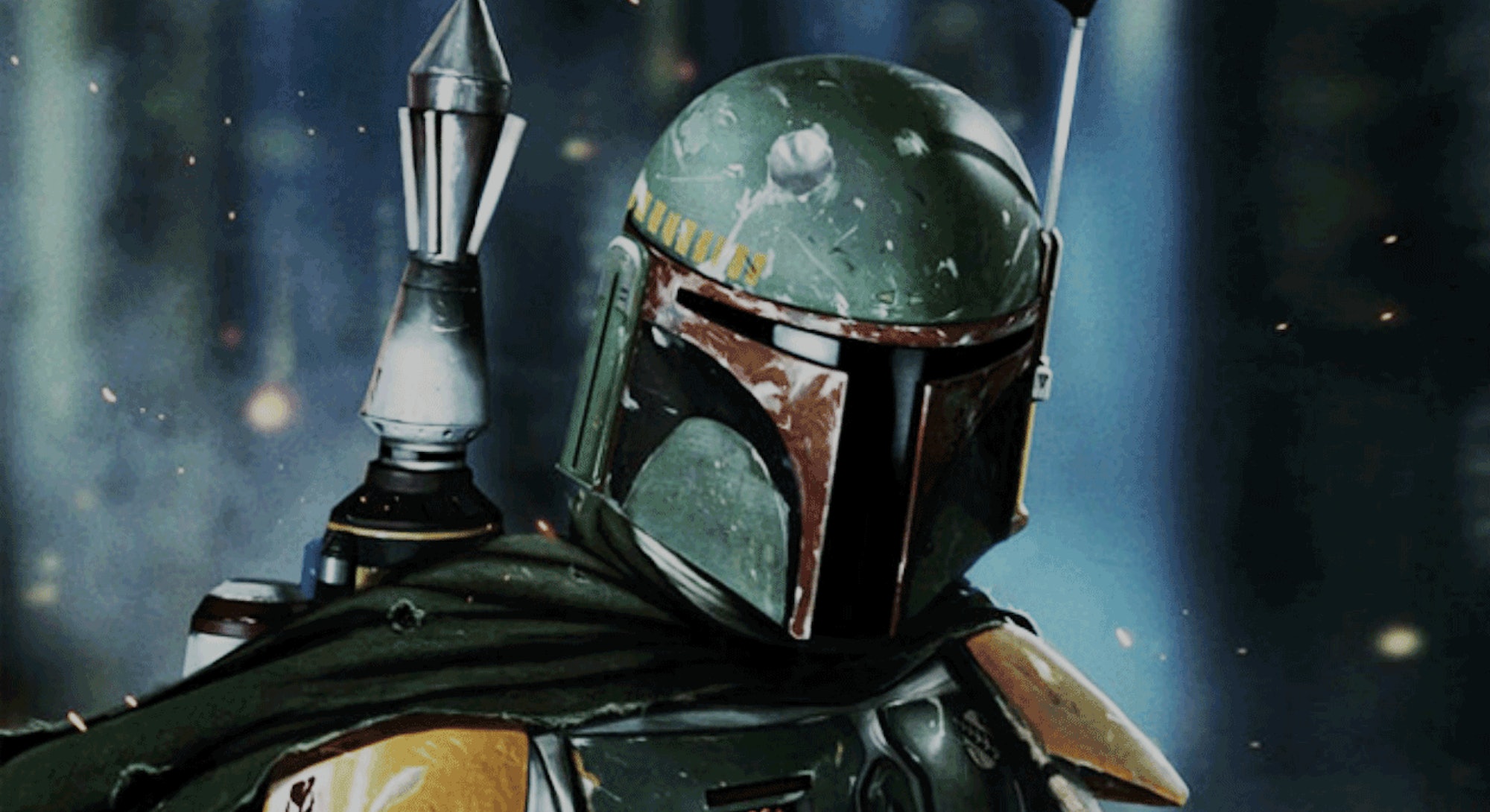 While the Star Wars: The Rise of Skywalker trailer was thin on major plot revelations, it did tease a major confrontation between Kylo Ren, Rey, and Emperor Palpatine.

Fans are worried about the fate of Kylo: Will the Dark side consume him, or will he find his way to the Light and join Resistance in its fight against Palpatine?

Warning! Major spoilers ahead for Star Wars: The Rise of Skywalker.

Two leaks from Making Star Wars and Star Wars Leaks subreddit moderator JediPaxis hint that Kylo may meet an inglorious end in Rise of Skywalker in the most Star Wars of ways: It looks like Kylo may fall into a deep hole.

Tom Taylor’s comic book Star Wars: Age of Resistance – Supreme Leader Snoke #1 flashes back to a time during Kylo’s training when Snoke holds him over a cliff, then tosses him over. Kylo manages to save himself with his Force powers, and he might do the same in Rise of Skywalker.

Whether Kylo lives or dies, it seems he’s about to join an elite group of Star Wars characters who have been thrown into pits. If there’s a big ole hole in a Star Wars movie, someone’s going into it. If Kylo actually does take a tumble in Episode IX, it would mark the tenth (!!!) time a character has fallen down a pit over nine movies. So, where would Kylo’s potential fall rank among the other Star Wars pit-falling?

Here nine of the all-time best pits — for our purposes, loosely defined as a big, threatening hole of deadly menace — that have been featured throughout the Star Wars saga.

#1 may not surprise you, but you might have forgotten about the rest of these pitfalls.

9. Han Solo takes a dunk at Starkiller Base

Kylo Ren has already done his own share of tossing in the Star Wars sequels. (Nudge nudge, U.K. readers!) While inside the Starkiller Base in The Force Awakens, Han Solo pleads with his wayward son to abandon his evil ways.

Kylo says that he knows what he has to do, and for a moment it seems like he just might turn to the Light… before plunging his lightsaber into his dad’s chest.

Han falls into the seemingly endless pit, heartbreak visible in his eyes, while Rey, Finn, and Chewie look on in horror.

It’s certainly one of the most memorable and impactful pits in the series, but we can’t say we like it very much.

8. Rey dives into the Dark side

Rey went through a lot of turmoil during The Last Jedi, learning about her “nobody” parents, learning more about Kylo Ren, and dealing with her grumpy, broken Jedi mentor Luke Skywalker.

But perhaps her most harrowing moment came on Ahch-To, when she falls down a hole and into an underwater cave. There, she’s clearly hoping to find answers about her parents, her past, but all she sees is her own face, reflected into infinity.

This is one of the few times we get to watch a character crawl out from a pit, so that’s always a bonus.

Return of the Jedi features not one, not two, but three amazing pits.

While they’re all pretty magnificent, the least impressive one is the first we encounter in Episode IV, when Luke’s fed to the Rancor to amuse Jabba the Hutt — and show off his newly acquired bad-ass Jedi skillz.

Slightly wonky special effects in the original release made this scene a bit of a cringey clunker for those of us who grew up in the dark ages of VHS, but the Rancor’s bosomy buddy — apparently he’s called Malakili — really steals this whole sequence.

Say what you will about The Phantom Menace, but it boasts the epic lightsaber duel between Darth Maul, Obi-Wan Kenobi and Qui-Gon Jinn.

Darth Maul loses and falls into a deep hole, but it’s probably best known for the musical score by John Williams.

(We thought this was the end of Maul, but Solo proved us wrong. )

It’s arguably the most memorable showdown in all the prequels. Obi-Wan and Anakin, once master and apprentice, now mortal foes, duke it out over a sea of lava in Mustafar.

Obi-Wan secures the high ground, but Anakin has a go at him anyway, and loses his legs in the process.

What’s left of him slips too close to the lava lake, causing his clothing and skin to catch fire has he hisses hateful words at a tearful Obi-Wan as he departs.

4. The gang gets trashed

Falling into a pit in Star Wars isn’t always accidental. After rescuing Princess Leia from her cell, Han, Luke and Chewie are quickly ambushed by a gaggle of stormtroopers.

Han shoots a grate in the floor and everyone hops down, despite Chewie’s protests. Turns out, it’s the Death Star’s trash compactor, and there’s a big tentacle monster with a taste for Skywalkers swimming beneath the sludge. It’s a tense, funny and memorable sequence that makes you immediately believe these four are fast friends. (Force Awakens could have learned a lot from this scene.)

3. A father-son day out in Bespin

The fight between Luke and Darth Vader in The Empire Strikes Back is one of the best sword duels put to film, and even decades later, the dramatic lighting and production design here still stuns.

The action gets more frenetic as it moves outside; Vader isn’t playing nice anymore and he starts using his size and power to gain the advantage.

That didn’t do Luke any favors: he promptly got his hand chopped off and was forced to a windy precipice clutching his stump as Vader urged his son to join him to “rule the galaxy as father and son.”

You remember what happened next. Luke may not be a Jedi yet, but dropping to his doom as he scowled at Vader was 100 percent badass.

The most famous character to fall into a pit is, of course, Emperor Palpatine himself in Return of the Jedi.

See? Even evil masterminds aren’t immune to plummeting to their doom in Star Wars. Everyone knows the story: Palpatine tortures Luke with Force lightning while Darth Vader watches. Luke calls out to dear old dad for help and Vader snaps, picks up Palps and unceremoniously tosses him into the pit, shorting out the suit keeping him alive and forcing the old coot to electrocute himself as he falls.

Fans assumed he was dead because the Death Star explosion happened immediately after, but it’s looking increasingly likely we were all wrong about that.

You knew this one was coming.

1. A victim of the almighty Sarlaac

Jabba is (understandably) pretty cheesed off at Luke after the newly minted Jedi kills his pet Rancor, so he decides to take our fave Rebels out to the desert and toss them into the Sarlaac pit, a gross space anus in the desert that slowly digests its victims over the course of 1,000 years.

Luke doesn’t end up in there, though Han gets uncomfortably close.

Ultimately, it’s Boba Fett who meets his inglorious end as the sandy poopchute’s dinner in Return of the Jedi.

With so many pits having appeared across the Star Wars franchise, the likelihood that Kylo will fall into one is very high. And if we get to see him use the Force to pull himself back up, then The Rise of Skywalker will have another epic pit scene to add to the batch. Will Palps will find himself hurled down another hole? Whatever happens, we’re ready to find out.