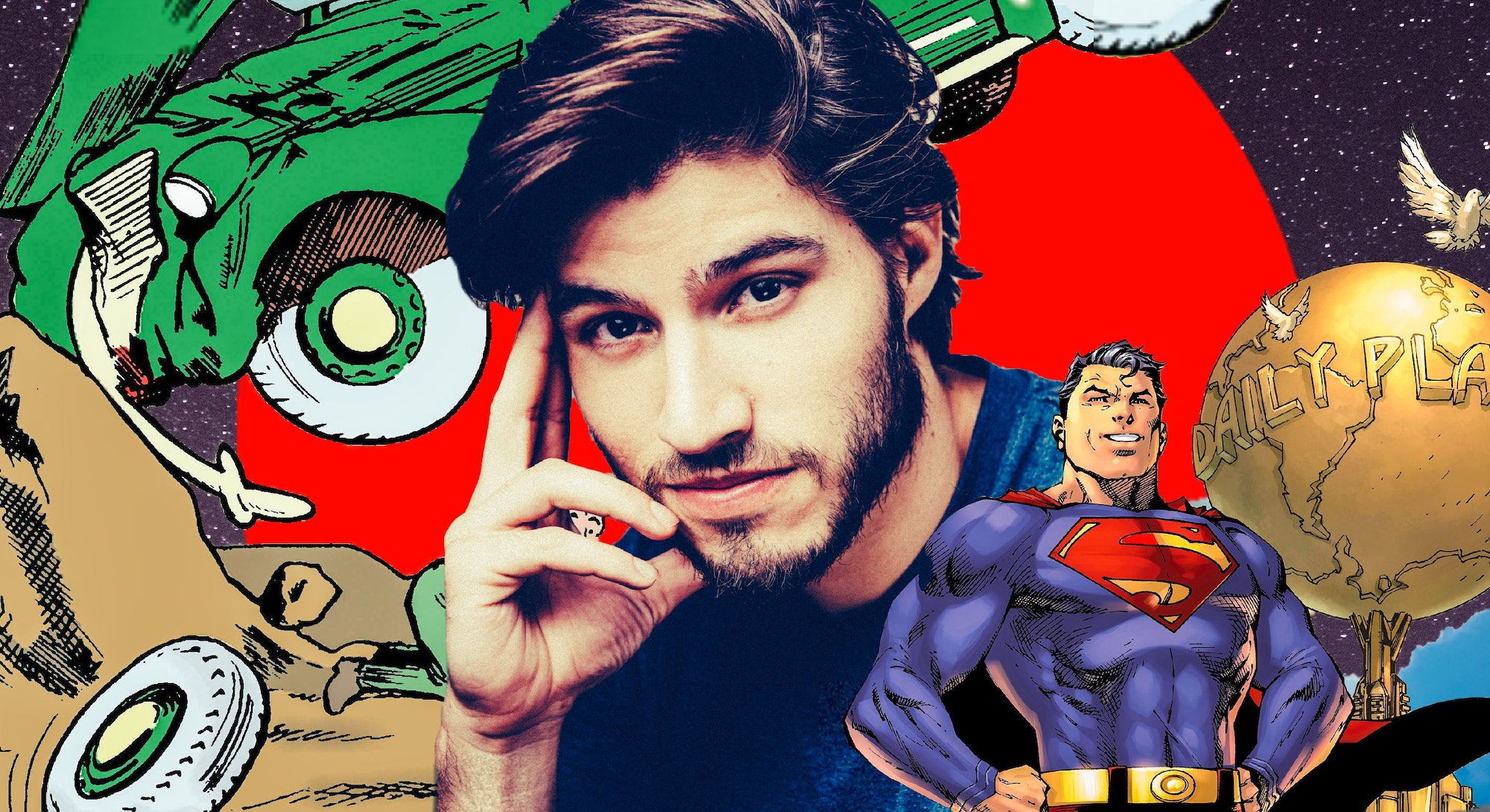 It was always Superman. To this day, when I’m in a tricky situation, I ask: What would Superman do?

Superman is a fictional character. But the ideals he stands for, those are real. “Truth, justice, and the American way” — the thing I thought about the American way when I was a kid in London was freedom, happiness, and making sure other people have the right to pursue it, no matter who they are. Superman is the ultimate immigrant story; me, coming from outside America, it seemed to be the place where, no matter who you are, you have an opportunity to give back.

The most inspiring thing about Superman is that he’s just a guy. He can do incredible things but decides to be a superhero because it’s the nice thing to do. People think he’s perfect, like a boy scout, but that’s not who he is. Clark Kent is aspiring to be Superman as much as anyone else. He doesn’t always know the right thing to do, but he’ll always do his best to make the right choice.

That’s what the “American way” was to me, especially through the lens of Superman. He came from elsewhere, he came here, and decided to give back. Everyone in their life will have an opportunity to be like Superman, probably more than once. What’s important is that you take that opportunity.

That is such a human story: Help in anyway you can.

See also: Superman Is Better Than Batman for One Hopeful Reason

I don’t believe in karma. I don’t believe there’s a cosmic force that balances things out. That would be wonderful. But I do believe you get back what you put out, and if you lead a positive life and help people, you’re gonna get more out of it. There’s nothing old-fashioned about being decent.

Meanwhile, it’s important to ask yourself what you can do. What are your abilities? Everyone has the wonderful ability to do something. Superman has powers. He has the opportunity to help, so he does. Look at yourself and ask, “What do I have to offer the world?”

Volunteering, giving to charity, or something as simple as someone dropping something and picking it up. You don’t have to dedicate your life to it. But whenever you see the opportunity, just do right and be decent. You know, Superman is in awe of us, the people, of how we go about our lives despite how short our time is, yet our lives are full. That’s the thing we should see in each other. We are all beings capable of incredible things.

As for me, I try to be as open and honest about my mental health as I possibly can be. I suffer from anxiety and depression. You’ll see me on social media talking about it, because I always found people sharing their stories made me feel less alone. And that’s important. It doesn’t make me any less of a human being; it doesn’t make me unable to do the things I love.

On TV, I play Seg-El, Superman’s grandfather on the Syfy series Krypton. I love Superman, but Seg-El’s a different character, which is a joy. Usually when you play in a superhero world, you’re stepping into a role. I get the wonderful challenge of originating a role. We decide what Seg-El gets to be.

What separates Seg-El from his grandson is nature versus nurture. Kal has the heart of the House of El, which has stood for truth, justice, righteousness. But he came to Earth and was raised by Ma and Pa Kent in a loving community. The people in Smallville, along with his parents, taught him that if you can do these things, you have the responsibility to share them with the world.

Seg-El has that heart. He passionately believes that if he sees the opportunity to help, he cannot stand by. But Seg grew up in an authoritarian society that has very precise ideas about who you are and who you can be with. To step out of that is rebellion. Every time Seg helps, it’s an act of rebellion. That hardens him. It made him an angry young man until he meets Adam Strange. That’s when he steps upon the path of the hero.

There’s bits of wisdom from Richard Donner’s Superman from 1978 that you can take in any walk of life. Christopher Reeve had a wonderful quote. Someone once asked him why Superman was relevant. He said, “Because people need a friend.” One of the greatest lines in Superman history, whether it’s comics, TV, film, was in that movie, where Lois Lane asks, “Who are you?” And he says, “A friend.”

"Any one of us can show someone that there is always hope. We can believe in the best of them."

The first thing I wrote was an editorial for DC. I talked about this moment in All-Star Superman. This young woman on a ledge is about to jump when Superman talks to her. It’s the background of my phone. It’s a kind voice there to say, “I promise you, you’re so much stronger than you think you are.”

No one will ever see me as Batman. I’m not the guardian protector of the night. But I can do that for someone. Any one of us can show someone that there is always hope. We can believe in the best of them.

One of the things I loved about Superman was reading stories about goodness and kindness that have always made me feel like I’m not alone. I want to do as much as I can to make people feel the same way, too. Even if its just one person who feels like they feel the same way, and it helps them, then it was worth it.

See also: Superman Is Better Than Batman for One Hopeful Reason

Cameron Cuffe is a member of the Inverse Future 50.