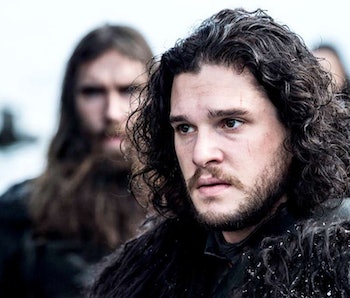 This article about Season 8 of the series Game of Thrones was originally published on November 15, 2018 and updated on June 11, 2021 following the release of the season on HBO. Read on for the original article, with some new changes to reflect the latest updates on this topic.

Game of Thrones fans were eager to see how the HBO series ended. And with 6 episodes, one of the biggest TV juggernauts in recent history came to a close. The final season saw the powerful ensemble cast come together one last time to take on both internal and external threats, with an ending that could best be described as polarizing with a surprising face on the Iron Throne.

Here are all the details we know about the Game of Thrones final season.

When was the Game of Thrones Season 8 release date?

HBO revealed the Season 8 premiere date slowly. First, it kicked off its #FortheThrone campaign by announcing the final season would premiere in April 2019.

It wasn’t until a teaser featuring the Starks in the crypts of Winterfell that the network revealed the exact premiere date: April 14.

Is there a trailer for Game of Thrones Season 8 drop?

After months of anticipation, sizzle reels, and teasers, the official trailer for the final season of Game of Thrones was released in March 2019.

Who was in the cast for the final season of Game of Thrones?

The gang was all there for the final season of Game of Thrones. The massive cast included:

What’s the plot summary for Game of Thrones Season 8?

Fans got their first taste of a plot summary when Entertainment Weekly shared a tease about the beginning:

Season 8 opens at Winterfell with an episode that contains plenty of callbacks to the show’s pilot. Instead of King Robert’s procession arriving, it’s Daenerys and her army. What follows is a thrilling and tense intermingling of characters — some of whom have never previously met, many who have messy histories — as they all prepare to face the inevitable invasion of the Army of the Dead.

Indeed the characters faced two main conflicts over the course of Season 8. In the first, the White Walkers and the Army of the Dead had their final standoff against humanity, leading to an epic episode-long battle at Winterfell. But it wasn’t long before everyone’s eyes turned to the Iron Throne. The second half of the season saw Daenerys Targaryen finally take on King’s Landing, leading to an absolute bloodbath.

How many episodes were in Game of Thrones Season 8, and how long were they?

The final season consisted of six episodes. While that may sound short, each episode was a lot longer than your typical HBO show.

“Season 8 episodes will all, I think, be longer than 60 minutes,” Nutter wrote in the AMA. “They’ll be dancing around the bigger numbers; I know that for sure.”

Indeed, the final episodes of Game of Thrones average 68 minutes, the longest for any season by far. The shortest was the season premiere, clocking in at 54. The longest was the feature-length third episode, “The Long Night.” Covering the evening where the White Walkers closed in on Winterfell, it ran 82 minutes.

Did Game of Thrones Season 8 win any Emmy Awards?

Despite how vocal fans were about their dissatisfaction towards the final season of Game of Thrones, it still translated to Emmy gold for the final season. The show received 32 nominations, the most for any single season in the award’s history. While it won a slew of Creative Arts Emmys, it shockingly didn’t take home much in the Primetime awards. But the series won where it counted, taking home the trophies for Outstanding Drama Series and Peter Dinklage—who won the first award for Game of Thrones back in 2011—for Outstanding Supporting Actor in a Drama Series.

Will there be any Game of Thrones spin-offs?

Yes! While we may officially be done with the stories of Jon Snow, Daenerys Targaryen, and Tyrion Lannister, we are far from leaving Westeros for good. The first project announced in 2018 was known as “Bloodmoon” and would cover the White Walkers’ first conflict with humanity. Unfortunately, HBO passed on the series after the pilot was shot.

The first spin-off to actually come to our screens will be House of the Dragon. The series is currently scheduled for a 2022 release and serves as a prequel to Game of Thrones, covering the history of the Targaryen family.

In 2021, a slew of other Westerosi series were announced to be on the way. They include a prequel based on George R.R. Martin’s novella Tales of Dunk and Egg and an animated drama to be released exclusively on HBO Max. Other approved projects are 10,000 Ships, referencing the voyages made by Dorne founder Princess Nymeria; 9 Voyages, about Corlys Velaryon on the Sea Snake; and an untitled show based in King’s Landing slum Flea Bottom.

Game of Thrones Seasons 1-8 are currently available on HBO.

This article was originally published on November 15, 2018