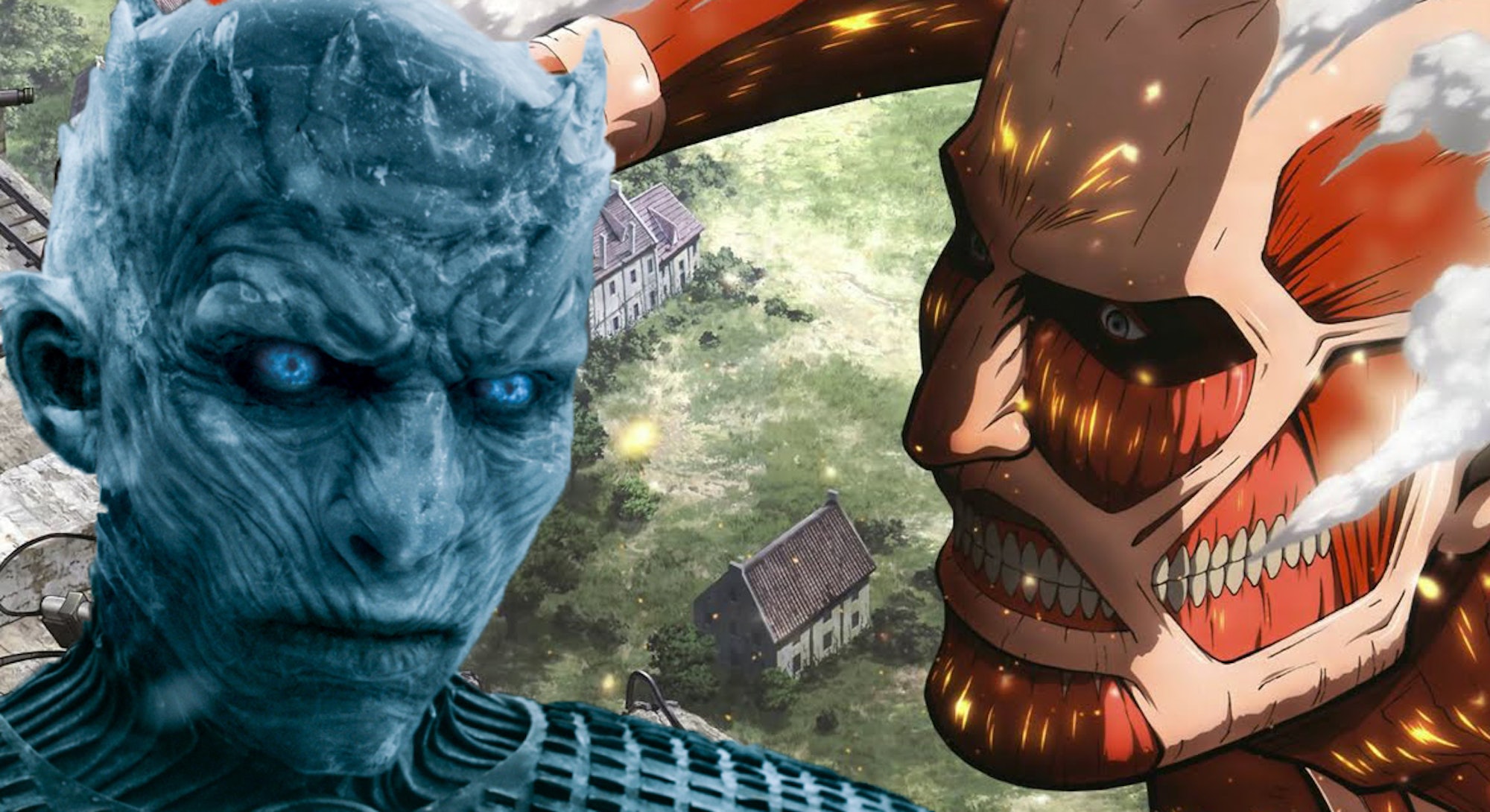 The only thing standing between humanity and complete annihilation is a wall.

It’s a wall so old and epic that its true origins are equal parts myth and mystery, and on the other side are countless monsters just as misunderstood as the wall itself. The wall is protected by a ragtag group of soldiers and volunteers with nothing to lose. Then, one day, the monsters attack, the wall comes crashing down, and everything changes.

If you think that sounds like a summary of everything that’s happened so far in Game of Thrones you’re not wrong, but it’s also an equally accurate synopsis of Attack on Titan, an immensely popular Japanese anime that just kicked off its third season. And the similarities don’t end there. Both shows feature epic battles, shocking deaths, riveting political drama, and a surprisingly grounded take on classic fantasy elements.

So, with Game of Thrones’ eighth and final season a year away, why not fill the void with Attack on Titan? Here’s why this ultra-violent anime is the perfect cure for your GoT withdrawal. Just don’t blame us if you can’t get AoT’s catchy theme song out of your head.

The similarities between these two shows go far beyond their respective walls. Literally.

In Game of Thrones, an army of frozen zombies commanded by a mysterious Night King herald the grim demise of every last human in the Seven Kingdoms. In Attack on Titan it’s a race of giant, sexless Titans ( humanoids ranging in height from 15-200 feet) with no intelligence beyond an unstoppable instinct to kill and eat humans. Either way, as soon as those monsters make it past the wall, humanity is doomed.

As each story develops both the characters and the audience learn more about these monsters and the motivations of their leaders. In Attack on Titan that knowledge is pivotal to humanity’s survival, even if the origin of the Titans feels like a mystery with no answer. In Game of Thrones the monsters beyond the wall serve more as a slow-moving B-plot, but their march southward (and their origins) will likely be the central storyline heading into the show’s final season.

Beyond that core mystery, each show offers a 360-degree view of the world that exists behind the wall. Just like in Game of Thrones, where we’re quickly introduced to the various rival families and factions vying for power behind a 700-foot wall of ice, Attack on Titan offers up an entire society split into cities by three concentric rings of 50-foot castle walls. There are soldiers, Military Police, and an entire Monarchy, all doing their best to keep peace and order in a world of dramatic uncertainty.

Both shows feature a critical look at how human leaders fail to deal with the problems at their doorsteps. In Game of Thrones the dangers behind the wall are also more abstract. The show’s seat of power, King’s Landing, is thousands of miles from the wall, and the undead White Walkers to the North are treated more like a boogie man than an actual threat by those in power.

The characters of Attack on Titan never really have that luxury. The show opens with a siege leading to hundreds of thousands of deaths and the loss of over one-third of all human-controlled land. But even in this world, there’s still a figurehead king safe in his castle to play politics while the citizens starve

Both shows also feature shockingly high death counts. Neither is afraid to kill off its heroes suddenly and brutally. In Game of Thrones that even includes the main characters (R.I.P. Ned Stark, Robb Stark, pretty much all the Starks).

Attack on Titan isn’t quite as ruthless. Most of the main characters introduced in the original pilot episode are still around for Season 3, but that doesn’t mean the show is afraid to casually murder the occasional side-character you thought was being built up into something important. Worse, these deaths are often instant and unceremonious. There’s nothing quite like watching a Titan swallow your favorite character whole or chop them in half with a single bite.

Of course, no show is perfect. Game of Thrones might offer loads of intrigue and gore, but it also features plenty of slow episodes where characters just walk through the woods and nothing much happens. With its 24-episode seasons (barring the shorter Season 2), Attack on Titan can be similarly slow-moving at times. You might get one or two episodes in a row where nothing much happens, but the payoff is almost always worth it.

Game of Thrones boasts its fair share of epic moments, but when Attack on Titan really gets going there’s no stopping it. Season 1 features a single battle that runs for nine action-packed episodes — and it’s not even the season finale.

At the end of the day, what makes Game of Thrones and Attack on Titan so similar isn’t just the epic battles, the violent deaths, or even the terrifying monsters. It’s the way both shows offer a painfully realistic look at what happens to humanity when we’re no longer at the top of the food chain. How does that dramatic shift push us closer together while also bringing out the worst in some?

In their own unique ways, both shows attempt to answer that same question, the fact that they’re also entertaining as hell is just an extra perk.