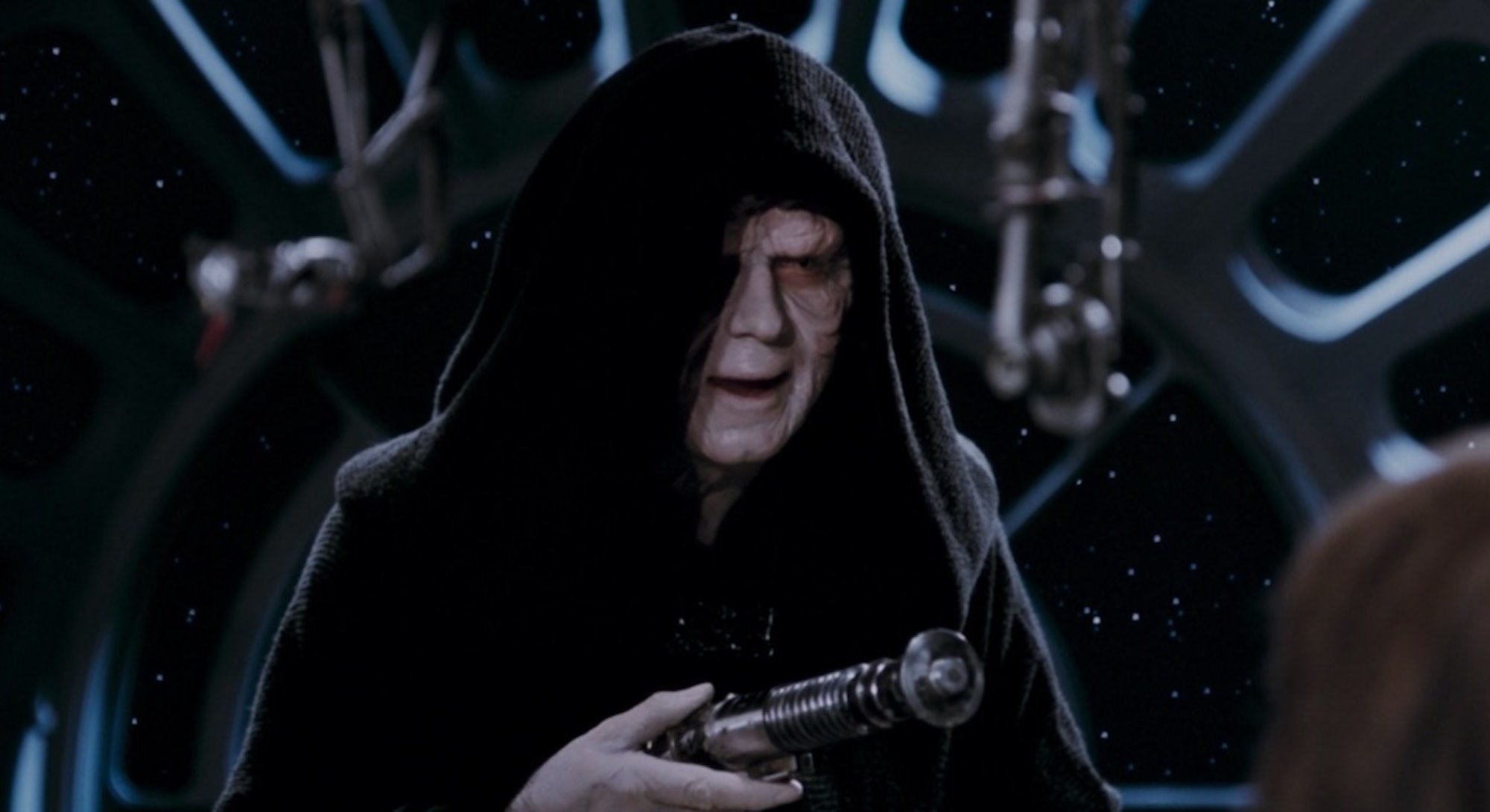 But this week, in particular, feels like the perfect time to talk about Palps. May 21 is the 40th anniversary of Empire Strikes Back (the movie that first introduced the world to the Emperor), and two days before that, Revenge of the Sith (the film that showed us how Sheev transformed from a normal human to a walking melted candle) turns 15.

To celebrate, Inverse asked our Star Wars-loving audience to answer nine questions (one for each of the core movies) about Emperor Palpatine, ranging from the serious (What was his plan in The Rise of Skywalker? Is he really dead?) to the silly (What was Sheev like as a teenager?). Here’s what we learned from 1,275 readers.

There’s only one Darth Sidious, but over the years we’ve seen a lot of different versions of Palps. From the smooth-talking politician of the prequels, to the reanimated corpse in The Rise of Skywalker, to the angular animation of The Clone Wars, there are so many options to choose from.

But for Inverse readers, it wasn’t even close. Return of the Jedi Palpatine won with over a third of the votes, confirming that the only good Palps is the one who got tossed down the Death Star reactor core. Prequels-era Palpatine was a close second, though, with fans splitting the vote almost evenly between pre- and post-face melting. The Emperor’s brief, holographic appearance in Empire Strikes Back came in fourth, with gross zombie Palps from The Rise of Skywalker in fifth.

Darth Sidious rarely loses his cool, but when he does it’s usually because of a Jedi. So which Jedi actually scared Sheev Palpatine? Did Mace Windu actually stand a chance? What about Yoda? Could Obi-Wan Kenobi have taken on Darth Sidious?

More than 1,000 Palpatine fans can’t be wrong: Yoda was the clear winner with over 500 votes (to be fair, he really did give Sheev a run for his money at the end of Revenge of the Sith). Mace Windu was a not-so-distant second, followed by Anakin Skywalker (aka, Darth Vader) in third and Luke in fourth. Rey registered too, but not quite as high as “no one.”

Also, my apologies to Qui-Gon Jinn, who was regrettably left off this list but still pulled in over 30 write-in votes. We’re sure if he had survived Episode I he would have risen to the challenge in Episode III.

Growing up on Naboo, studying to become a career politician, hanging out with Darth Plagueis and learning about the Dark side. The Emperor’s teenage years (and his childhood in general) remain a pretty big mystery. Until Disney announces a Young Sheev streaming series, this poll is probably our best bet at an answer.

Out of the three options we offered, the vast majority of you agreed that Palpateen was “obsessed with the Dark side and kind of a jerk.” In a distant second, almost 200 people think Sheev was a nerd while under 100 people guessed that he was actually pretty cool.

We also got some fun write-in answers for this one, including that he was emo, that he “killed his parents,” and my personal favorite:

“The coolest best guy in his own world who was always a victim of sensitive types with weird emotions he didn't understand who were always trying to stop his death cult like it's a thing that should not be or something.”

6. The Rise of Palpatine

The movie only hinted at an answer, and even if the official novelization makes it clear, we still think the events of Palp’s resurrection are open to interpretation. Apparently, you all don’t agree. Over 500 people agree with the novelization that the Emperor transferred his consciousness into a waiting clone moments before death in Return of the Jedi.

We’ve also got some mavericks, though. Over 200 fans think Palps died and the Sith Eternal made an entirely new clone with some leftover DNA. A lot of you also think Sheev learned how to live forever from his Sith master, Darth Plagueis. And then there’s my favorite write-in answer: “Something something Dark side.”

Here’s a tough one: Palps changes his mind so many times in The Rise of Skywalker it almost seems like he’s making it up as he goes. But this is the guy who manipulated the entire galaxy into civil war in The Phantom Menace. So is it possible he was just winging it by Episode IX?

Over 150 of you agree with me that Palps is making this one up on the fly, but the vast majority (almost 700 people) think his plan was always to get killed by Rey. A few of you also think he always knew about that Dyad business, but I’m pretty sure that was a last-minute strategy.

If Palpatine is Rey’s grandfather, then she’s gotta have a grandmother, right? Or, in other words: Does Palps f*ck? For most of you, the answer is… yes.

Almost 600 Star Wars fans agreed that Rey does have a grandma, but she’s likely someone we’ve never seen before. However, over 400 of you argue that Rey is the child of a Palpatine clone, meaning she doesn’t technically have a grandmother (at least on the Palps side of the family). 70 of you think it’s Sly Moore (a female alien seen alongside Sheev several times during the prequels), while one write-in sums it up nicely with one word: “midi-chlorians.”

Will the Emperor rise again? Lucasfilm doesn’t have a direct sequel to The Rise of the Skywalker in the works, but it could happen eventually, and when it does, they might just drag Palps’ corpse out of the grave one more time.

Thankfully for the galaxy, over 50% of you (almost 700 votes) agree that Darth Sidious is really dead this time, while only 30% of you think he’s “obviously” come back again. However, one Star Wars fan offered an interesting middle-ground, writing, “Clones of him may still exist, but they will lack his consciousness.”

Those mysterious robed henchmen in The Rise of Skywalker never got much of a backstory, so we thought we’d ask you all for an answer.

The vast majority agree that Palpatine created the Sith Eternal as a secret order back when he was still the Emperor. However, my personal theory that they were all just a projection of Darth Sidious’ incredible Force powers came in second with over 200 votes. In third: They’re all just rejected clones of their master.

Perhaps the greatest mystery of the Star Wars sequels, and one that Palpatine only sorta answers in Rise of Skywalker. Who was Snoke? Where did he come from? Why was he so powerful?

As divisive in death as he was in life, Snoke split the group almost perfectly. 350 of you think he’s a clone of Palpatine, while 336 agree he was just some “random Dark side guy.” Another 242 think Snoke is actually a clone of Sheev’s old master, Darth Plagueis the Wise, while 112 of you think he might be a copy of Moff Tarkin (look at his cheek bones, the resemblance is uncanny).

But again, the best answer came as a write-in, with one fan arguing that Snoke is just “an annoying extra character to delay reveal of Palpatine clone who looks too much like Voldemort in Harry Potter's Wizarding World.”