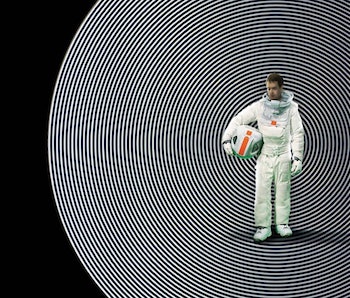 Plenty of science fiction movies have told stories about characters who are stranded in space and desperate to get back to Earth. Films like The Martian, Gravity, and Interstellar have all centered on those kinds of heroes, and it’s not hard to see why. Who can’t relate to someone who just wants to find their way home?

But no sci-fi movie uses that premise quite as well as Moon does. Directed by Source Code and Warcraft filmmaker Duncan Jones, Moon is a sci-fi mystery that also works as a character study and scathing critique of corrupt corporate greed. It does all of that by telling the story of one man (Sam Rockwell) who just wants to finish his contract job on the Moon and get home to his family on Earth.

At least, that’s how Moon begins. The story it ultimately tells, however, is much more twisted, shocking, and heartbreaking than you could predict. It’s for that reason that Moon has carved out a place for itself as one of the best sci-fi movies of the 21st century. It also just so happens to be streaming right now on HBO Max.

At the center of Moon is Rockwell’s Sam Bell, an astronaut stationed on Earth’s satellite as the result of a contract he signed with a massive corporation. He’s the sole worker at a station which mines an important resource and sends canisters of it to Earth. The station itself is largely automated and self-run, which means the only other sentient being around to keep Sam company is an AI named GERTY.

When Moon begins, Sam is nearing the end of his three year contract and is looking forward to returning to Earth. However, an unexpected accident throws his plans into chaos, and the revelations that follow force him to come face-to-face with the grim reality of his situation and his place in one company’s grand schemes.

Once Sam experiences his game-changing accident, Moon begins to unveil a series of twists, nearly all of which land with devastating impact. Nathan Parker’s script is patient but tightly structured, hitting viewers with the film’s various surprises at a pace that allows them to actually have enough time to feel the weight of each revelation. The film’s momentum never slows, but Jones and Parker never feel the need to rush through any of its major emotional beats either.

Moon’s measured, patient pace also allows Rockwell the time to actually explore and communicate the psychological and emotional rollercoaster that his character goes on. For all of its narrative ingenuity and cleverness, Moon wouldn’t work if it didn’t have an actor of Rockwell’s caliber bringing Bell’s journey to life on-screen. Fortunately, it does, and Rockwell turns in one of the best performances of his impressive career in Moon.

Jones, meanwhile, directs the film with an understated, controlled hand, never implementing flourishes where there shouldn’t be and never leaning too hard into the film’s various sci-fi details. He, like Rockwell and Parker, knows that the most important thing in Moon is making sure the audience sympathizes with Sam and is invested in his journey.

The result is a movie that, despite being small in scope and scale, manages to be more emotionally engaging than many of the sci-fi blockbusters released throughout the 2000s and 2010s.

Moon is available to stream now on HBO Max.

More like this
Culture
Feb. 2, 2023
After Harry Potter, Daniel Radcliffe Obviously Had to Play a Farting Corpse
By Alex Welch
Culture
Jan. 29, 2023
A 2011 Jake Gyllenhaal thriller reinvented the time travel movie
By Alex Welch
Culture
Jan. 21, 2023
Steven Soderbergh’s only sci-fi film is also one of the century’s most underappreciated
By Mark Hill
LEARN SOMETHING NEW EVERY DAY.
Related Tags
Share: