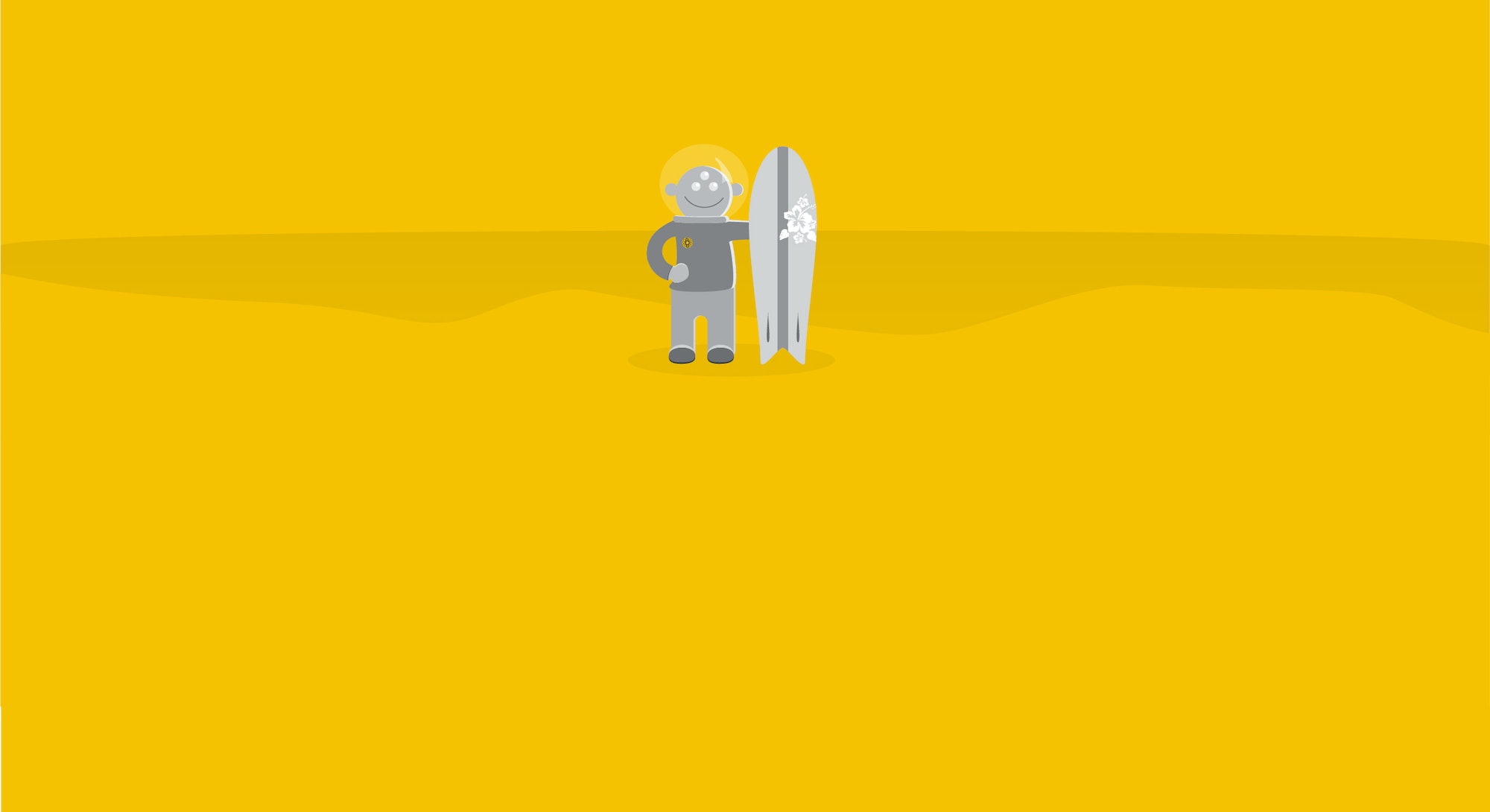 The first time Commander Carmel Johnston, a soil scientist from Montana, left her temporary home on the side Hawaii’s Mauna Loa volcano, the only sound was the whirring of fans inside her spacesuit, circulating air, and recycled breath around her body.

The crunch of her boots on lava couldn’t penetrate the heavy plastic hood of her repurposed HAZMAT suit so, when her radio died, she communicated to the rest of the crew through scuba divers shorthand. They walked together, strangers forced into an extraordinary intimacy, toward the 878-square-foot dome designed to simulate the claustrophobia of a permanent base on Mars.

Johnston and the NASA-funded Hawaii Space Exploration Analog and Simulation crew, recruited from a pool of highly educated scientists, engineers, and architects lived on their private “Mars” totally cut off from other Earthlings for a full calendar year. When Johnston finally walked off Mauna Loa, this time in hiking boots purchased at an outdoor store in Kalispell, Montana, she no longer needed to gesture at or wonder about her fellow travelers. The crew’s isolation bred a familiarity so complete some of them felt like like they could read each other’s minds. They had shared thoughts, meals, and a mission. They were explorers on unexplored terrain — even though they’d never left Hawaii.

The hypothesis — In order to create a functional base on Mars, NASA and its private competitors will need to design the physical and digital technology needed to transport humans and what keeps them alive between a 33.9 million miles journey and a safe landing. But the mission won’t end there. Astronauts will need to work effectively together to make the whole project both sustainable and worthwhile. Given the extremity of the conditions, that’s no small ask.

Since 2013, HI-SEAS has run four separate behavioral experiments simulating the isolation and stress that a human crew would endure on the way to Mars and on the planet’s surface. The best way to do the latter, according to Project Manager Bryan Caldwell, is to send a bunch of scientists to live in hostile terrain. Mauna Loa, separated from civilization by 20 miles of lava fields and a simulated 22-minute communication delay, does the trick nicely. The first three experiments lasted four, four, and eight months respectively. The crew of HI-SEAS IV, a six-person team of scientists, were expected to treat the outside world as otherworldly and deal with the same deprivations as the first space pioneers for a full calendar year. As though retaining sanity wasn’t a big enough task, the scientists were also given various tasks and research to do while in the dome. While some of their duties simulated the day-to-day activities of real Mars astronauts, the crew’s primary function was to serve as test subjects in 13 different behavioral experiments. Outside of the dome, a team of multidisciplinary researchers monitored every aspect of the crew’s lives, hoping that they could pinpoint the “right stuff” for humanity’s next giant leap.

The data collection — The amount of data the HI-SEAS program recorded was staggering. Communication with the crew and between crew members was highly scrutinized in the service of several behavioral studies, something Caldwell says was constantly on the minds of everyone involved. “Everything is data,” Caldwell says. “You’re very aware of that while you’re talking.”

On prior missions, the HI-SEAS research team crew communications with mission support through the AD ASTRA program, constantly probing and psycho-analyzing emails and crew journal entries to understand how the crew was responding mentally to the stressors of the mission AD ASTRA stands for Automated Detection of Attitudes and States through Transaction Recordings Analysis, but it’s basically a scientific version of Big Brother (crew members could opt in or out of the program, however, and personal email was not monitored). Otherwise, personal privacy is not conducive to behavioral research.

Whenever the crew left the dome, they were monitored on video by remote researchers from the University of South Florida, who analyzed recordings of EVA (outside dome) mission planning and execution to see how the team was working together. There was no CCTV inside the habitat, but crew members wore electronic badges constantly that monitored their physical proximity to one another, gauging social interactions based on distance as part of a study by Dr. Steve Kozlowski of Michigan State University. Throughout the experiment, the crew filled out daily or weekly surveys describing their interactions with one another.

To cope with the claustrophobia and boredom, researchers gave the mock astronauts a virtual escape. The ANSIBLE program, led by Peggy Wu, let crew members strap into an Oculus headset and spend time in a customizable virtual space. The program was designed to help crew on each of the four HI-SEAS missions communicate with family across the simulated time-lag (Mars is 22 light-minutes from Earth at the furthest point in its orbit). Family members could log in at certain times, like Thanksgiving, and record a video message with their digital avatar. Once a crew member signed in, they would experience that time with their family. On the outside, Wu’s team monitored every interaction, like the time a crew member and a friend outside logged in and waited out the delay, until both avatars were sitting side by side on a couch, together in virtual space.

The results — HI-SEAS is run by the University of Hawaii at Manoa under the leadership of Principal Investigator Dr. Kim Binsted, but the program answers to NASA, which contributes most of its funding. As such, most of the data collected from the crew is proprietary, and will be published by groups of researchers in peer reviewed scientific journals over the course of the next few years.

But the mock astronauts in the dome had some immediate takeaways about the demands of future space missions. Johnston says the most important trait any prospective long-range astronaut could have is adaptability. Over time, things are bound to go wrong, no matter how well-planned, researched, and funded a Mars mission is.

“Everybody can get into a schedule,” Johnston says. But being able to adapt to a scenario that comes up whether it’s real or it’s simulated is absolutely essential towards being able to get your work done.”

Tristan Bassignthwaighte, the crew’s architect, says that the most important quality was empathy.

“You need the basic ability to understand and relate to others,” he says. “You can’t be full of yourself, a narcissist, think you’re better than others because of degrees or your skills or title or anything. You need to be able to talk to people, change your mind, see things from their perspective, and just roll with it. If you can’t, you’ll become a hugely negative part of the mission that’s just always there, ruining the flow for everyone else.”

In the past, empathy hasn’t always been a priority for NASA’s recruiters, but Bassignthwaighte, a graduate student whose dissertation focuses on how physical design can ameliorate feelings of isolation or claustrophobia in Mars-like scenarios, says those priorities will have to change.

“We don’t need the amazing test pilots that can do anything with a cocky attitude and a grizzled jaw anymore, we need the people who will be your best friend for years and help you carry through, emotionally intelligent people who persevere,” he says. “Otherwise you’ll just drive everyone crazy.

Conclusions — Every crew member responded differently to the stresses of being locked in a bubble on top of a volcano for a year.

“We’re looking at a very special population of goal-oriented, very accomplished, high performing individuals who are in this very unique isolation environment,” Wu said. “So what works for them might not be the same as what works for other people.”

Researchers found that the crew often used virtual space inside the ANSIBLE VR units to increase their physical space — members played tag, or dressed up their avatars in costumes and staged mock battles like any other video game. “When I demoed the system to the astronauts, all of them loved to be able to fly,” Wu said.

But Johnson said virtual reality didn’t have much appeal for her. Instead, she found solitude in EVAs, the mock-spacewalk missions that allowed her to leave the habitat and enter the quiet isolation of her mock spacesuits, surrounded by the alien landscape of Mauna Loa.

“It was really different to see our surroundings through a face shield and to only hear the fan that is in our suits,” Johnson says. The her first few steps on the jagged lava rocks were so unsteady, it made her think of skiing in a whiteout conditions. But by the end of the mission, she was completely at ease in her environment, finding personal space and stress relief in the brief moments of flight while leaping from rock to rock.

ANSIBLE studies found that subjects who use the VR system report feeling much closer to humanity in general, as well as keeping closer bonds to their friends and family, when compared to a control group. Both of these effects helped reduce their overall stress levels — something real astronauts will constantly struggle with while battling an environment that could kill them at any minute. Wu said it also affected their perception of time, which will be extremely important during the arduous, often boring six-month trip to Mars. Subjects on all four HI-SEAS missions participated in a number of programs designed to

Another aspect of long-term spaceflight, especially in complete isolation or in colony situations, is how crews will interact romantically. None of the crew members interviewed shared details of Martian romance — two crew members had spouses on the outside — but Johnson says it was discussed.

“It is an interesting part of the social and psychology of an isolation mission. We did not have any rules on what could or could not happen, but we agreed as a crew before the mission that whatever happened, you would always put the mission first,” Johnson says. “We all agreed that personal alliances be them romantic or completely platonic would not get in the way of mission integrity and compliance.”

What’s Next — HI-SEAS has amassed an enormous amount of data on how humans react in situations of extreme isolation. The search, now, turns to which humans to put into that situation.

It’s quite possible that six ‘right stuff’ personalities together are just not going to get things done,” Caldwell said. “So we’re looking at aspects of that for what type of personalities will suit the long duration self directed mission conditions.”

The six crew members on HI-SEAS IV were all highly educated, not unlike the pool of applicants NASA selects from. But for the past half-century, the space agency’s stars have been fighter jocks like John Glenn and Buzz Aldrin, bold men who subdued the skies with sheer charisma and courage. As the human race prepares to spend longer and longer periods adrift in the vastness of space, or marooned on far-off planets, a “grizzled jaw” might not be most important requirement for success. Instead, crews will have to function with empathy, adaptability, and humor in order to keep a group of stressed-out individuals functioning on the longest trip they’ll ever take.

“In the early days of space exploration, it really was important to just have the ‘right stuff.’ If you don’t get along very well with people, you can suck it up for a couple weeks,” says Doug Vakoch, the president of Messaging Extraterrestrial Intelligence International, a nonprofit research institute and author of Psychology of Space Exploration: Contemporary Research in Historical Perspective. “But when you’re talking about a mission that’s going to last for a year, and you dont have a safe way to vent, thats going to be a big problem.”