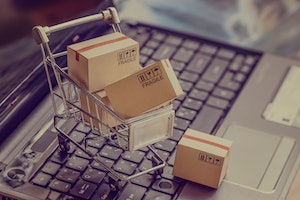 The 17 behavior biases that secretly control how you shop

Covid-19 has radically changed the nature of shopping. In what analysts called a “holiday shopping season like none other,” brick-and-mortar stores took a brutal blow in late 2020, but the shopping season itself became longer than ever. Some things do not change, however.

In a paper published in November 2020 by the National Bureau of Economic Research, researchers show that, amidst all the upheaval, there are certain biases guiding shoppers' purchasing decisions, regardless of how or where they shop — 17 biases, to be exact.

Co-authors Victor Stango and Jonathan Zinman write “no one exhibits all 17." Yet "almost everyone" tends to display an average of 10 behavioral biases when they make purchasing decisions. Understanding how these impulses secretly guide your choices could help you decide whether that lingering item in your shopping cart is actually worth the money.

To get a good cross-section of consumers, Stango and Zinman went to the Rand Corporations’s American Life Panel, a “nationally representative, probability-based panel” made up of more than 6,000 people aged 18 and over. As is standard for research done with the ALP, each participant was paid $10 for every module, or section of the study, that was answered.

These 6,000 or so people revealed 17 biases that appeared to influence their shopping habits and consumer decision making, but these can be grouped by 8 common themes:

Cliff A. Robb is an associate professor of Consumer Science at University of Wisconsin-Madison. He tells Inverse the study does a good job of"summarizing a lot of critical biases that are at work in the decision-making process." He was not involved with the study.

"When I am teaching about this topic, I always find it important to stress that susceptibility is not necessarily due to ignorance or lack of knowledge, nor are there necessarily universal biases that apply to everyone in every situation," Robb says.

Importantly, the 17 behavioral traits identified in the paper don’t exist in a vacuum — they often come bundled together.

Money discounting — In behavioral economics, “present-bias” refers to when people settle for something smaller today, in the present, rather than holding a potentially larger reward in the future.

In this context, it means that a person is likely to choose a smaller discount in the moment rather than a larger discount promised in the future.

Consumption discounting — What applies for money and humans also works for food. When given the offer of a less healthy snack in the moment, or a more healthy — and potentially more desirable — snack five weeks from now, people are more likely to choose the less healthy option, even if it is less beneficial to them.

Revealed preference — "Revealed preference" is an idea in economics dating back to the 1930s, when economist Paul Stevenson said if a person’s income and the item's price are held constant, then consumer behavior is the best indicator of their preferences — essentially, it assumes that a person’s purchases are rational. If you have a lower income, you will steer clear of the higher priced items.

In this study, Stango and Zinman asked the participants to make eleven such decisions.

“Each decision confronts respondents with a linear budget constraint under risk: subjects choose a point on the line, and then the computer randomly chooses whether to pay the point value of the x-axis or the y-axis,” they write.

When faced with budget constraints, participants' revealed preference held up.

Dominance avoidance — Making a purchase is ultimately a gamble on the part of the buyer. When we purchase something, we assume they will work in the way we want them to. In terms of behavioral science, that may mean applying stochastic dominance to your purchase choice. Stochastic dominance is actually way of ranking lotteries.

In this paper, Stango and Zinman show consumers don't just want to buy the item that offered the "most" of that particular item. Rather, their revealed preference stood tall throughout.

Narrow bracketing — This term “refers to the tendency to make decisions in (relative) isolation,” Stango and Zinman write.

While this might sound like a good thing, it can lead to expensive — and perhaps even irrational — decisions.

The authors asked subjects to decide between a certain payoff or a gamble, in which the gamble offered the chance for bigger rewards. For example, winning $100 versus. a 50-50 chance of losing $300 or winning $700.

They found “59 percent of our subjects exhibiting some narrow bracketing." In other words, subjects tend to be loss-averse, choosing the $100 in hand rather than the potential for a $700 prize.

Preference for certainty — This feeds into the next bias: People tend to like certainty. Having a guaranteed return can often feel like a real asset to consumers, but Stango and Zinman note that risk-averse behavior “could in turn lead to lower wealth.”

So while you may be covering your bases, you could also be doing yourself a disservice.

Loss aversion — Pushing the need for certainty to an extreme, loss aversion refers to when someone prioritizes not losing anything over any potential gains.

This is "one of the most influential concepts" in terms of behavioral decisions, Stango and Zinman note. In this study, they wanted to see if a person would choose to receive nothing rather than take a small-stakes gamble.

The second choice asked subjects to decide between that gamble six times in a row, or zero dollars.

“37 percent of our 1,511 respondents reject both lotteries, consistent with relatively extreme loss aversion,” the two write, while 36 percent played both, and 27 percent played one over the other.

Overall, around 64 percent of respondents displayed some form of loss aversion.

Ambiguity aversion — Would you prefer a less-than-50/50 gamble over a bet with unknown probabilities? I f yes, that's ambiguity aversion, and it’s “widely theorized” to lead to poor stock portfolio performance.

To test this, the scientists offered respondents a game where they could win, hypothetically, $500 if they selected a green ball from a bag. They offered two bags: Bag One with 45 green and 55 yellow balls, vs. Bag Two of unknown composition.

Which one would you pick? If you said Bag One, then you’re just like the 73 percent majority of the study that was ambiguity averse.

The team asked: “We would like to know what you think about your intelligence as it would be measured by a standard test. How do you think your performance would rank, relative to all” who have taken the test?

At first, 70 percent of respondents say they would rank at the higher end. But immediately after the test, this dropped to 50 percent.

Sometimes, people doubt that it can be that easy. According to this paper, “87 percent” of respondents underestimated the chance of the law of large numbers working things out equitably.

Cold Hand Gambler’s Fallacy — Going back to the standard coin flip, let’s say you’re in a high-stakes coin flip tournament. With everyone watching, the coin lands on heads nine times in a row. What are the chances that on the tenth flip, the coin will show heads?

Around one-in-four respondents had the Cold Hand in the study, while only 14 percent of respondents were hot-handers.

Underestimates APR: Exponential growth bias, loan-side — The annual percentage rate of a loan is the yearly total interest paid, shown as a percentage of the original amount.

Let’s say you pay an additional $100 for a $1,000 loan. That would make your APR 10 percent. An exponential growth bias means that a person has “a tendency to underestimate the effects of compounding on costs of debt and benefits of saving,” according to Stango and Zinman.

Stango and Zinman asked respondents to guess what the loan APR would be on a potential loan. Fifty-one percent of respondents ended up underestimating what a loan’s initial APR would look like.

Underestimates future value: exponential growth bias, asset-side — A hypothetical from Stango and Zinman: “Let's say you have $200 in a savings account. The account earns 10 percent interest per year. You don’t withdraw any money for two years. How much would you have in the account at the end of two years?”

That is to say, can you accurately predict an asset's future worth?

Forty-seven percent of respondents ended up underestimating what their savings account would be worth.

Limited attention — Are you paying enough attention to your finances before any purchase? No need to beat yourself up about it, it happens to everyone. But can you improve?

Stango and Zinman asked if people thought their household finances would improve if they thought about them day-to-day, in the medium-run (dealing with regular bill payments), or in the long-run (retirement, that sort of thing).

In the day-to-day and medium-run, a slight majority of people (52 percent and 51 percent, respectively) thought they already paid enough attention.

Stango and Zinman offered up an incentivized task. The American Life Panel, through which they were taking the study, had a special offer for respondents. Twenty-four hours from the moment they were reading the text, a special one-minute survey would be available. Filling it out would earn them another $10. Would they do it?

Ninety-seven percent of respondents said yes, they would do a minute’s work for $10. But when the next day came, only fourteen percent actually followed through.

The Inverse analysis — These biases are stubborn, Robb says, even to our own detriment.

During the Covid pandemic, which Robb says "has shown a light on the significant economic inequalities that were already present in our system," our buying patterns are likely to remain the same. And the bias of limited memory might be the one that keeps the Merry-Go-Round of shopping going over, and over again.

"I think sellers should always be aware of a central problem when it comes to markets and how they operate, and that is the fact that people have short memories," Robb says.

Shoppers "do not retain the powerful lessons of our past, often to our collective detriment. I have no idea whether we are heading towards a more significant market downturn in the near future, but many of the hallmarks are there."