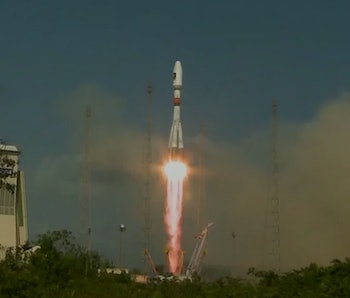 There were 87 orbital rocket launches in 2015, and a new video shows all but one of them in a single 33-minute video:

Mateusz Fojcik, the video’s creator originally posted the above video with just 83 of the launches, but added three more today.

Surprisingly, finding video of something as momentous as a rocket launch can be a little challenging.

“It wasn’t always easy to find good video of specific launches, especially Chinese, but I was able to find 83 out of 87 orbital launches of 2015, and today I found three missing Chinese launches,” Fojcik tells Inverse.

So he’s now only looking for one video: The September 25 launch of the Chinese rocket, Long March 11. He’s put out a few feelers.

The year in launches started with the Falcon 9 on January 10 and ended with the launch of the Russian Proton-M rocket on Christmas Eve.