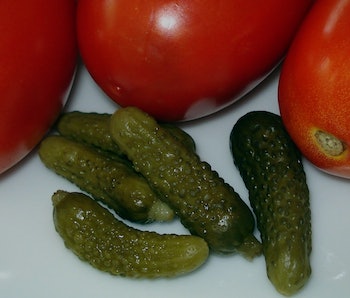 Earlier this month, Johns Hopkins University announced plans for America’s first-ever wave of penis transplants. If the 60 experimental surgeries go smoothly, penis transplantation for genitourinary injuries could very well become the medical norm, which is great news for soldiers and a bit unnerving for organ donors. That latter group is left with this question in their dried mouths: Are they going to take my penis?

The Living Legacy Foundation of Maryland is the organ procurement organization that serves Johns Hopkins University. As Director of Community Services, it’s Litsa Williams’ job to deal with these concerns, though by the time the issue comes up, it’s too late to involve the would-be penis donor in the conversation. “The initial discussion with the family is about the normal organs and tissue,” she told Inverse, pointing out that genitalia — together with faces and hands — aren’t normally part of that discussion.

When it comes to donation, she explains, there are the organs you see and the ones that you don’t. The “recovery’ process for the latter — the usual kidneys, livers, and hearts — is pretty streamlined. If you’re listed as a donor on your driver’s license, all of your internal parts are fair game unless you’ve specified otherwise (of course, after your family gives the final thumbs up). With the right clothes on, an open casket burial is still totally possible.

But when it comes to donating the visible stuff, the parts your family would recognize if — for whatever reason — they saw them transplanted onto another person, the conversations gets a lot trickier. Those conversations are also rare. At the moment, there are relatively few people seeking penis transplants, and finding a successful donor still requires finding an immunological match. “Most likely the huge percentage of people who are willing to donate will not be a match, so most of the time we won’t speak with the family about it,” Williams says.

On the rare occasion that a matching penis recipient is found, Williams’ team then gently broaches the subject. “We explain we’ve determined their loved one is a match, and what that would mean,” she says. Occasionally — and only with permission — the family is briefed on the conditions that led to the recipient being “in need.” At this point, the causes of genital injury are generally combat related. Families get a rundown on the recovery process, which would take place at the same time as the surgery.

It’s also then that families hear about options for prosthetics. Open casket funerals are still popular, and families are sensitive about how their loved ones look. Facial tissue donors get lifelike masks — “They’re really incredible,” Williams says — and penis donors get a reconstruction “so that it won’t affect how the patient’s clothes lay.”

What penis donation really comes down to, Williams says, is whether your family — your surrogate decision makers — think it’s something you would’ve wanted. Once that decision is made and a match is found, your family doesn’t have much control over who it goes to. “You can’t, for instance, say, ‘I only want my organ to be transplanted to someone who is a Ravens fan, or a Catholic,” she says, but she points out that a process called “directed donation” makes it possible to prioritize people you know on the waiting list.

Penises are the seat of manhood but aren’t exactly useful on a corpse. While some men might be uncomfortable about cruising into the afterlife without the tools for ghostly copulation, others might find it even more life-affirming to know their organs are getting action long after the rest of their bodies are buried. Encouraging organ donation is all part of Williams’ job, but she understands why men might be especially protective of their family jewels. “The hardest part of these conversations is that they’re not conversations that we’ve ever had,” she says. “But we want people to know they’re not going to the DMV and signing up for this.”

More like this
Innovation
21 hours ago
This high-tech camera may help protect our identities — here's how it works
By Molly Glick
Innovation
7 hours ago
Scientists finally found an efficient way to recycle plastic foam — it could make them rich
By Joanna Thompson
Innovation
7 hours ago
After quitting the ISS, Russia reveals its next-gen space station
By Darren Orf
Share: