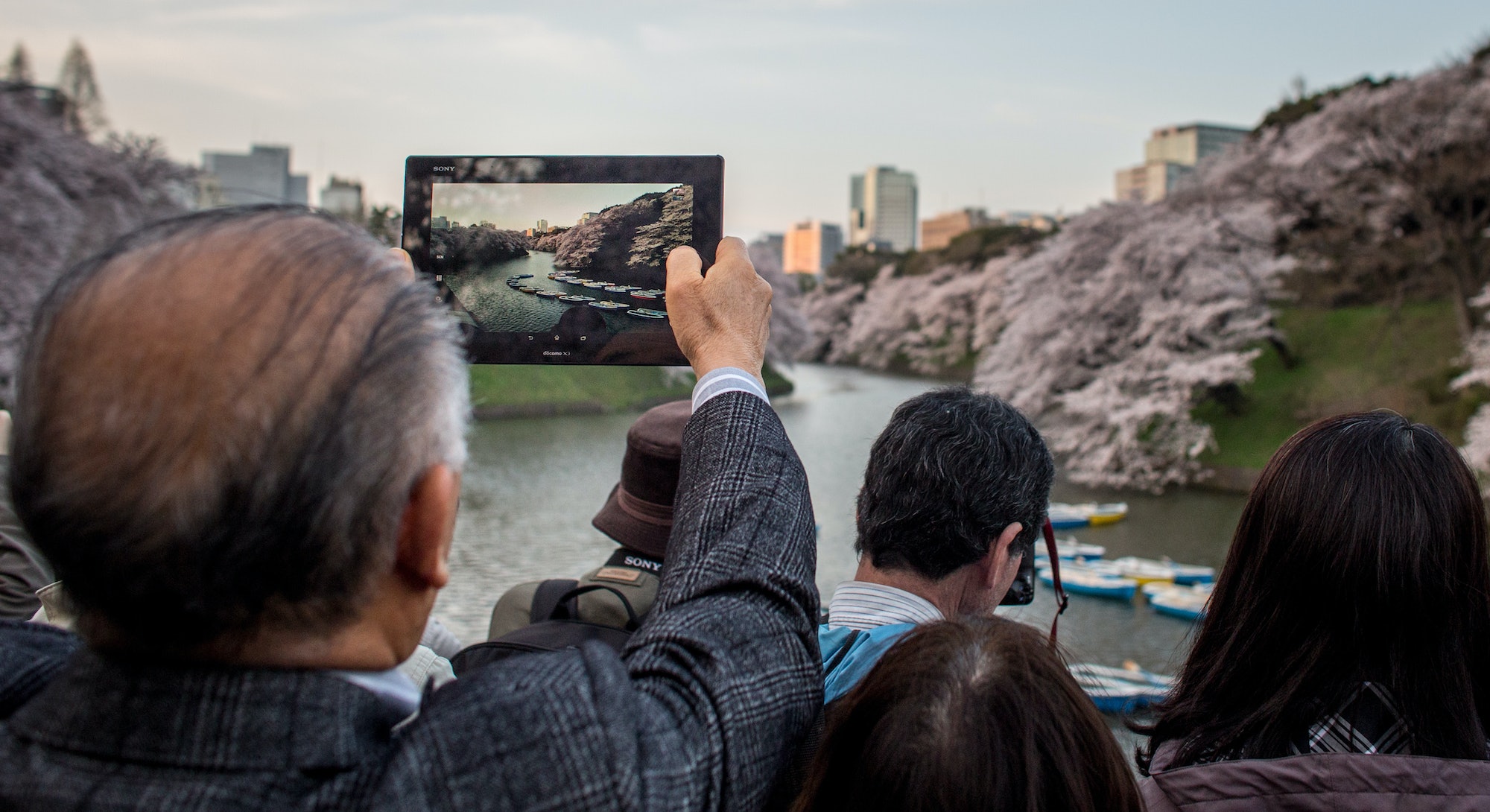 The 2015 word of the year, the Merriam Webster has determined, is really more of a wordlet. The suffix -ism — deployed profligately in fascism, terrorism, racism, and socialism to draw hard distinctions between human tribes — is the winner this year, trumping even Oxford English Dictionary’s choice, identity. These terms tell us a bit about where we are, but less about where we’re going; for that, we must turn to the Japanese, who also got a word of the year, and an adjective I say is a sight more rad: jiwaru.

It’s the quality of what you or I might slangily call “sticky” or (ugh) “shareable,” befitting a piece of culture that holds your attention. But it feels more specific than that, describing the fast crush you get on something you didn’t expect to love. And it’s a perfect term for the sublimity of a short video, a gif, a Vine, a photo, or tweet. It’s what happens when a video has the quality of deserving to go viral, even if that hasn’t happened yet.

The Wall Street Journal speaks more Japanese than I do; here is how it described the decision by Sanseido Co., a dictionary publisher:

Sanseido says the verb, which might be translated as ‘to grow on you,’ as in ‘That book really grows on you’ — conveys a deeper appreciation than the instantaneous thumbs-up expressed in a Facebook ‘like.’

‘This year, we have seen sudden growth in jiwaru as a word used by people, for example, to praise an interesting picture they saw on Twitter,’ wrote the Sanseido editors. … Jiwaru derives from an onomatopoetic word in longstanding use, ‘jiwa-jiwa,’ which describes the slow spread of something such as floodwaters gradually covering a plain.

We should have a word for this. Maybe it’s jiwaru or maybe it ain’t; the poor thing doesn’t exactly roll off the tongue as smoothly as emoji, but the concept is there for us to grab. Once you have it in mind, you’ll start to see tweets and Vines a little differently. Your favorites, I bet, will strike you with this quality. If the literal meaning alludes to spreading floodwaters, the texture of it might be more akin to the English verb “to dawn,” in the sense of realizing that something mundane is instead bringing you joy.

Take, for example, the intricate story that this Vine by Jay Versace tells with expressions, tone, little verbal interjections. When I came across this in the spring, I probably watched it 30 times. There’s a whole story here, where a lesser talent would’ve dropped in just a single joke.

Or check out this joyfully idiotic Vine of dogs going for a snow-day donut joyride with the stereo blasting One Direction. The clever editing and the choice of music make the jiwaru happen here. This is six seconds you could watch for days.

Some of the most jiwaru videos online are sports Vines — the NBA, in particular, seems to thrive on these, in part because there are 10 guys on the court, and scads of others nearby, who all experience triumph and tragedy in buzzer beaters and world-demolishing dunks.

But video gaming gives us these holy-fuck jiwaru moments, too. Watch this Battlefront Luke Skywalker use the force to send a bewildered snowtrooper flailing off a cliff and into an oncoming TIE fighter. You can tell by the borderline-orgasmic gasps that follow, and his P.O.V. turn to admire the resulting carnage, that his year has just been made.

This moopet who learns the hard way how loaded pistols work is fun to watch six or nine or 20 times because of the foreshadowing, the character clues in the wardrobe and mise en scène; and the punchline of his eyebrows and reflexive ducking at the close. This will never not be funny.

That two-part surprise is key to feeling the water rise, and even in a mere six seconds it can be done. Kids are naturals at this sort of thing, because to them, so much is so new. They invite us to join in their emotional experience without even meaning to — it’s in their very inflection. Just listen to such seemingly banal phrases as “I’m OK” and “Look at all those chickens” become absolute comedy genius. You could go all day trying your hardest and not manage to say anything half as funny. Which of course is exactly the point. This feels like a pure experience, one we want to relive.

Or jiwaru can happen across several notes. Under the hashtag #RnBFacebookfights, may I present Nathaniel Tenenbaum. There’s so much to digest here.

And then there’s this, the most jiwaru thing I could find today. Watch this silly-ass Chewbacca Coke can Vine a couple of times with the sound off. Then listen to it full-throated, and see if you don’t feel bliss just flooding over you.