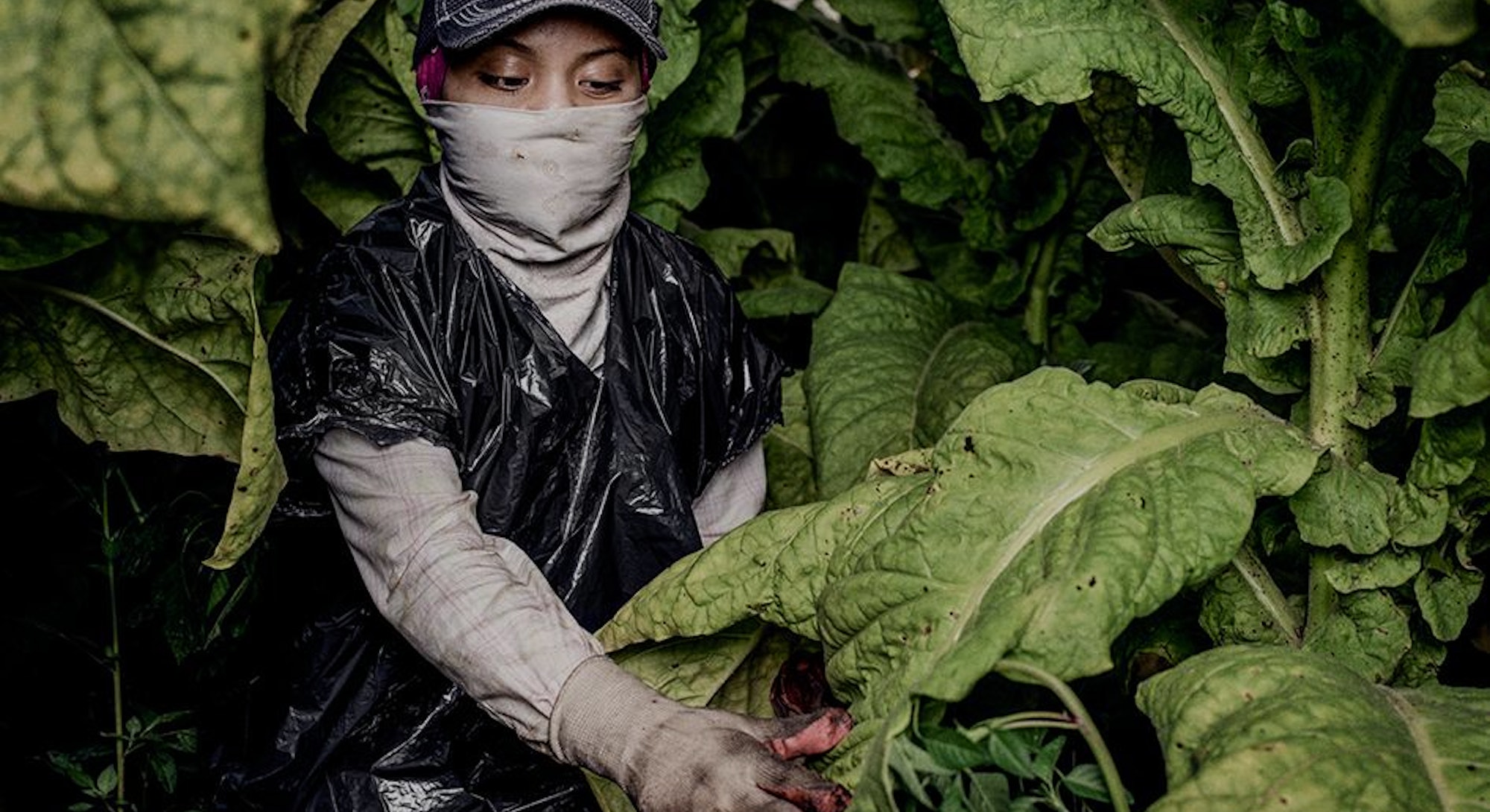 Imagine working long hours tending head-high tobacco plants. You’re hungry but unable to eat your lunch because the smell of tobacco and the pain in your abdomen make it impossible to stomach any food. The dizziness, nausea and fatigue persist even after you leave work. The vomiting and headaches keep you up at night or drive you to the emergency room.

The watchdog group Human Rights Watch says this is exactly how child tobacco workers live in the United States. After interviewing 26 minors aged 16 to 17 working in North Carolina tobacco fields, the group has published a report, “Tobacco Farms No Place for Teens,” that describes the findings and calls on the legislative and executive branches to step in and close a legal loophole that permits children as young as 12 to work in the nicotine- and pesticide-rich environment of a tobacco field. All of the interviewees were children of undocumented immigrants.

“This painful stomach ache hit me. It was so strong that I was crying at night.”

“At work, I was feeling kind of sick, like something was wrong with me,” seventeen-year-old Ines R. told Human Rights Watch. “And then, in the night, that’s when everything started … This painful stomach ache hit me. It was so strong that I was crying at night. My mom was going to take me to the emergency room, because I was feeling really bad. And I started puking. I think I threw up three of four times that day.”

She said she was sick for another three days.

The illness plaguing these young people is known to toxicologists as “Green Tobacco Sickness,” a form of nicotine poisoning caused by direct absorption of nicotine through the skin. Rarely fatal, its symptoms are nevertheless frightening, particularly for affected children. In its acute forms, Green Tobacco Sickness can cause seizures, vomiting and difficulty breathing.

The Center for Disease Control has had Green Tobacco Sickness on the radar for some time, with publications on its website going back until at least 1992. But Human Rights Watch found that the children had not been warned about the possibility of nicotine poisoning — nor provided with a place to wash their hands before an on-the-job meal.

Nicotine isn’t the only dangerous substance in these fields, either. The children interviewed by Human Rights Watch say that they were regularly exposed to pesticides. Many report working downwind while fields upwind are being sprayed. Human Rights Watch notes that pesticide exposure is a particular problem in the tobacco industry because of the nature of the work:

Federal law exempts the agricultural industry from many child labor requirements. Twelve-year-olds may legally do any agricultural work with the permission of their parents, and fourteen-year-olds don’t even need that. (The law does prohibit work classified as “hazardous” by the Secretary of Labor, but that doesn’t apply to walking the fields.)

Since a 2014 Human Rights Watch report, the tobacco industry itself made some changes. Altria Group and Reynolds American, the two largest American tobacco manufacturers, prohibited the employment of children under 16 on farms in their supply chains. Human Rights Watch says this doesn’t go far enough, and is calling on Congress to prohibit children from doing hazardous labor on tobacco farms.

A spokesman for Altria Group told Al-Jazeera that the company would continue to hire children 16 and up as long as they meet all legal requirements.

“We may not agree with Human Rights Watch on all of the remedies they’re proposing —[raising the minimum age to 18] being one of them,” Jeffrey Caldwell, a spokesman for Altria Group, told Al-Jazeera. “But we are remaining in dialogue with them and other stakeholders to address any concerns that are raised.”