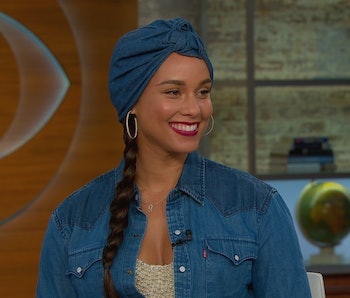 Alicia Keys appeared on CBS This Morning to announce this year’s Grammy field. And… the nominees… are:

lol who is James Bay — Grammys gonna Grammy. Record of the Year:

Song of the Year:

Album of the Year:

Given that the Grammys like a coronation, I’d expect a Kendrick Lamar (11 total nominations) or a Taylor Swift sweep, although very few of these choices — outside of the ever-indefensible Best New Artist — seem as out-of-touch as the choices in year’s past. In terms of well-roundedness, look no further than Album of the Year: Alabama Shakes representing the indie rock/Apple commercial crowd, Chris Stapleton as the appointed country representative, the year’s most political record and two of its biggest, Max Martin-led pop records. It’s a good field and we’ll at least get some good performances out if it.

Check out all the nominees in all categories here.

The Grammys will air February 8th on CBS.