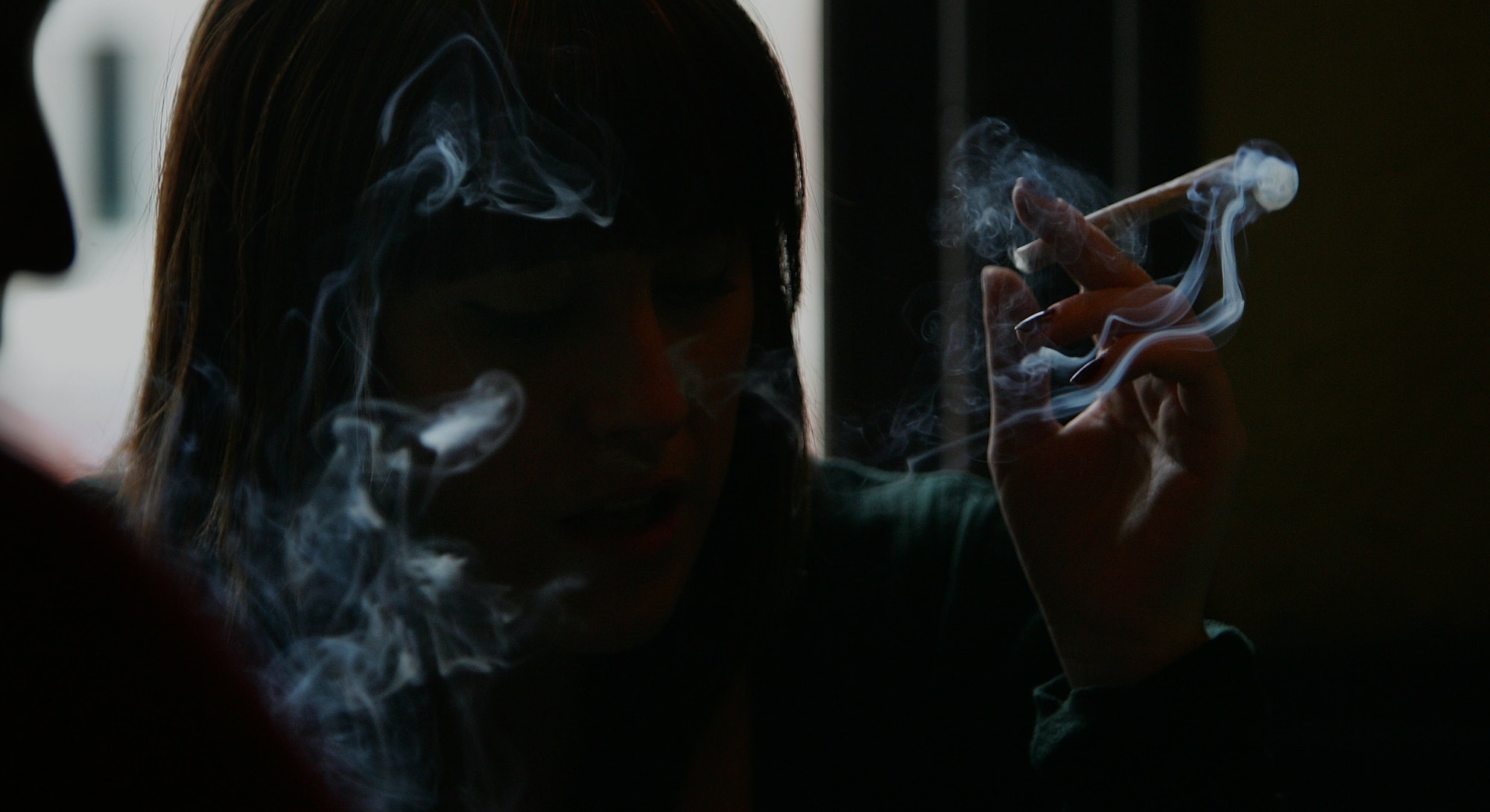 I’m sitting in Denver, Colorado. If I felt like catching a nice buzz while I worked, this is about how difficult it would be to go get a joint, gram, dab, oil, chocolate, or some weed shit I haven’t even heard of yet:

Even if you’re not a resident of Colorado, Washington, Oregon, Alaska, or D.C. — and more to come — all you have to do is call a “dog walker,” hop on a flight, or get in your car and you’ll be toking in no time. Well, in less time than it takes to fly all the way to the Netherlands anyway. And that’s how it used to be. Students and the joyfully unemployed used to have to take the long journey to get to a legal high. The Amsterdam coffee shop experience was an American cultural rite and — from Pulp Fiction to Deuce Bigalow: European Gigolo a bit of cultural shorthand for chillin’.

That’s over. And it isn’t gonna come back.

First things first: Amsterdam’s marijuana experience, itself, has changed — and not because of any stateside influence. The government is cracking down on pot that’s more than 15 percent THC — a relatively low amount — and making the shops choose between weed and booze. Over a decade ago, I got so geeked out on joints ‘n’ Heineken that the next day’s visit to the Anne Frank House was one of the most guilt-inducing moments of my life. Who would deny another tourist such an experience?

I asked Bertil Brummelhuis, a manager of Green House Coffeeshops, if he noticed a drop in American tourists, and whether it was due to stricter laws there or looser laws here. “It is both,” he told me. “We would say it’s because of the legalization in the States. Another reason that visitors dropped is that the Dutch government implemented a ‘weedpass.’ This would mean that only Dutch residents were allowed to buy. In Amsterdam this did not happen. The news was already out there, so that meant that visitors dropped because they were misinformed.”

It’s all not peachy in the city of Amsterdam, though. “The only thing that changed in Amsterdam is the amount of coffeeshops,” Brummelhuis says. Still, some have a positive ‘tude about the new Amsterdam. A representative from Grey Area — one of the shops that I puffed at, myself — sent me this note: “No drop here. Business is better than ever!” It’s an interesting take, and one that’s tough to completely refute. American tourism in Holland, according to the Dutch national marketing board, has only decreased one percent from 2000 to 2014. Still, Dutch inbound tourism, in general, increased 39 percent over the same period.

Even if pot smoke still fills the air, the Amsterdam of 2015 isn’t the Amsterdam of 2005. But, even the Denver of 2015 isn’t the Amsterdam of 2015 because no U.S. state has legalized public marijuana consumption. There are no coffee shops here. (Colorado Springs has some shady private cannabis clubs.) A Denver group, the Campaign for Limited Social Use, is advocating for what its moniker delineates. But, they pulled the measure from this year’s ballot in favor of talking to business and government heads. The backers are still threatening to put the issue on next year’s slate if the powers-that-be don’t cooperate, and they have some [favorable polling](https://ballotpedia.org/Cityof_Denver%22LimitedSocial_Marijuana_Consumption_Initiative%22(November_2015) at their backs. As Mason Tvert, the director of communications for the Marijuana Policy Project, put it in an email to me:

Our conversations with Denver city officials continued following the withdrawal of the initiative and they are still ongoing. There is also a lot of discussion taking place at the state level, so there are a lot of moving parts to the issue right now. I don’t really have any further details I can report at this time, but we remain committed to working with the city and the Denver business community to adopt a reasonable law that allows for the social use of marijuana by adults in Denver.

If the group succeeds, will Denver become the next Amsterdam? Unlikely. “Amsterdam” was a place that existed during a specific moment in time and that time has passed. The halcyon days of glassy-eyed American study abroad students hazily negotiating the paths besides the canals of the Netherlands are behind us. If the laws continue to loosen stateside, perhaps America can do the Dutch a trippy favor.