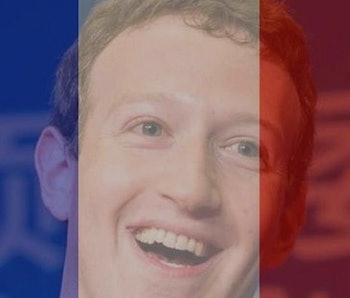 Backlashes were inevitable, but the outpouring of non-support for those embracing Facebook’s tri-color filter in the wake of the Paris attacks has been epic in scale. Also vitriol. But should effortless catharsis really piss us off so much? University of Central Florida social media researcher Stephanie Vie, Ph.D. doesn’t think it is, but she sees the controversy as a natural byproduct of cultural change. Social networking sites are simply shaping the way we show support. Defining support, however, is still very much up to us: We could force Zuckerberg to change his approach. We could also not.

The first thing to understand, Vie told Inverse, is that people aren’t outraged that it’s easy to throw filters over profile photos. What makes people angry is that it’s easy and doesn’t seem to do anything. The anger is based not on the thing itself, but on a notion of what it means to do something. It’s for this reason Vie prefers the term digital activism to the more popular term Slacktivism, the portmanteau favored by the aging commentariat.

“Slacktivism sounds like you’re immediately dismissing the potential for actual impact out there,” she says, adding that, while understandable, this kneejerk reaction is intellectually lazy.

To illustrate social media’s ability to spur change, she points to a study published in Nature describing how a single “I Voted” Facebook post increased voter turnout by 340,000 individuals during the 2010 elections. Similarly, she says, the Human Rights Campaign, which turned Facebook into a sea of red equals signs in 2013, saw record-breaking traffic to its website. When people arrived there, they were hit with a barrage of big ideas. Ideas — specifically the ones that are less facile than flags — are meaningful and do change public debates.

“Anything that can increase someone’s political participation — that’s important,” she says. “It’s a useful way of taking a technology to have a meaningful impact in what we might call the ‘offline’ world.”

Vie is optimistic, but she isn’t naïve, either. Digital activism has a long way to go before it’s useful in a tangible, practical sense. Vie realizes that its critics aren’t likely to categorize “raising awareness” or “increasing understanding” as valid forms of activism, at least not anytime soon. And she admits that there are bandwagoners out there who have no idea what their tricolor photos means to the rest of the internet. Still, the galvanizing power of social media is too strong to ignore. Facebook’s filters don’t, in her opinion, represent a perversion of that promise, just a lack of ambition.

“If Facebook or Twitter, which are massive, could throw their powerful weight behind telling people not only ‘We want you to change your profile picture to support Paris’ but also “We also want you to support the Paris Red Cross, here’s a quick and easy button to do that’ — that would be fantastic.”

This way, she says, digital activism would have an impact both online and offline, appeasing critics who stand by traditional definitions of “support.” Of course, social networking sites will run into the logistical issue of which causes to support — why not Syria? or Lebanon? — but giving people some options to do good, Vie says, is better than giving them none.

Ultimately, technology changes in response to what developers think the audience wants. If the outrage toward slacktivism overtakes the pleasantness of the tricolor than we’ll likely see change on the systematic and development front. We’ll get better tools. In the end, Vie says, digital activism exists because of our natural impulse to want to do something.

“We can critique it, or we can try and make it better,” she adds. “But we should never shut it down.”

More like this
Innovation
Sep. 12, 2022
This space diamond could transform manufacturing on Earth
By Nathaniel Scharping
Innovation
Sep. 21, 2022
Gaming tech could ease pain during surgery — here’s how
By Sofia Quaglia
Innovation
Sep. 20, 2022
A rodent "backpack" could speed up cancer drug discovery
By Hannah Thomasy
Share: