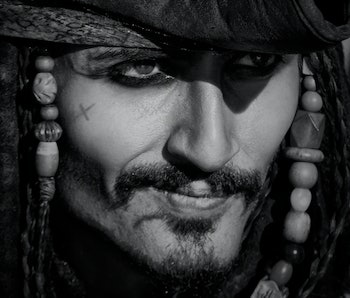 Scurvy, once the scourge of pirates and buccaneers, was supposed to have gone down with the Jolly Roger. Vitamin C deficiency, after all, is so stupidly easy to treat that even 15th-century seafarers eventually figured out that citrus slices would put an end to the bruising and bleeding gums (thus the American term “Limey” for officers in the Royal Navy). Still, despite the seeming ubiquity of orange juice, supplements, and $10 smoothies, physicians like UCSF neurologist Dr. Karl Meisel say the disease is relatively common among men aged 20 to 39.

If someone were going to get scurvy, it makes sense that said someone would be in college. Patients arrive with the general agitation, aches, malaise, bruises, bloody gums, and loose teeth after subsisting on inadequate diets for three to four months. Reports of college kids contracting the disease aren’t as uncommon, which is both logical and completely insane.

Still, when it comes to scurvy, there are bigger issues at play than bad choices in the cafeteria. Meisel is more concerned with the role socioeconomics plays in nutritional deficiencies. The scurvy case studies he describes in his recent paper in the journal Neurology were all individuals living in a “food desert” — in this case, an Air Force base converted into low-income housing for victims of Hurricane Katrina. “They were far away from a true grocery store, and oftentimes processed foods were much more common,” says Meisel. The environment was, on a dietary level, equivalent to being on a boat at sea.

Compounding the problem is the fact that physicians rarely diagnose the symptoms of vitamin C deficiency as scurvy anymore, chalking them up to other nutritional deficiencies or fibromyalgia.

“It’s kind of gone under the radar because we think it’s a bygone disease,” Meisel says. To prove the contrary, he refers to a 2009 study looking at the nutritional status of a cross-section of 7,200 Americans. Turns out that adult vitamin C deficiency still ranges from about six to ten percent of the population, depending on race, sex, and income level. At the time the survey was done, six percent of the population meant 17.6 million people were at risk of scurvy. While the study shows that deficiency rates have dropped since the last time data were collected, the numbers are still alarmingly high for a disease that was effectively cured centuries ago.

The good news — and the most frustrating news — is that scurvy is very easy to treat. Meisel’s hope is that his research will encourage his fellow doctors to go back to checking out their patients’ diets, a step that many seem to overlook when doing differential diagnoses based on neuropathies. And if patients can’t balance their diets on their own, he says, a nudge from their doctors is all that’s necessary.

“Just replacing a couple of snacks of chips with an orange — or any fruit — would be hugely helpful,” he says. “That’s all it takes.”

More like this
Science
8.5.2022 1:00 PM
The most miraculous sci-fi movie on Netflix reveals a scientific debate over aging
By Tara Yarlagadda
Science
20 hours ago
45 years ago, the first Space Shuttle made history without going to space
By Allie Hutchison
Science
18 hours ago
Astronomers pinpoint the source of a mysterious cosmic particle
By Kiona Smith
Share: